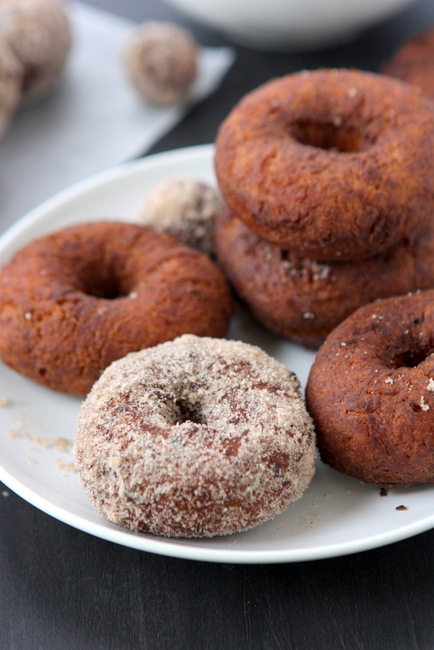 I feel like I ought to write something interesting for you guys today, about my life or what I’ve been doing. Truth is, I don’t have much to report. I feel lame for just talking about food all the time (“look at this awesome soup!”), but the fact is: my head is up in the clouds! 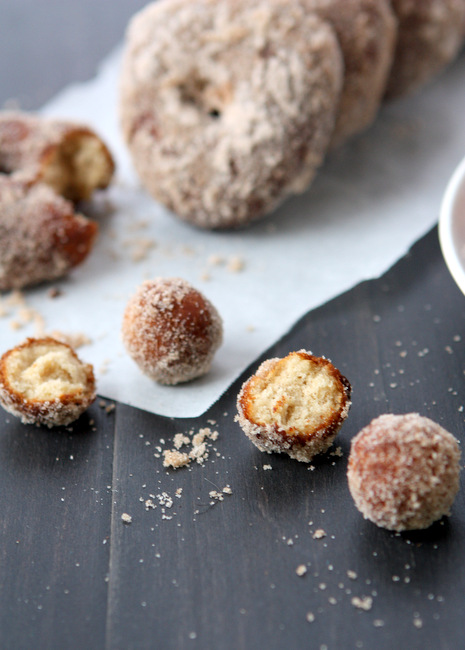 I’m always amazed at how other food bloggers can talk about their day (taking their cat to the vet, or picking up the kids from school, or just working in a coffee shop) and make it sound SO EXCITING! I’m pretty sure the vet trip *wasn’t* exciting, nor did they really aim to make it sound exciting, but here I am talking about their trip to the vet. Clearly it stuck with me. 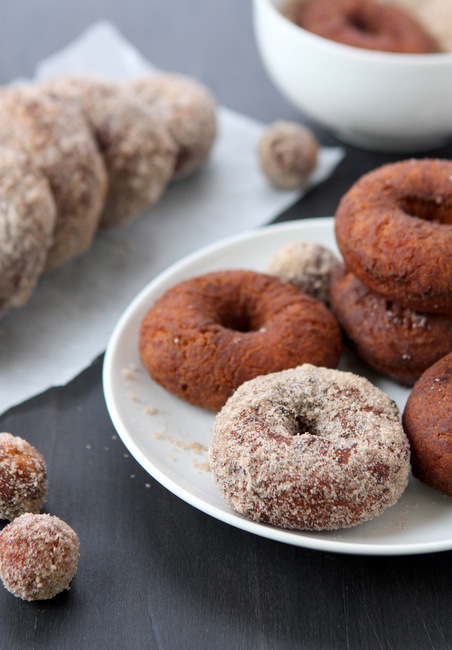 Do you want to hear about my metaphorical trip to the vet? We don’t have pets, so my “trip to the vet” might just be my trip to the grocery store, or to the library, or the gym (err, as if that happens). My point here, is that I’m trying to aim higher and give you something INTERESTING, and struggling to come up with anything. So, I’ll just talk about the doughnuts. Clearly I need to do some writing exercises to get my creative juices flowing again! 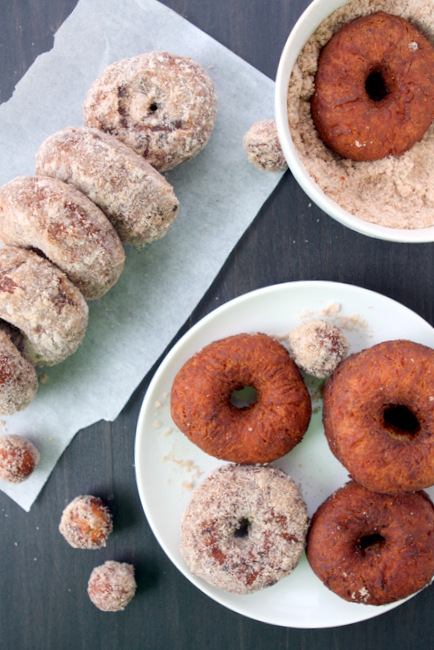 I’ve been wanting to make apple cider doughnuts for a while now, but every time I buy apple cider I end up drinking it before I actually DO anything with it. Not this time! The key to these doughnuts, in order to actually have a good apple cider flavor, is to start with three cups of apple cider and reduce it down to less than one. SUPER FLAVOR APPLE CIDER CONCENTRATE. Heck yes. 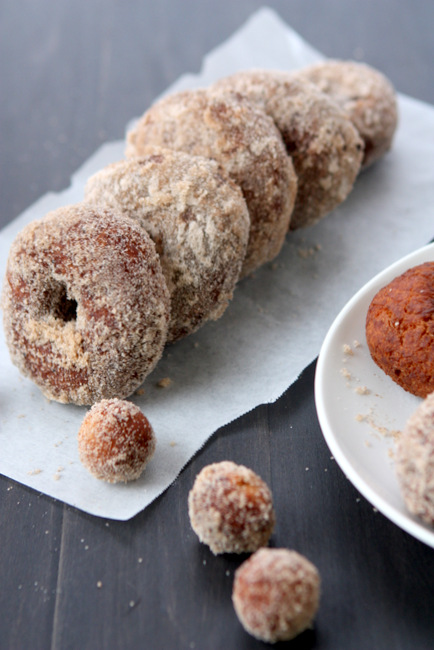 You know the rest: make your dough, heat up your oil, fry these babies up. I dipped mine in cinnamon-sugar immediately after frying (otherwise it won’t stick!): good choice. You could also make a glaze — I would have done powdered sugar and apple cider, had I gone that route. Now that sounds really good… maybe I have afternoon plans for today! Ha!