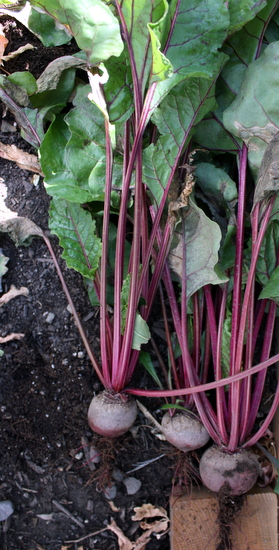 I missed the boat for the August garden update... My bad. But here I am with an early September update just for you! This will probably be my last update of the year — but maybe we'll be going strong in October and I'll feel motivated to keep updating. We'll see!

Things have definitely picked up, or are on the verge of picking up. 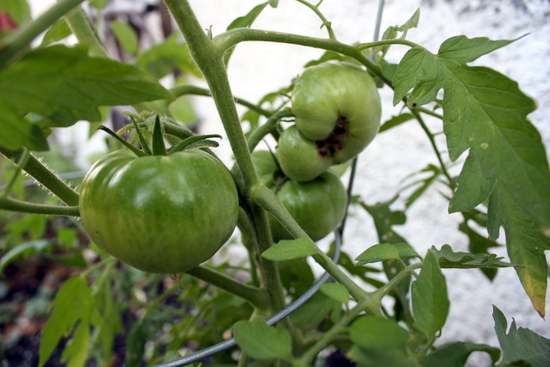 Tomatoes are going crazy. They aren't necessarily ripening yet, but when they do we'll be eating caprese salad morning, noon, and night! Our cherry tomato plant is the only one that has ripened at all, producing 6-10 ripe tomatoes each week. It is FLOURISHING though — growing like a weed! The others all have green tomatoes on them, and we're anxiously awaiting their arrival to tomato-hood. 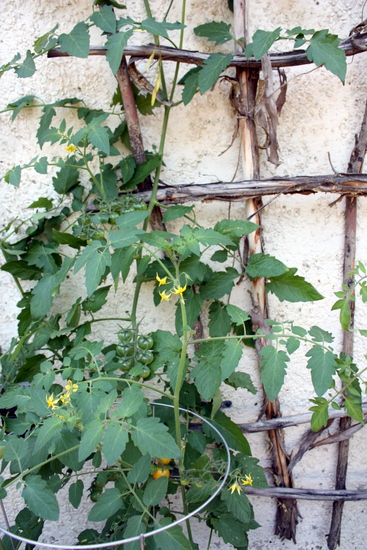 The herbs are doing great, although they're not as huge as I wish they were! I suppose that's what I get for starting everything from seed, and then being impatient and picking them often. I'm soon going to move one basil plant, and one rosemary plant, into large pots to keep in the greenhouse all winter. Hopefully they'll continue growing and be huge by next summer! 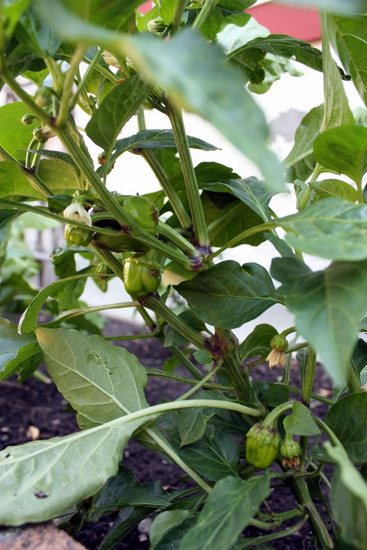 Our bell peppers are starting to produce also! Not quite ready for harvesting yet, but each plant has 5-8 little peppers on it that are growing alarmingly fast. Woohoo! 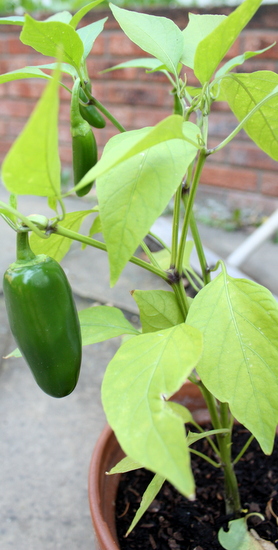 I used our one little (well, not so little) jalapeño the other day, and there are five more growing quickly! Can somebody say "jalapeño poppers"?

Carrots are getting big, hopefully another few weeks and they'll be ready!

The swiss chard I planted in the middle of July is looking ready for harvesting — hopefully it will grow for another month or so! 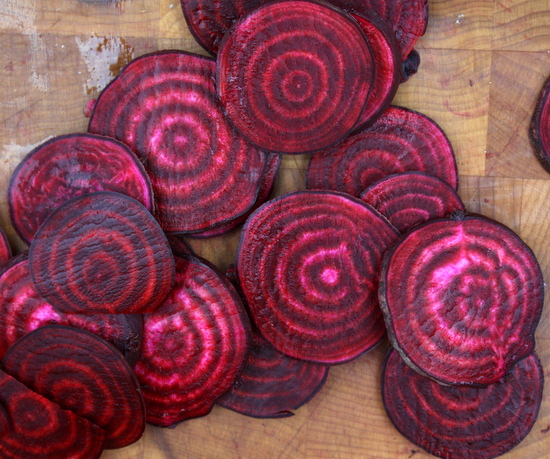 I harvested some of the beets (in the same day I used tomatoes, beets, basil, and zucchini from the garden! YES!), and made beet chips. They were pretty little, but delicious! I even got Derek to eat them — which is a serious success. I threw the beet greens into a stir fry later that night. 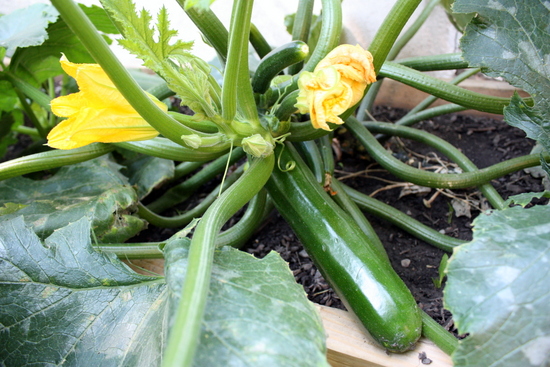 My zucchini are FINALLY growing to full size! Some of them are still dwarves, but I'm getting about one full-sized zucchini each week. I'm psyched about it, and have some delicious zucchini recipes to share eventually.

Everything else is fairly uneventful, but still producing a bit. I've learned a LOT from the last few months of gardening, and hopefully will be a much more effective gardener next year. I'm really excited to see how long I can keep some plants producing in the greenhouse as the weather gets cooler here.

That's it for this brief update — better late (and little) than never (and nothing!), right?