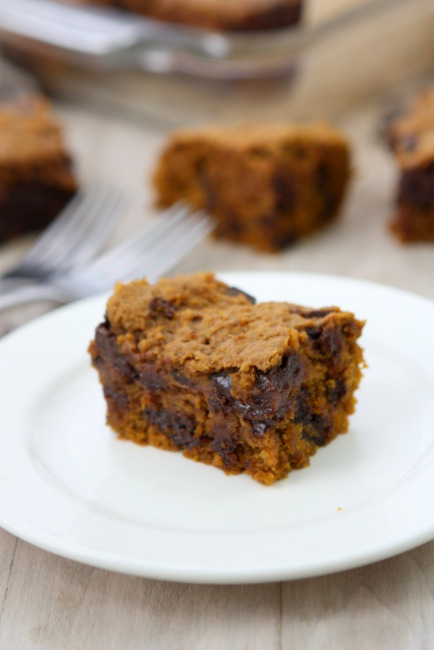 Well, that's a mouthful! Literally. You're going to be shoving these in five at a time, so don't expect to get much chatting done if you take these to your afternoon tea. Not gonna happen! 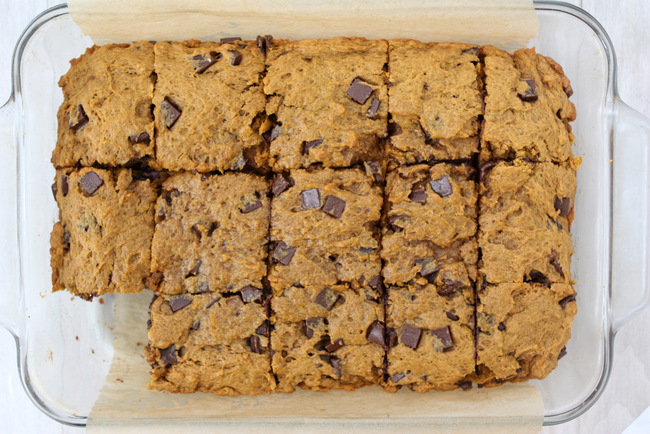 This weekend was a last minute stay-at-home weekend, mostly because I had a meltdown about all the stuff I had to do and botched our camping trip. Oopsies. We just postponed, so we'll do it this weekend, which was probably a good thing anyways: with all of the flooding in Boulder, our condo (now that we're married I can lay claim to it, right? ha!) has needed some attention. Luckily, the condo association has been taking care of big stuff (pumping out water, tearing up carpet, assessing drywall, etc), but um... take a look. Might need some attention from us in person soon! Trip to CO, anyone? 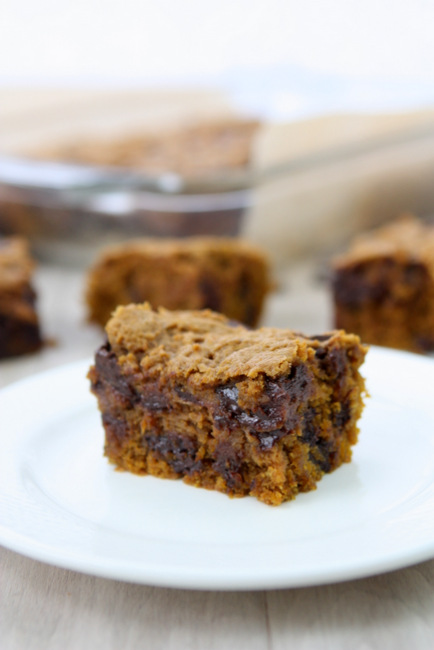 The good news is that the tenants moved out earlier this month, so nobody was living there, and it's completely empty. Whew! 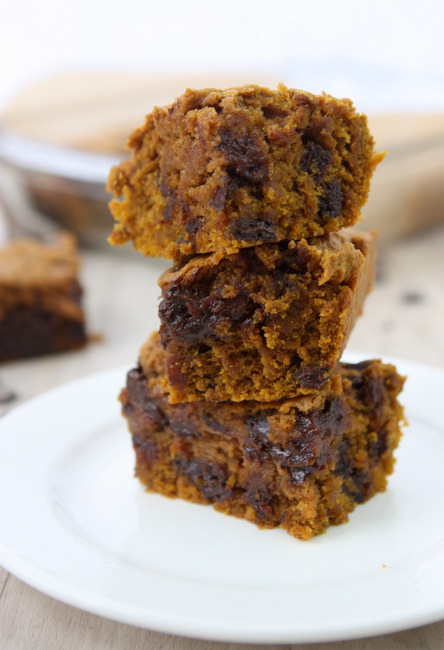 Not that I can really call any baking I do "stress baking" — since I'll likely be baking whether or not I'm feeling it, these bars were my Friday morning fix-the-world task. They may not have solved problems in Syria, but they certainly made my morning better! 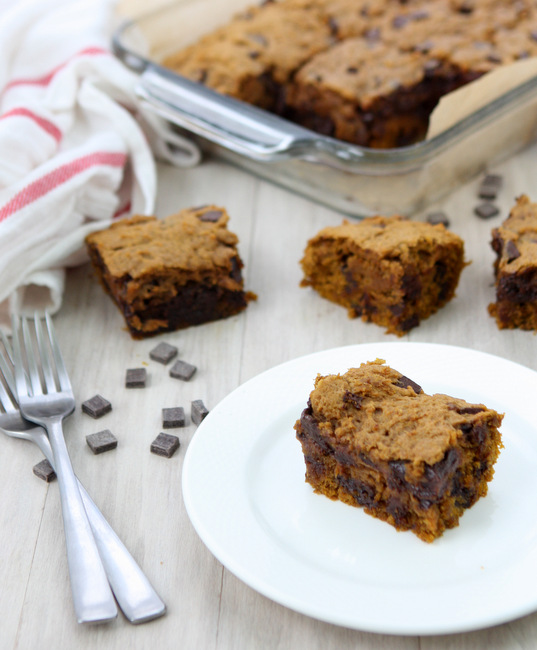 I was aiming for a dense, brownie-texture pumpkin bar: nailed it! They're surprisingly dense — not cakey — and considering I dumped an extra ½ cup of chocolate chunks (oops/not oops), mine were especially gooey with chocolate. I'll take it! 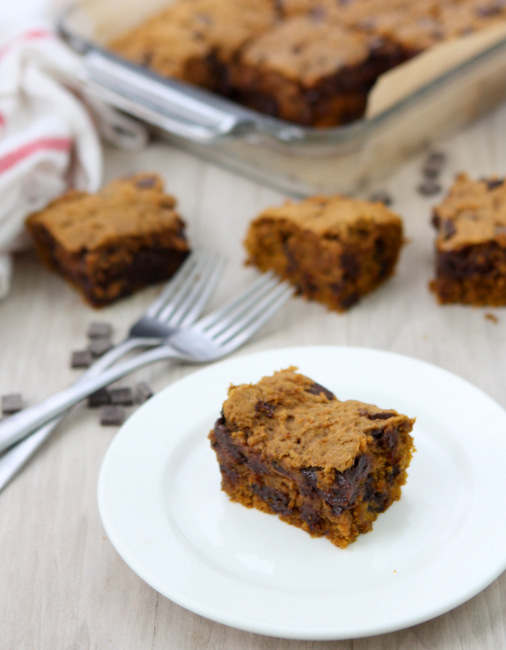 The real winner here, as usual, is the brown butter. DON'T SKIP THE BROWNING. It's always a pleasure for my nostrils, and this time I really had a hard time not eating the batter before baking. Tastes. SO. GOOD.