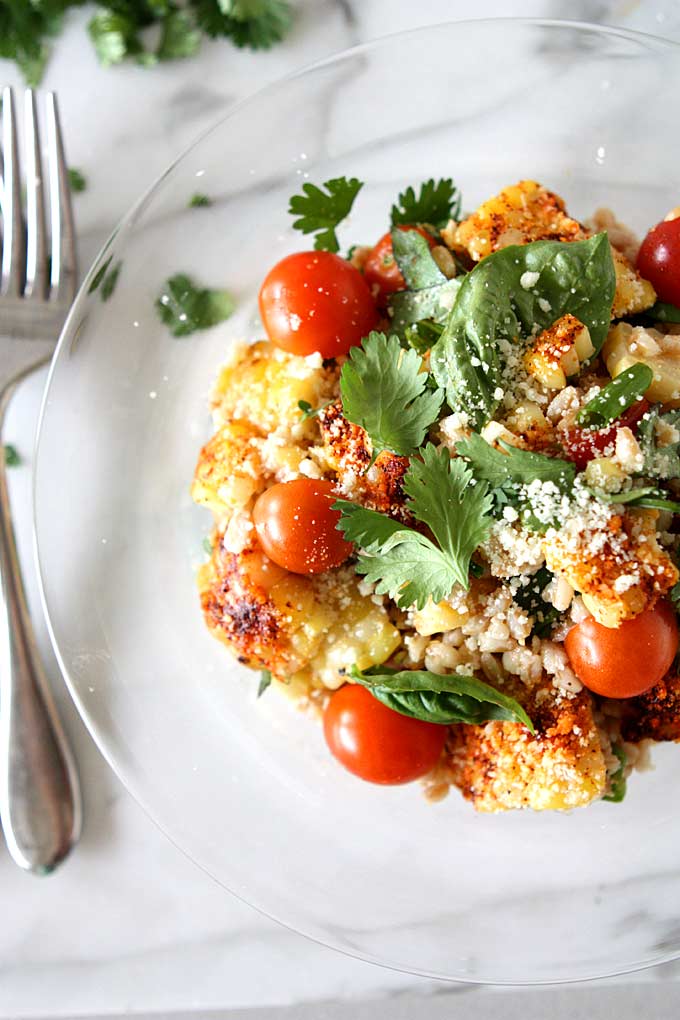 I should have grown up on a farm. I knew it then, I know it now, and WHY DIDN’T MY PARENTS MOVE FOR ME? Now that I’m a bit past 10-years-old, I understand why they didn’t succumb to my pressure to move into the country {along with my never-ending pressure for them to have another baby}… but I maintain that I was born for farm life. I don’t need anything massive, but big enough for a massive garden. And an orchard. And a few cows, pigs, chicken, goats, sheep, ducks, etc. Is that too much to ask? I have years of manual labor under my belt, so I’m not afraid to get my boots dirty! 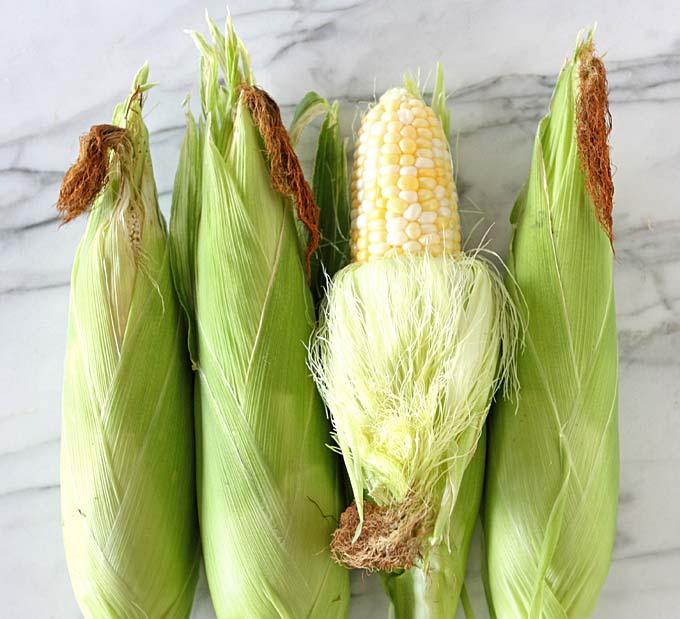 Despite growing up in the city, I do think of myself as somewhat of a country girl. I loved living in Bozeman, which is much smaller than Portland, and spent as much of my time as possible during college and my early 20’s living in a tiny tiny town in rural Colorado. I absolutely loved it! Sure, I missed the culture and convenience of a big city, but living in the country has some major benefits. Like the lack of noise. And abundance of land. And access to the outdoors. And a community feel. And FARMS. And FARMHOUSES! Oh my gosh. My imagination just sprinted out to the side there and now I’m picturing gorgeous wooden farmhouses with plenty of windows and beautiful floors. That’s a tangent for another day. 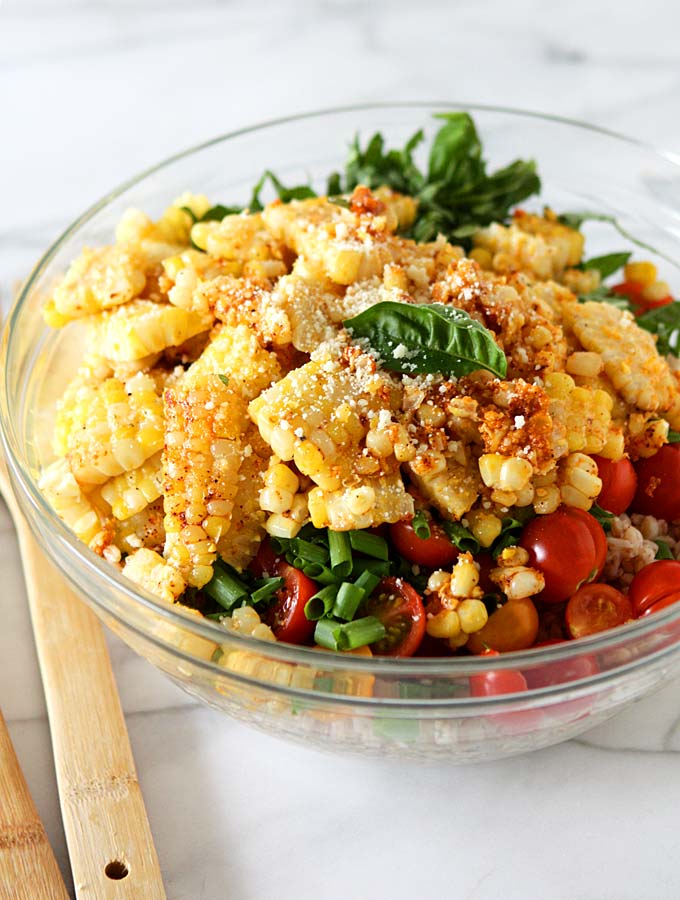 Even though my parents still refuse to buy me a farm {come on, parents!}, being home with my Mom has given me ample access to produce. I mentioned yesterday that she has a massive garden/orchard, so pretty much everything you see on TKP for the next month will probably be straight out of the garden. Right now she has corn, tomatoes, kohlrabi, herbs, carrots, onions, chard, other greens, beets, plums, apples, beans, squash — and much, much more. Where do I even start!?!? 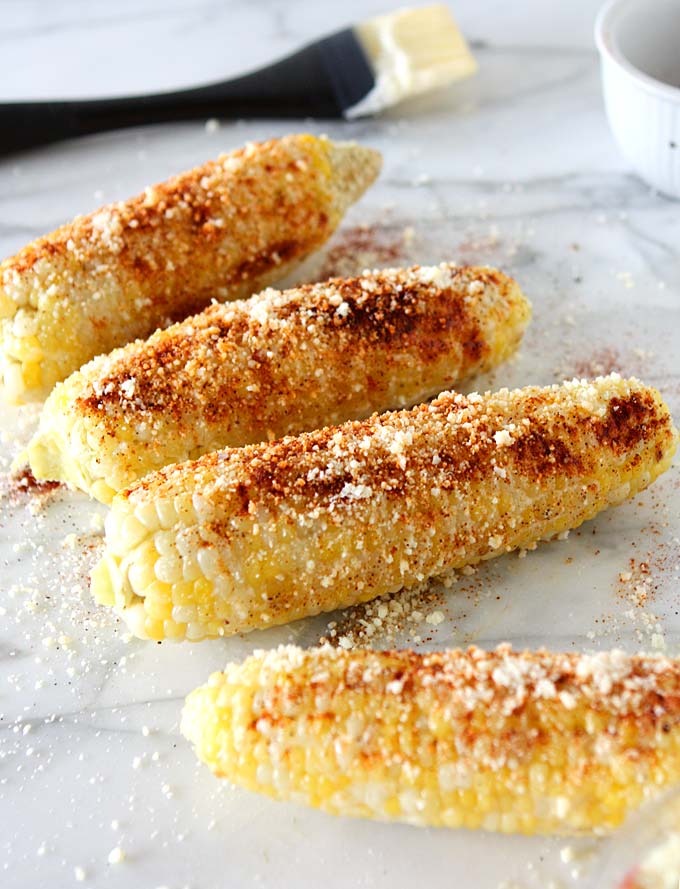 This recipe came from her saying “we need to use the corn TODAY!” So, use the corn I did! But not without first totally trashing it up into delicious Mexican street corn! Have you guys ever had elote? It’s basically corn with butter/mayo, chili powder/paprika, and cheese. Usually cotija, but I had a heck of a time finding it {to be fair, I was shopping at the Asian supermarket}, so I used parmesan instead. It worked just fine, but I’ll stick with cotija in the recipe! Then I had tons of basil to use up, and a never-ending stream of tomatoes. Into the salad they go! 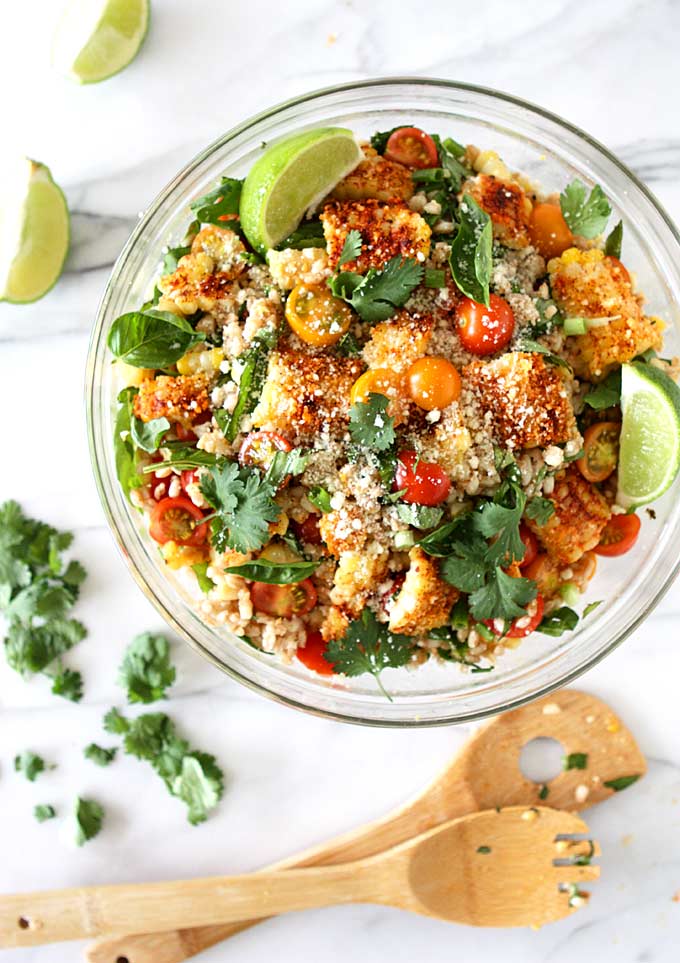 As for the farro — have you guys tried farro yet? We had an out-of-this-world farro salad at the wedding we attended last weekend, which sent me on a farro-finding mission. I’ll warn you: you might also be seeing tons of farro, because I AM IN LOVE internet casinos. That texture! I can’t get over it! It’s the perfect chewiness! If you want a satisfying textural experience: eat farro. It’s amazing. And quick to cook! It takes about 20 minutes, so you don’t have to worry about planning ahead here. 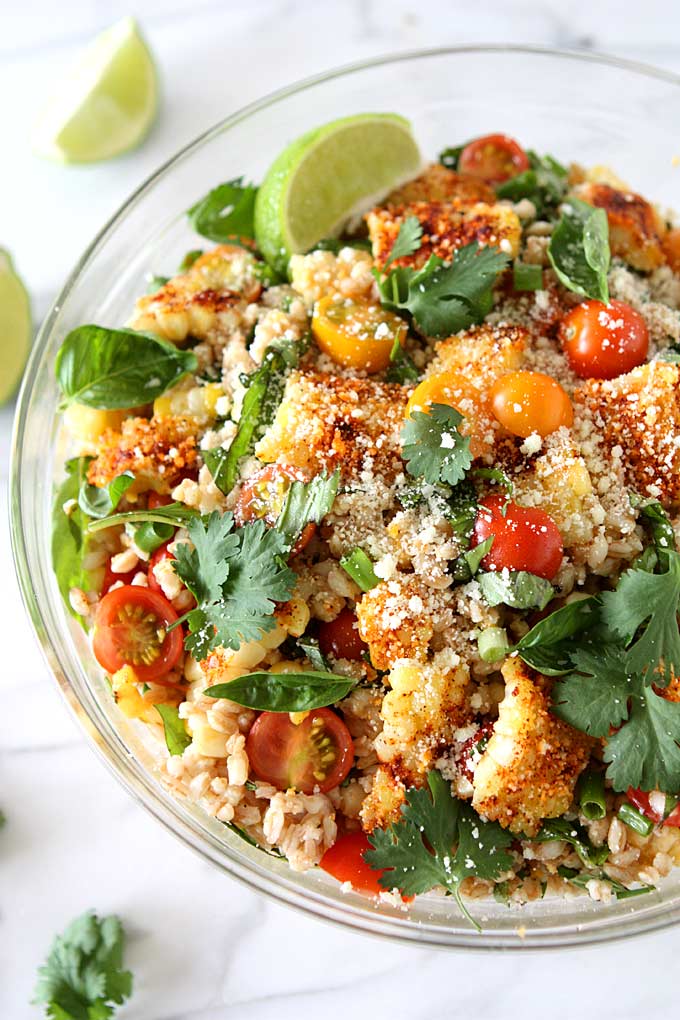 As with nearly every recipe I post here, please improvise and add whatever veggies you have on hand! Peas or shredded carrots would be delicious in here! I even considered throwing in some black beans, but got lazy and kept those out of the mix {this time!}.

This veggie-laden salad has flavors of Mexican street corn (elote), plus an abundance of fresh summer vegetables and herbs!