Notice: Function add_theme_support( 'html5' ) was called incorrectly. You need to pass an array of types. Please see Debugging in WordPress for more information. (This message was added in version 3.6.1.) in /var/www/wp-includes/functions.php on line 5831 Five Places you MUST Eat in Hoi An, Vietnam — The Kitchen Paper 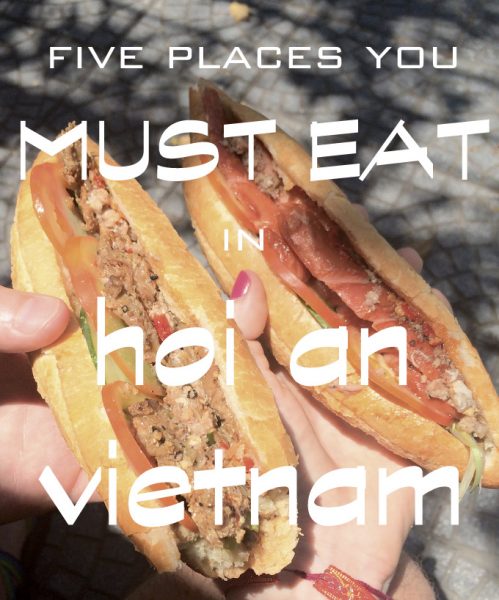 After spending five weeks in Hoi An, we certainly had some clear favorites for restaurants! There are plenty of places to try in Hoi An, ranging from budget to extravagantly-expensive, but you’ll find something to fit your budget. My two favorite places (the top two here) were $1 each, so sometimes more money doesn’t mean better food! 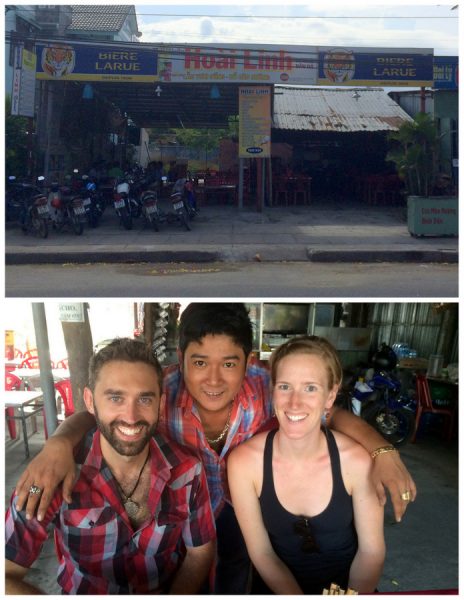 Hoai Linh’s restaurant was just a few blocks from our house, so we ended up eating at his place quite often. He serves the typical “tourist” menu of Vietnamese food, which either he or his mother cooks. It’s all delicious {typical} food, but the great thing about Hoai Linh’s is Hoai Linh himself! We really enjoyed chatting with him as we ate our meals, and learning about his family, life in Vietnam, culture, etc. He really became a friend! In addition to eating at the restaurant, Derek would go play Chinese chess (his new obsession) with Hoai Linh most afternoons. He’s just a super friendly guy, eager to talk and have a fun conversation!