Notice: Function add_theme_support( 'html5' ) was called incorrectly. You need to pass an array of types. Please see Debugging in WordPress for more information. (This message was added in version 3.6.1.) in /var/www/wp-includes/functions.php on line 5831 Garlic Sesame Crispy Pan Fried Noodles Recipe 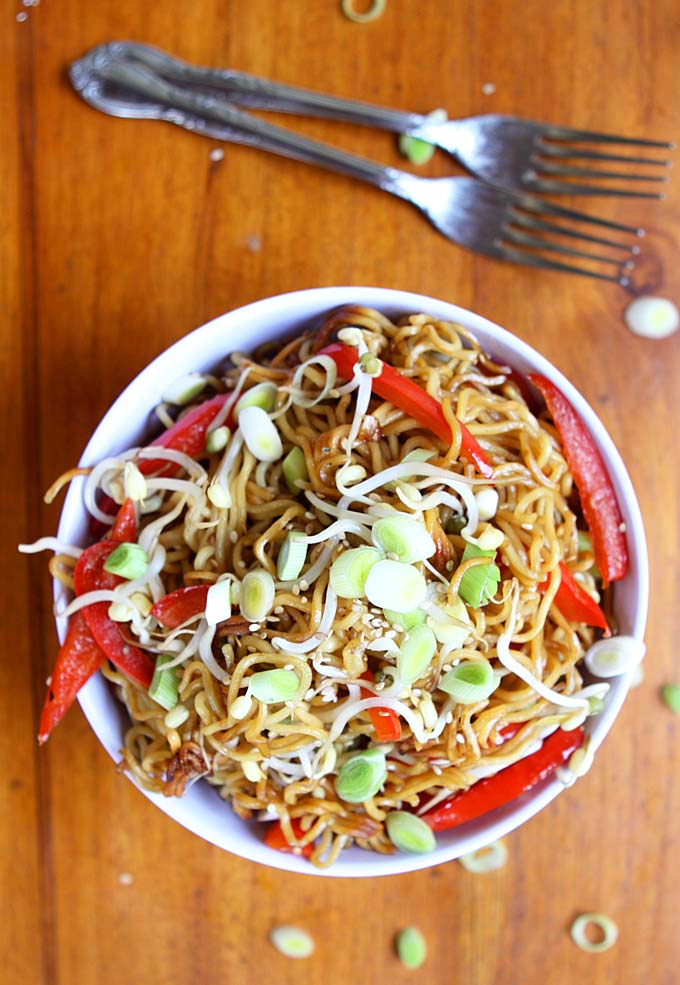 It feels SO weird to not be spending all day today baking bajillions of pies and custards and cakes and sweets — as is my usual M.O. on the day before Thanksgiving. I don’t miss the “OMG DID I FORGET ANYTHING” feeling of it {but let’s be real, I never forget anything ;)} but I DO miss the baking. And the family. And the fall weather that Oregon is no doubt bestowing on everyone lucky enough to live here. Aaah fall. I guess fall is actually rapidly coming to a close, as winter forces its way into the US! 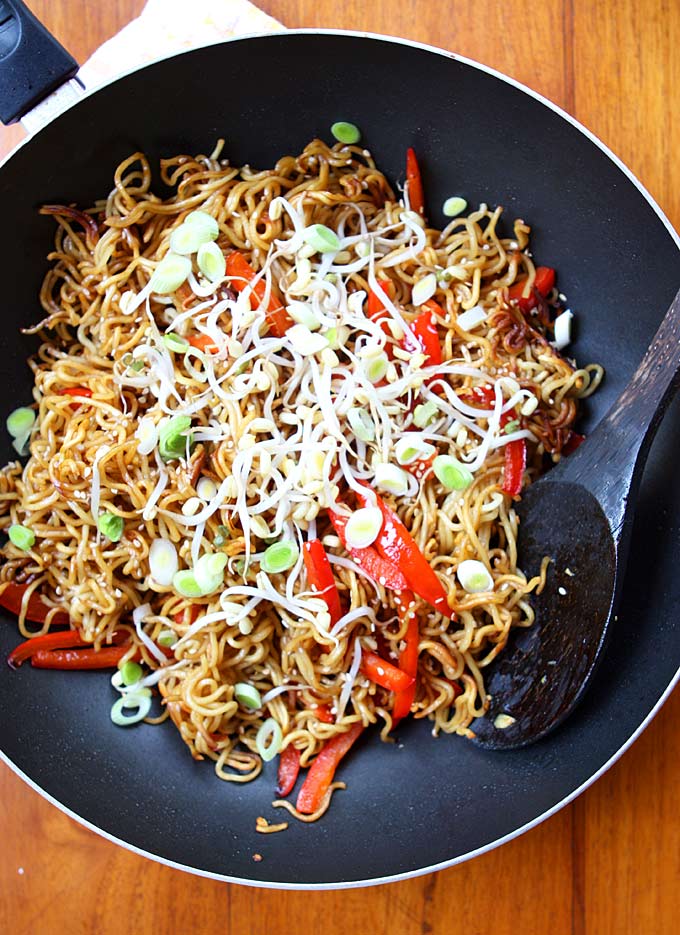 Instead of baking pies and all-things-pumpkin, I’m here eating noodles and all things SESAME OIL. Yes, we’re back on the toasted sesame oil train! Beware! We never actually got off of that train, but sometimes I distract you with mashed potatoes and other non-sesame oil recipes. I’m not sure why we could anything without toasted sesame oil, honestly, so … I’m pretty much the train conductor. I’m ending this metaphor before we get too far. Moving on! 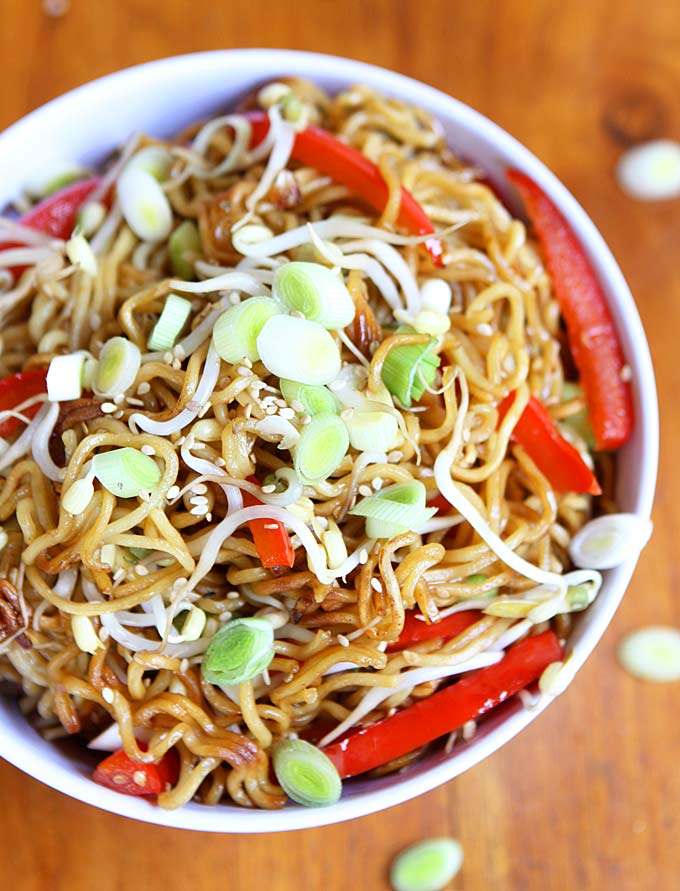 These noodles are s.o. a.w.e.s.o.m.e. Like that punctuation? Yeah. Yeah. Really though: egg noodles are distinctively chewy and satisfying. Cook them for a little bit, and then FRY THEM IN OIL: You cannot lose. You really cannot. PLUS they’re pretty much smothered in all things saucy — in the most amazingly flavorful way. I wanted a kicker of a garlic dish, which of course goes with soy, hoisin, honey, and — you guessed it — toasted sesame oil. You could add in some ginger if you wanted, and then you’d pretty much have these noodles. Well, not really. But these sauces do have some common ancestors. THANK GOODNESS FOR THAT! They’re really awesome ancestors. Like Mulan’s ancestors. Anyone? Am I the only one who still loves that movie? I may or may not have re-watched that sometime in the last six months… Mostly just for the chance to sing along. TO DEFEAT… THE HUNNNNNS! Anyone? 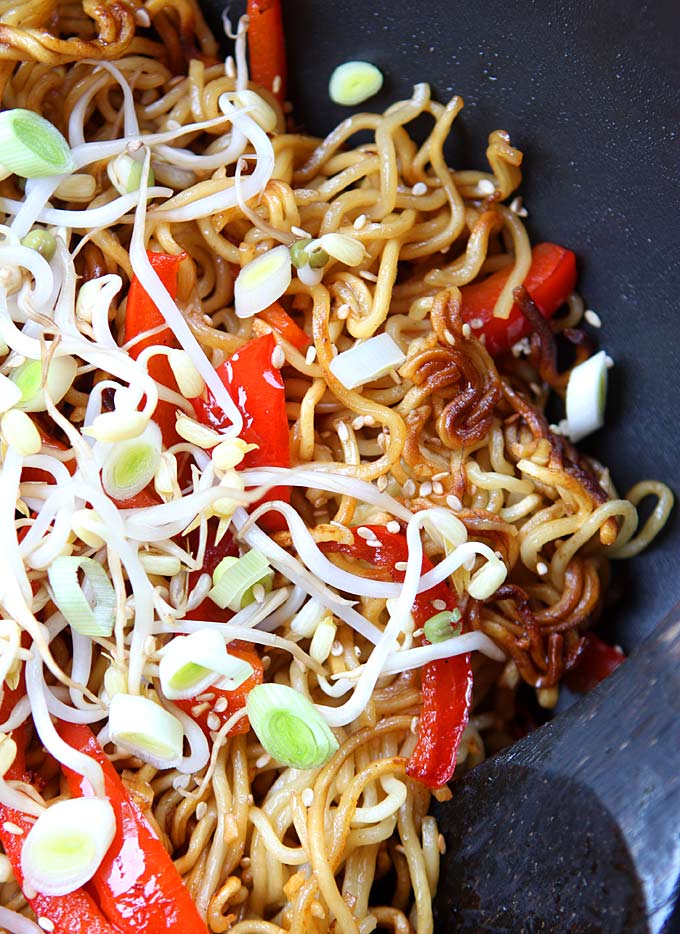 Let’s talk about technique for a second. You’re frying these noodles basically like a pancake. Lay ’em out in a big flat disc, and let one side crisp up in the oil. IT’S AMAZING. Then you flip, as best you can, and get the other side. THEN you add the sauce, keeping the heat decently high, and let it caramelize and accost the noodles for a seriously bomb finish. If you’re thinking “Why would I want to eat crispy bornw noodles?” Just trust me. They’re really, really great. You’re adding a new textural experience to your pasta eating! I was tempted to leave the veggies completely out of this, to really go for a PASTA experience… but I can’t make something and NOT put veggies in it! (Don’t hold me to that. I have something in the pipes that might not have any veggies… Oopsies!). 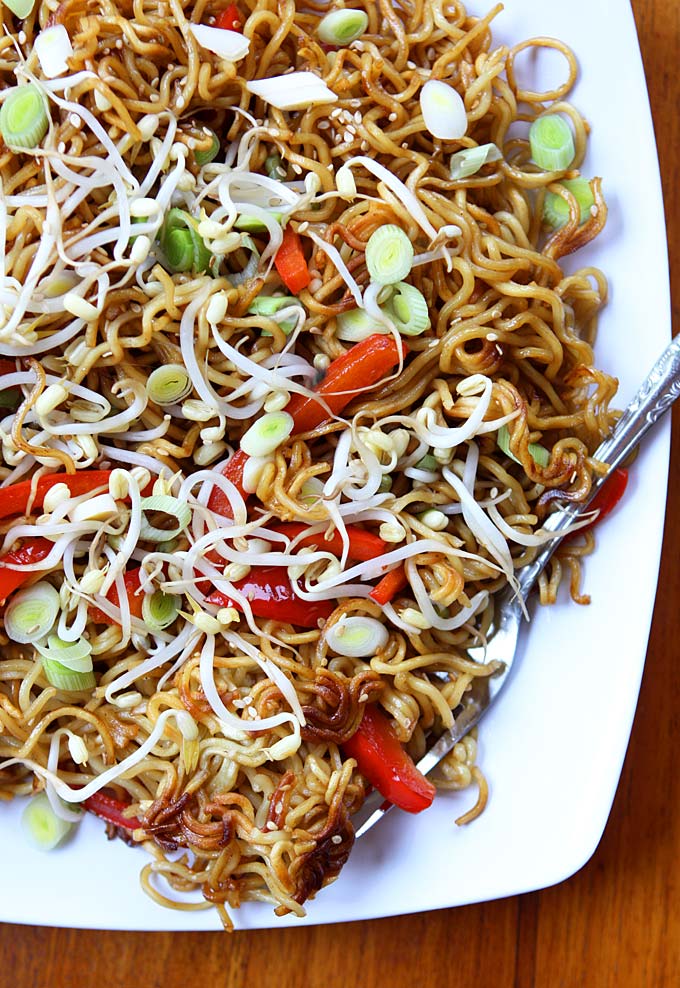