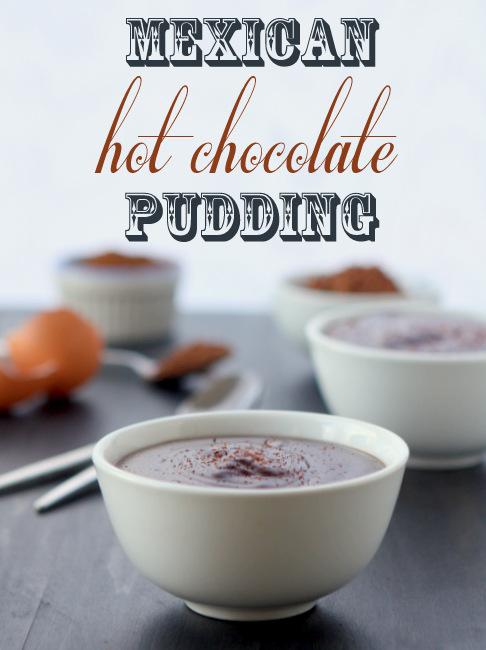 Oh man. My brain is EVERYWHERE this morning — bear with me! {Also, must googled if it was "bear" or "bare" — it is bear. "Bare" would be an invitation to undress with me, which is just simply not going to happen}. 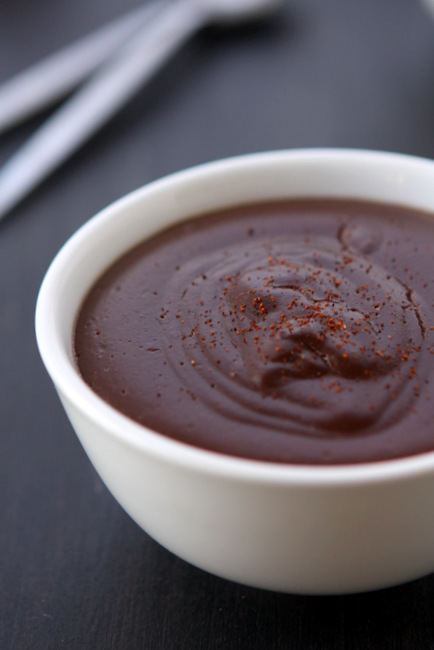 Right now I'm lying in bed, looking out the window at SERIOUS SNOWFALL! It's finally coming down like it means business. We've had two other "real" (ish) snows this year in town, and they were both gone in a hurry. This one might actually do something (like last!). LUCKILY for me, I still have half of a bowl of this mexican hot chocolate waiting for me in the kitchen — does spicy chocolate go perfectly with a snowy day? I say so. 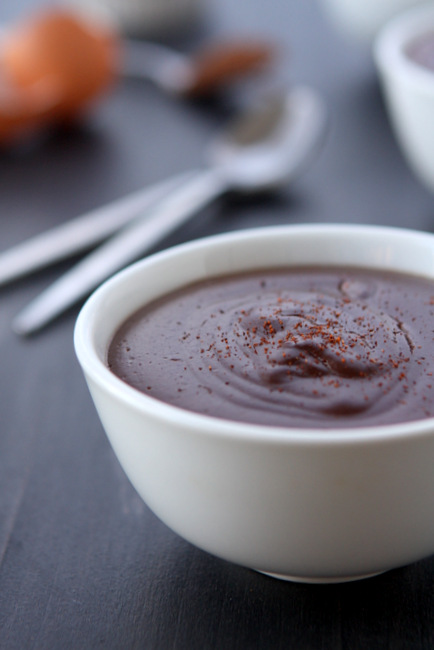 This is one of those rare instances where I have SO MANY GOOD RECIPES to share with you guys — I'm way ahead of myself and have recipes for the next THREE WEEKS ready to go. I've had such a hard time making decisions on what to post first, because I'm excited about all of them! I finally figured out which ones I really should post before Thanksgiving (in case you need something sweet potato-y or something), and which ones can wait.

My indecision lately has been really quite crippling. Last night we went out to dinner at Starky's, a restaurant here in town, and I had the hardest time deciding what to order for dinner. I NEVER have a hard time deciding what to order, and I seriously had five entrees I just couldn't pick between. When in doubt, go with the gut: I got a burger. Forgoing the fancy steak, jambalaya, polenta, southwestern salad — reliving this is making me doubt my decision! It was, however, a phenomenally juicy burger. And the sweet potato fries were absolutely incredibly. I could live on those things.... 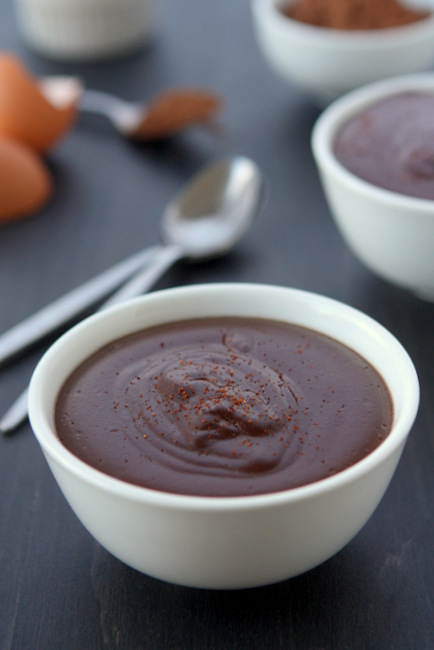 I warned you that I was all over the place this morning. I'll get to the point: THIS PUDDING.

I've been craving chocolate pudding for WEEKS now. It's usually 10 pm, I'm reading or watching Netflix in bed, and all of a sudden I really want pudding. It's pretty quick to make, but at that hour I just can't justify the sugar intake and effort to get out of bed and make it. So, I go without my pudding (sad face), and forget about it until the next night. GAH. The cycle. 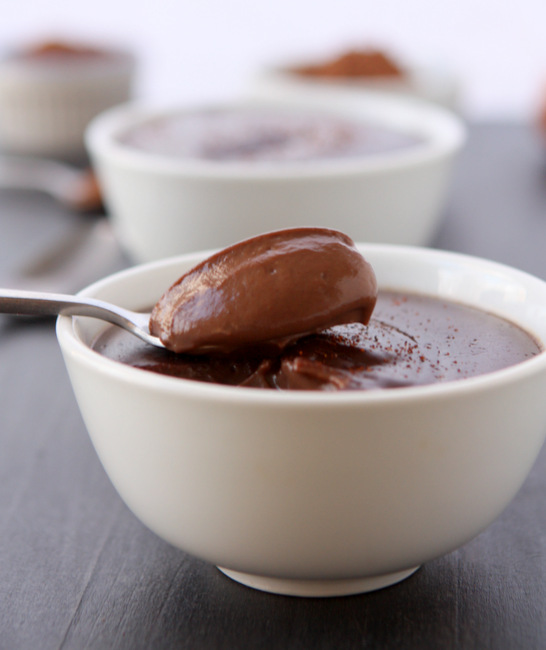 Finally, yesterday, I was making some sweet potato gnocchi (you'll see soon!) and had half an hour of waiting for the potatoes to roast in the oven: PERFECT TIMING. I knew I could get my pudding made in that time frame without any problems. I also got feisty and wanted a bit of spice — I'm on a hot pepper/chili/Mexican kick right now. I think my diet is 80% beans, cheese, and hot sauce. Usually accompanied by tortilla. BACK TO THE PUDDING: I love Mexican hot chocolate — thick, creamy, SPICY! So I added some cinnamon and (dun dun dun DUN!) CHILI POWDER! Best. Decision. Ever. 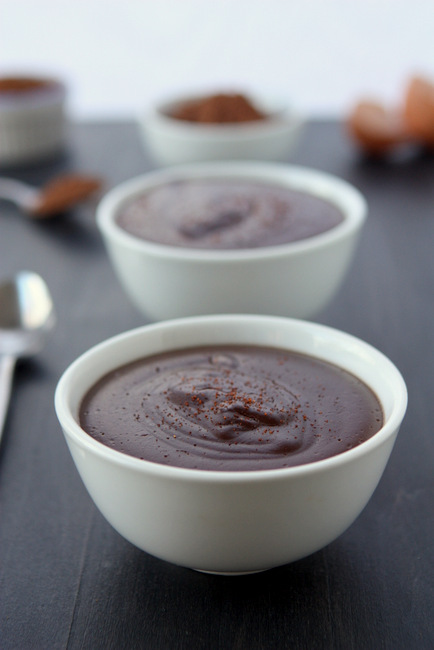 I then proceeded to eat a bowl before I even got to photographing the pudding. Then I ate another bowl and a half and gave myself a tummy ache. Now I have that final half of a bowl calling my name (breakfast, anyone?). Considering my incredibly laziness when it comes to leaving the house, the abundance of snow outside, and the fact that I have some awesome new yoga pants: I'll likely sit at home doing yoga and eating pudding today. Sound like a good day? IT WILL BE!