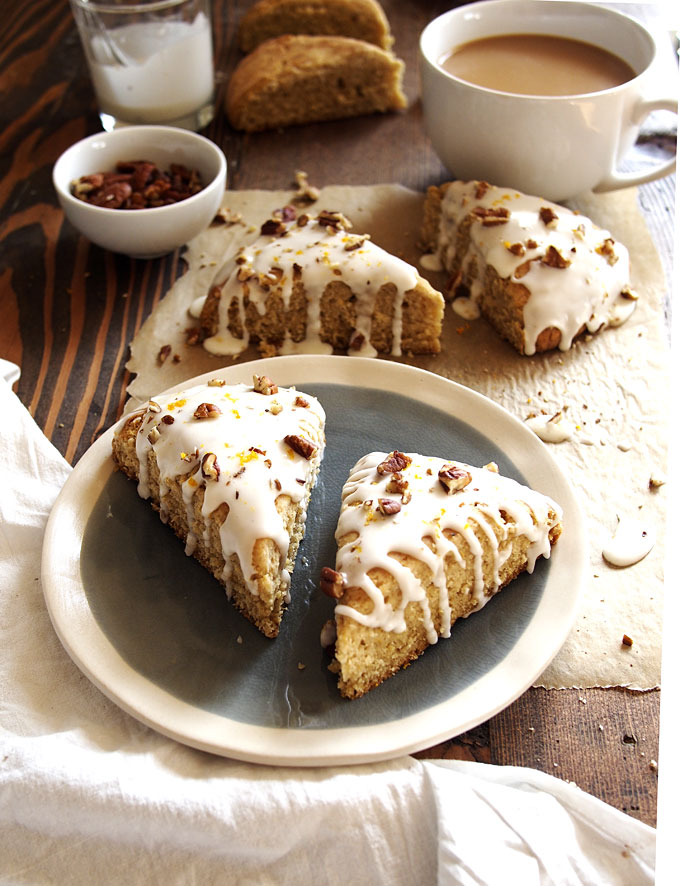 Do you guys ever go through your stuff and get rid of it willy-nilly? I'm going through another stuff-purge right now. It's a good thing, but also feels pretty intense! When I moved into my apartment in April I did a massive purge — it was pretty easy since it had all been in storage for a year while I was in Asia, and I was able to turn off any/all nostalgia and simple get rid of things I no longer needed/wanted/used. Turns out, it was AWESOME! So, I'm doing it again! 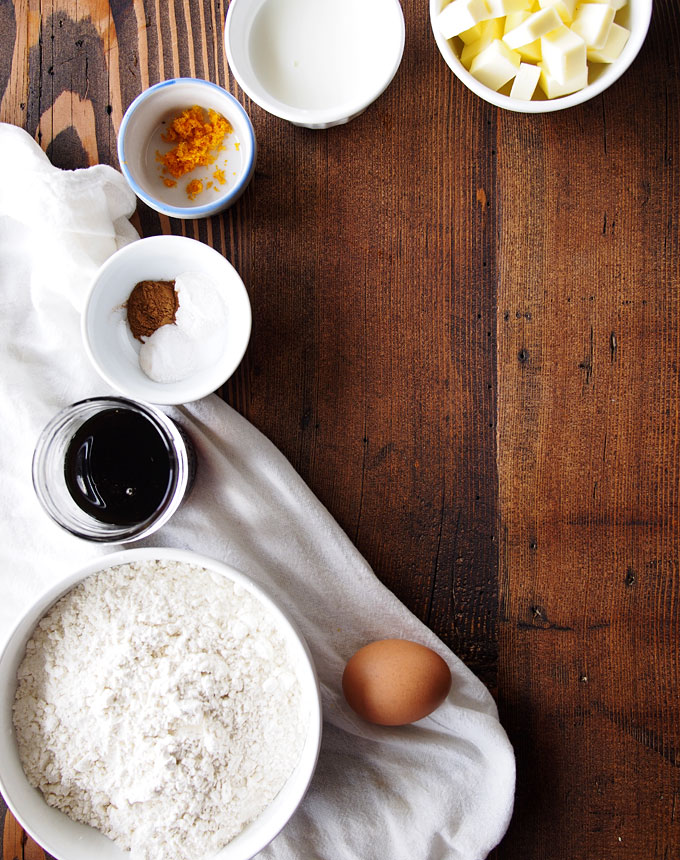 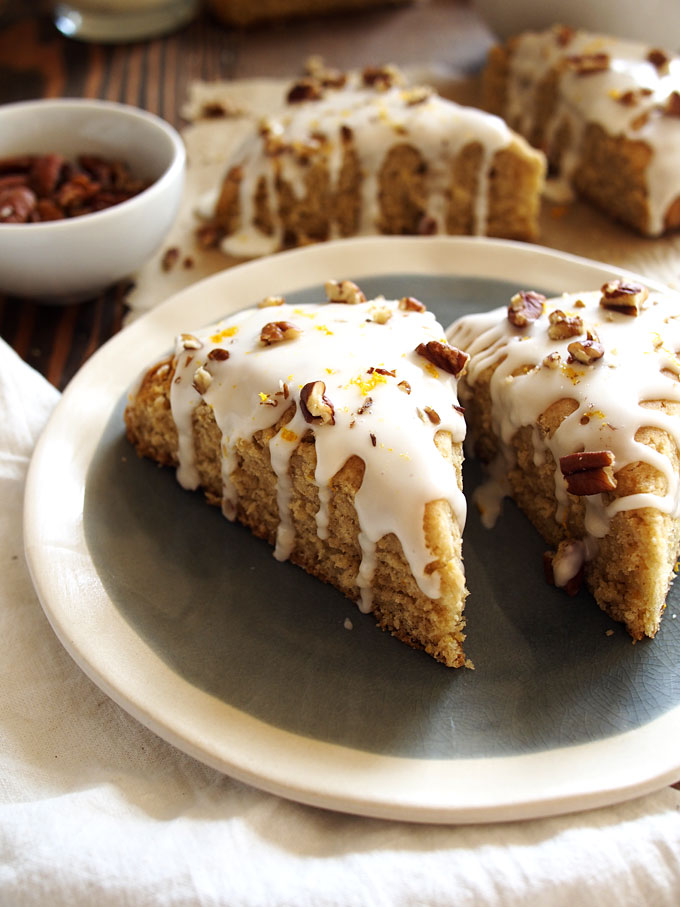 I started last week, in preparations for moving again (which I am doing slowly/surely over the next few weeks — more on that later!), in my bathroom. SOUNDS RIVETING, MARY, TELL US MORE! You betcha I will! As a semi-grungy Portlander (again, more on THAT later...) I've realized I have way too much stuff in my bathroom, and I use about 5 things. Literally, all the makeup I use fits into an 8oz canning jar on my counter. So why do I still have purple eyeshadow from high school and sparkly eyeliner from that ONE Halloween way-back-when? Because "I MIGHT need it one day!" — WRONG. I decided to just get over it and get rid of all the products I never (seriously, never) use. My bathroom stuff diminished by like 80%! Pretty much all I use is coconut oil, anyways, so ... that's all I need. SO GOOD! 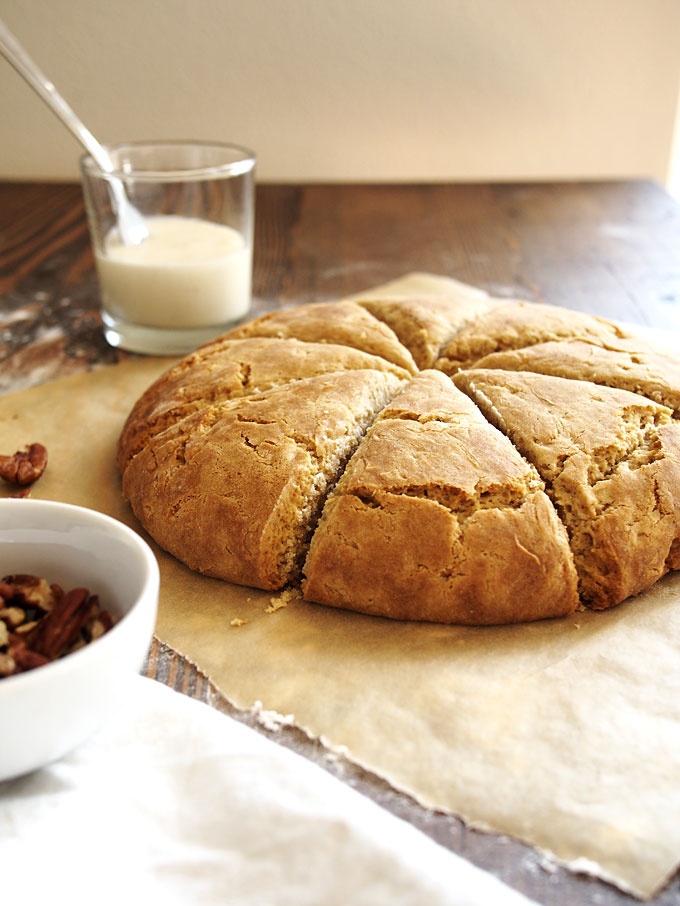 Now, I'm onto the rest of my stuff. Clothes will be easy — I'll be pretty ruthless there again (if I haven't worn it in the last 6 months, or the last winter I was in the USA, it's gonna go!). Kitchen stuff will be harder... it's something I've never done. As a food blogger, it's SO FUN to have all sorts of kitchen stuff! But there are things I never use. Bowls I'll never photograph. Old plastic measuring cups I don't need (does anyone need more than 1 set? I think not.). Ugly placemats I definitely don't need. THEY'VE GOTTA GO. The other hard thing will be books... it seems like I should NEVER get rid of ANY books. But some of them I'll probably never read again — so why keep them? Also: libraries. Also: kindles. I love paper books, but I think I could do some paring down. 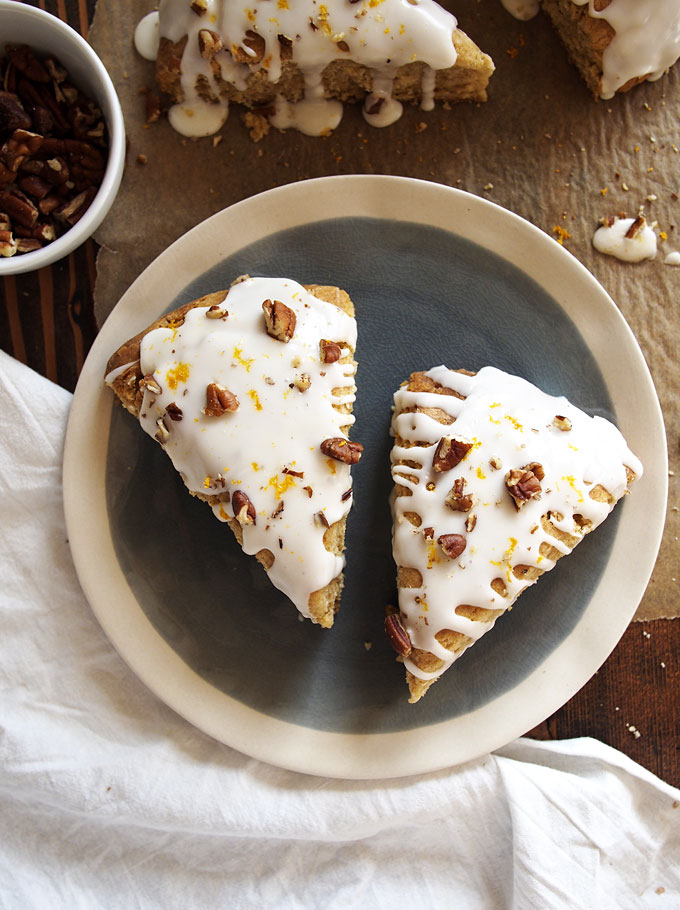 I kind of feel like I'm writing this post to amp myself up for ruthless purging — it seriously does take an IDGAF attitude (which I generally excel at cultivating). Clearly I have huge weekend plans... 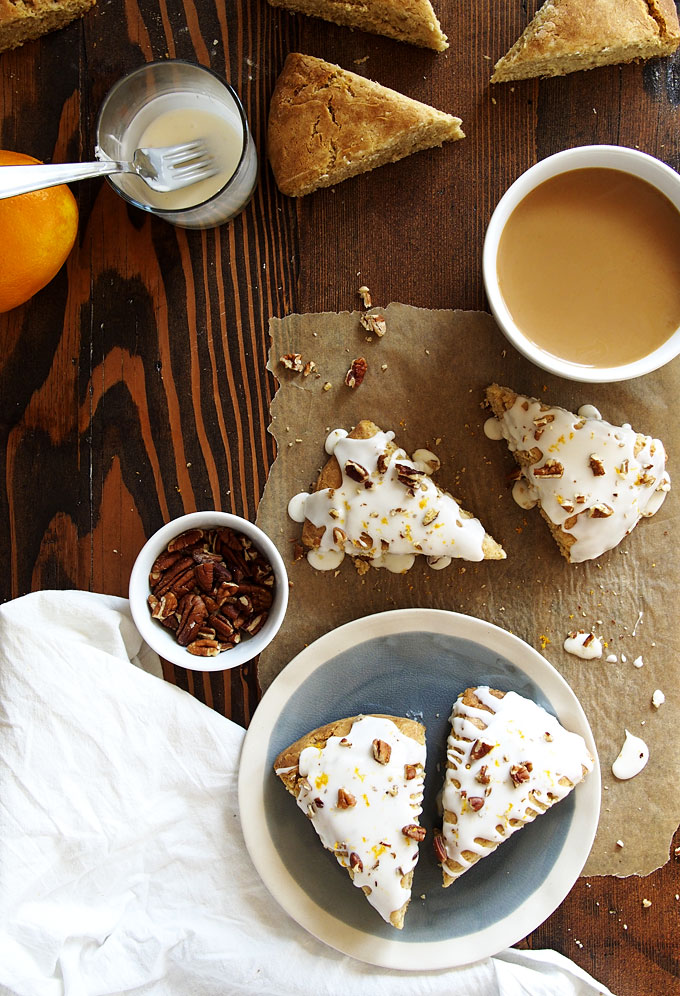 Let's talk about scones. These are super easy. They have no sugar. WHAT THE WHAT!? I mean, that's kind of a lie: they have maple syrup. I KNOW I HAVE A PROBLEM I CANNOT STOP HAAAALP! Don't halp, actually. This is the kind of problem I love having. Maple syrup in everything? YES PLEASE. I adapted these from my ancient (from my first month of blogging!) gingerbread scones recipe and was surprised at how simple they are... There really aren't that many ingredients. SO EASY! A little sticky, thanks to the maple, but they bake up nice and pretty and get smothered in orangey glaze and pecans! I've been eating this all week (popped in the microwave for 15 seconds, to make them irresistible!) with coffee and maple turmeric cashew milk. You cannot go wrong! 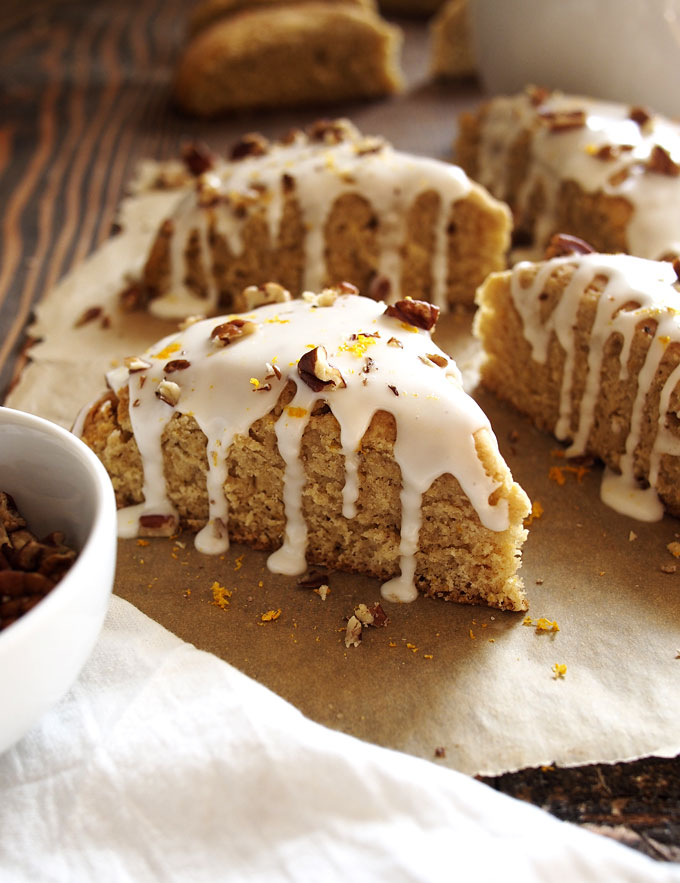 I'm going back to packing/purging. Maybe we'll chat next week about moving... I'm not sure exactly when I'm going to do the big push (maybe Wednesday? Maybe in another week? Clearly hurrying is not a priority (I have both places for like 3 overlapping weeks). Have a beautiful weekend! xo