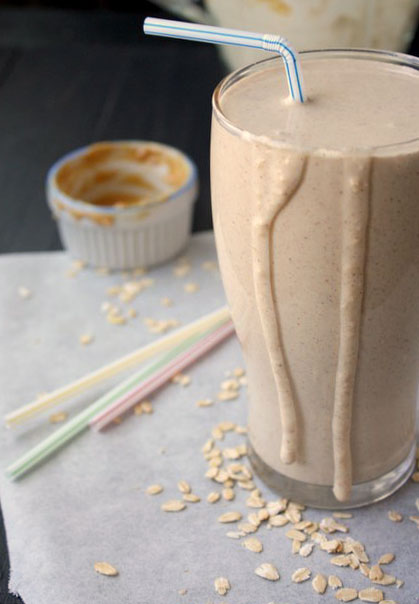 Despite my never-ending stream of breakfast foods here on The Kitchen Paper, I've lately been feeling a bit lazy about cooking it for myself. At least before noon. If Derek makes eggs, I'm set. But if not... I sometimes find myself eating a cookie or a slice of cheese. Or something equally as non-breakfasty. Enter: THE SMOOTHIE. 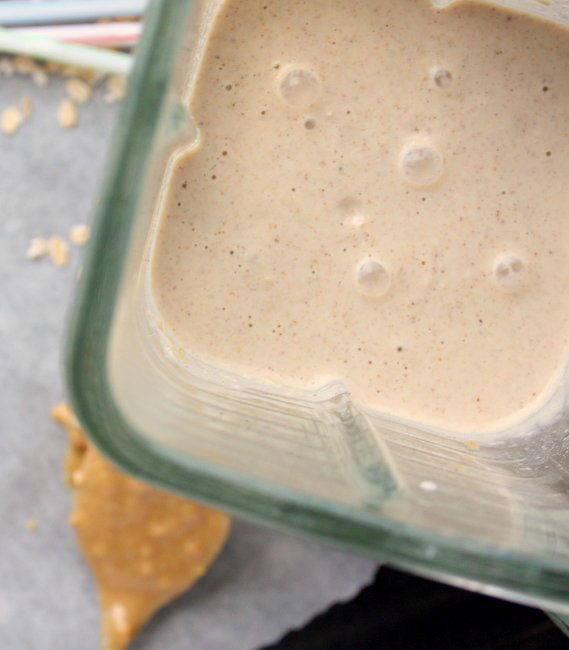 I've been wanting to make this smoothie since June of last year. We were in Cleveland for my cousin's (awesome!) wedding, and happened upon a smoothie bar one night... Of course, Derek ordered a peanut-butter-oatmeal-something-or-other smoothie. I don't actually remember what all was in it. Probably chocolate. Maybe banana? Anyways, it was the oatmeal that blew me away! Oatmeal? In a smoothie? No way. 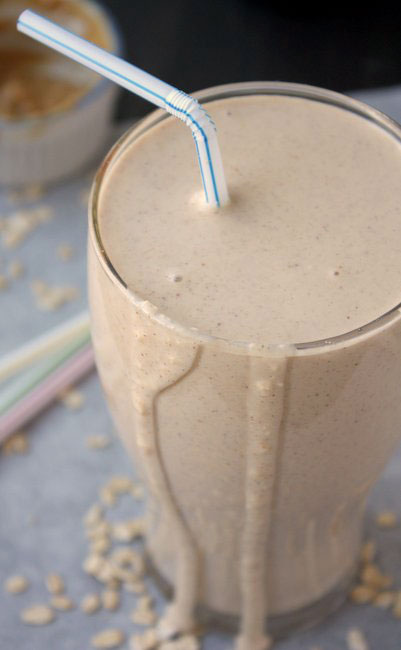 YES WAY. It was hearty, had some serious umph to it, and definitely did not leave anyone hungry. So finally, I made it. I opted for a slightly healthier version, although still full of goodies and totally delicious. I considered adding chocolate chips, but decided against it. You go for it, if you want! Also: honey. If you love a sweet smoothie, add a bit of honey! I think it'd be really tasty. 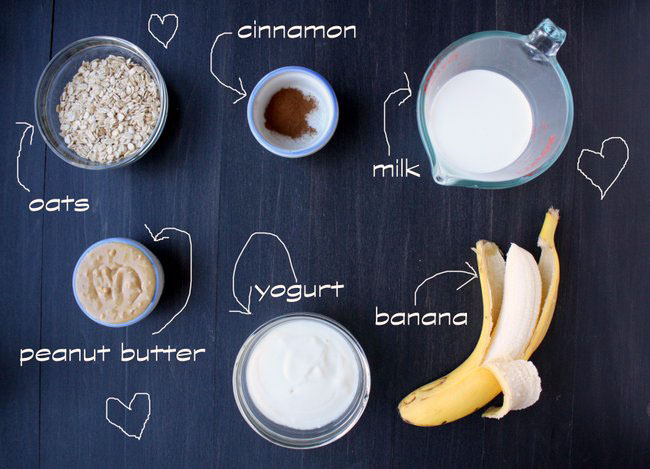 See those beautiful squiggly arrows? Yeah, I drew those. TALENT. [NOT]. I was feeling youthful and reminiscent of my Paint days. You know you had them. Everyone did. 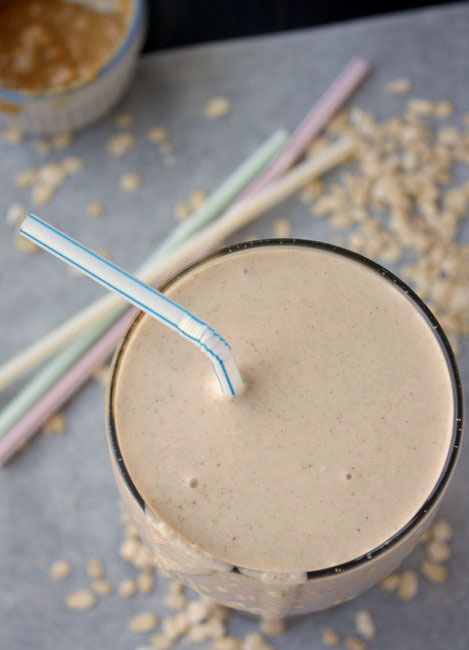