Notice: Function add_theme_support( 'html5' ) was called incorrectly. You need to pass an array of types. Please see Debugging in WordPress for more information. (This message was added in version 3.6.1.) in /var/www/wp-includes/functions.php on line 5831 Pumpkin Spice Cake Doughnuts with Spiced Maple Glaze Recipe 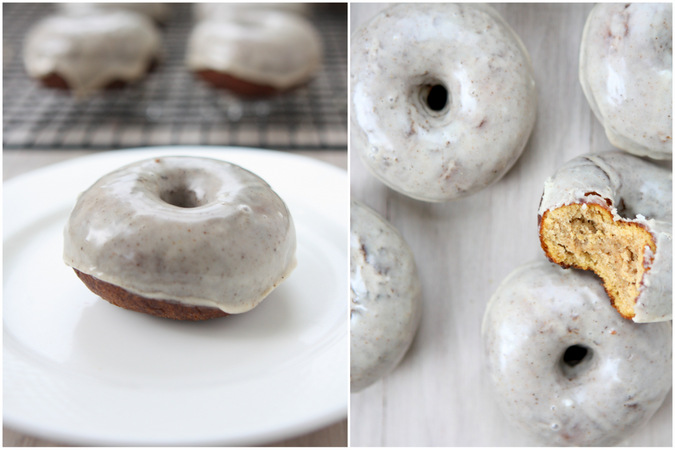 I told you I cracked open the pumpkin! I really had planned to wait until last Friday, but Thursday rolled around and I was REALLY excited about some pumpkin doughnuts. I couldn’t wait!! Everyone was posting pictures of pumpkin spice lattes, blah blah blah, I just had to get on the train. Let me tell you — these did not disappoint! 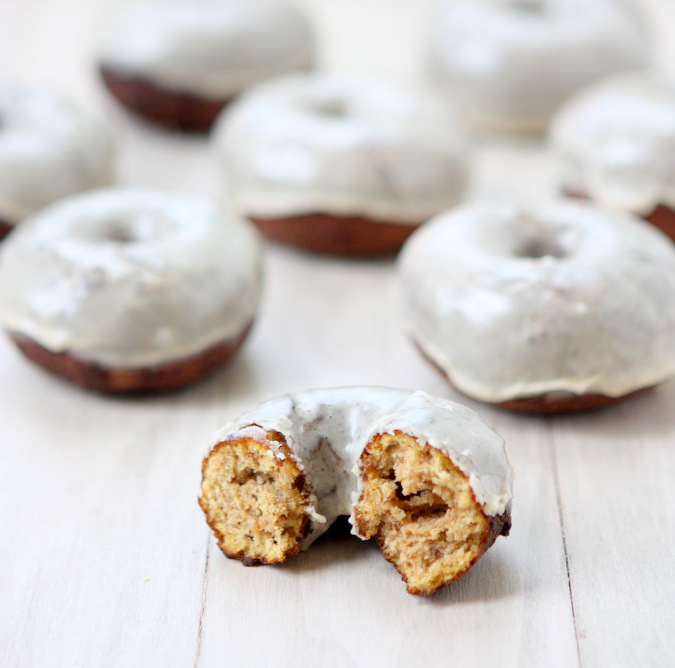 First though, let’s talk about this weekend. I. Am. Exhausted. I need more of these doughnuts to replenish my stores before proceeding this week! I did my long run on Friday (18 miles) specifically to allow myself to mountain bike both days this weekend. A bit crazy? Yes, maybe. A friend (thanks, Anna!) was out of town and leant me her mountain bike, and Derek has been so excited about taking me mountain biking, so we figured we had better make the most of this weekend.

After not mountain biking for 8 years, he definitely threw me right back into the punches. Seriously, I think the mountains threw some serious punches at me — take a look at the bruises on my legs (and arms. and stomach. and other places) and you’ll agree. We did a few hours Saturday, complete with a terrifying downhill and an instagram video Derek won’t be quiet about (“You’re soooo cute!!!”), then ALMOST SEVEN HOURS on Sunday. It shouldn’t have taken that long, but there were some serious struggles in the first hour, resulting in blood, sweat, tears, and a big hole in my shorts. Oops. Thank goodness for supportive friends and a husband who doesn’t mind cleaning wounds.

All is well in the world though — we had a good ride (despite it still being terrifying), made it home, made delicious pizza for dinner, and now I’m back on the pumpkin train. I think today holds plans for pumpkin muffins…!! 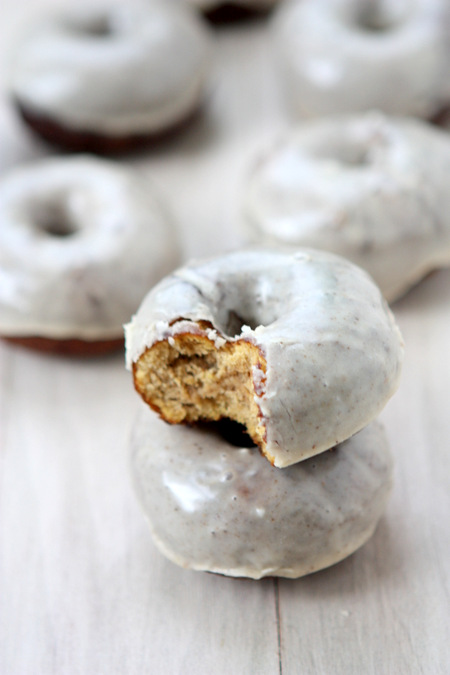 These doughnuts are my third time making doughnuts (remember lime, then raspberry?), and I think I’ve mostly figured it out. My candy thermometer is MIA, so I even did the oil by eye… semi-sketchy, but everything turned out fine! 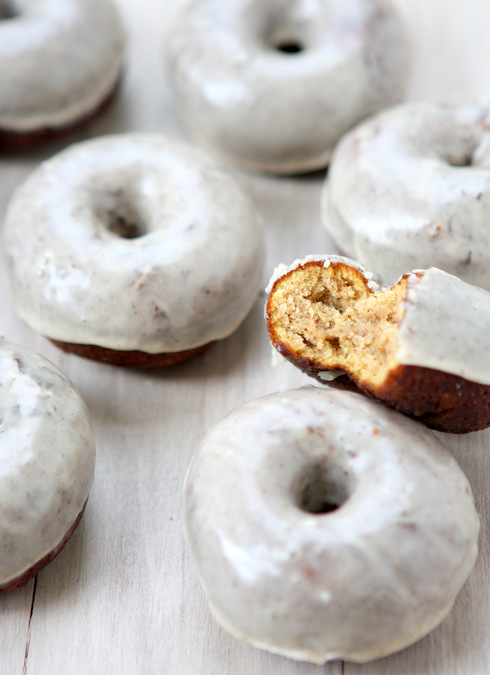 Note that I did use pumpkin pie filling (the kind from the can that requires minimal work to make a pie), instead of pumpkin puree. If you use pumpkin puree, you’ll need to increase sugar and spice content by about 2x.