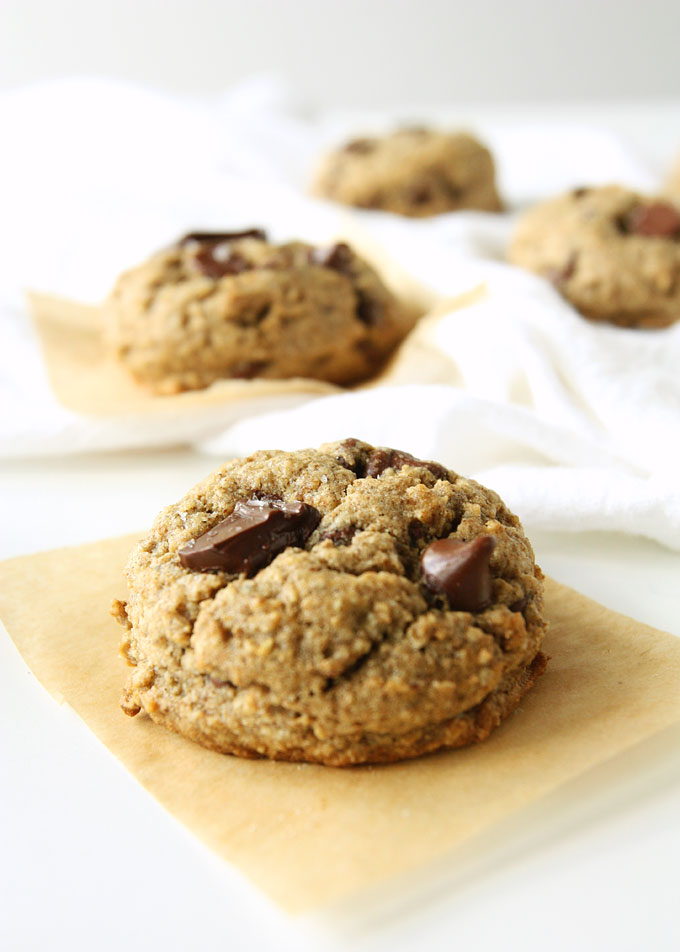 Oat flour cookies! YEAH! Get on board, errbody! These are gluten-free, without all sorts of weird gums and xums and powders and shtuff. You know what I mean? Yeah. Good old OATS blended up and put into cooooookies. I said that like “cooooookie crisp!” Again, you know what I mean? Roll with it. 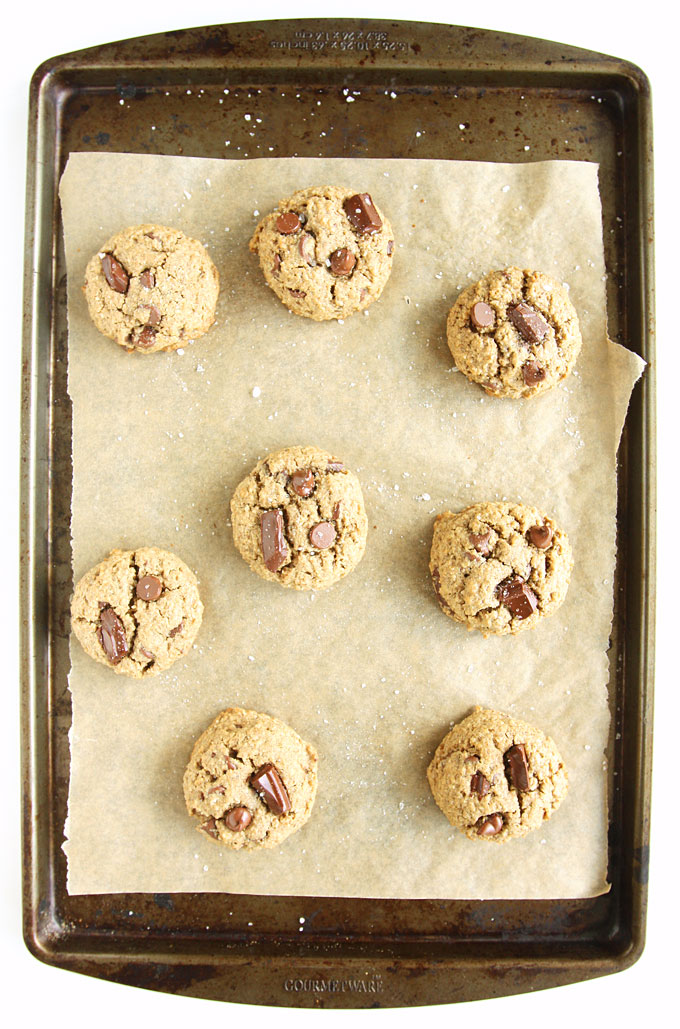 I’m coming atcha from Stirling, Scotland today. Actually, I was there yesterday, and am now en route to Aberdeen and Inverness! THERE CAN ONLY BE ONE HIGHLANDER! Um, I’m on my way to the Highlands. BUT YESTERDAY: I took the train from Edinburgh to Stirling, which was easy and fast and had wifi and allowed me to get work done (which I’ve definitely been slacking on). Then I arrived at a very friendly hostel (yaaay friends!), and proceeded to walk 8+ miles around town. Like I didn’t hike enough? Ha! 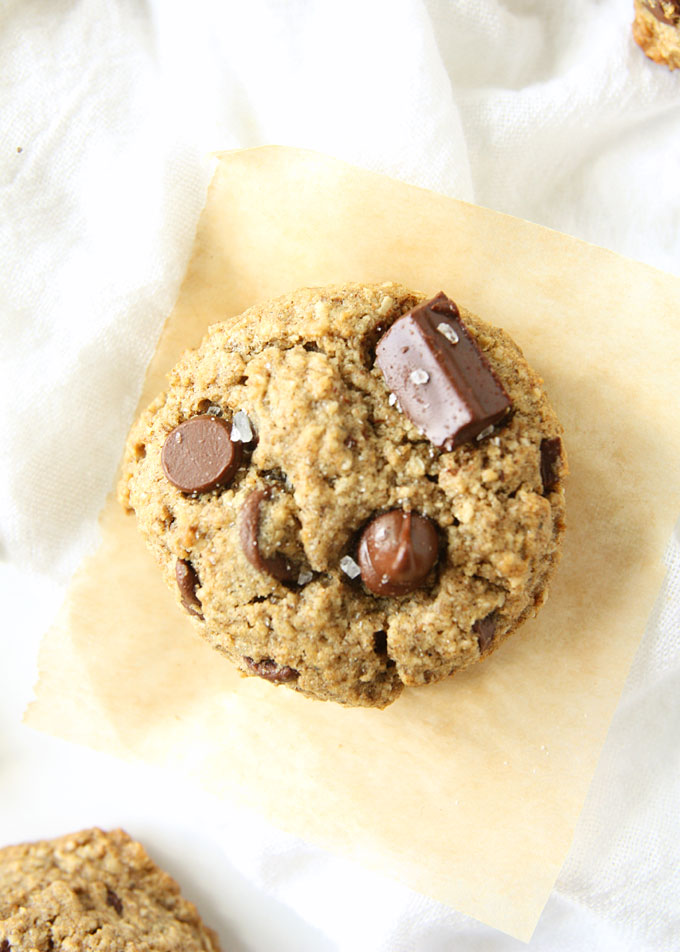 This town definitely is cute — same old stone buildings like in Edinburgh, but on a much smaller scale. But this is where William Wallace (said in my awful Scottish accent) made so much history! If you’ve seen Braveheart, you know what I’m talking about! I walked up to his monument — overlooking the town and up a very steep slope — then across the bridge where he made mayhem, then up to the castle. Whew. I tell you what: I may have walked a lot last week, but it was mostly flat … yesterday was no. UP down UP down UP UP down. Yeah, you get the idea. I’m gonna return to the states a fit woman! Woop! 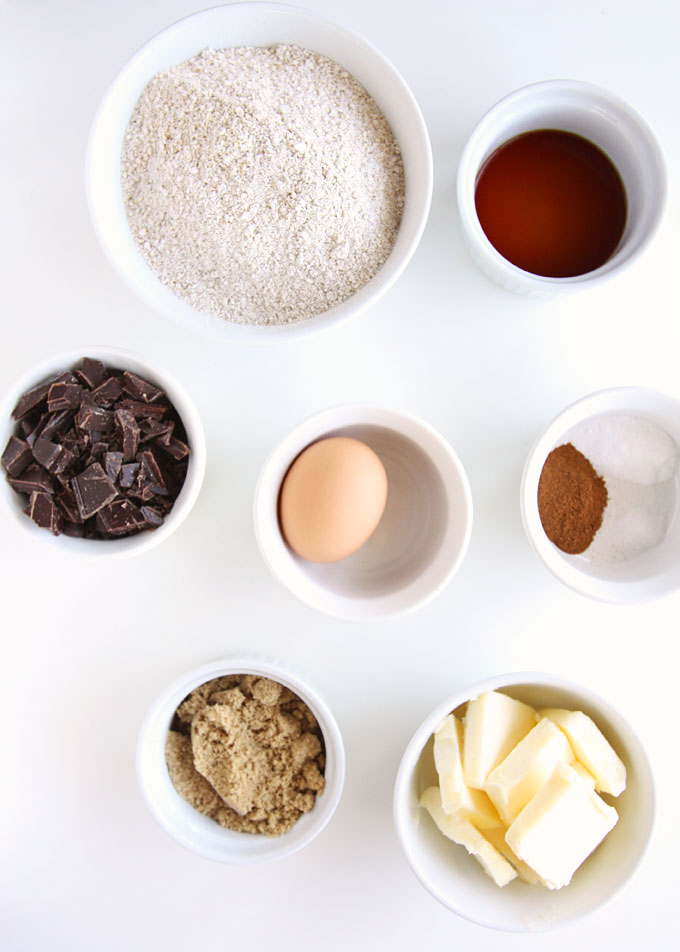 I didn’t plan entirely well yesterday, and could tell I was getting HANGRY as I was walking between the monument and the castle… I needed food, STAT! Having some of these cooking in tow would have been so nice! Instead I booked it for the grocery store where they stock my new favorite yogurt — it’s mixed with whipping cream and delicious flavors for the creamiest, richest, probably fattiest most amazing yogurt I’ve ever tasted. I AM SOLD! I proceeded to devour two of them, plus beets and carrots and hummus. Look at me being semi-healthy! Ha! 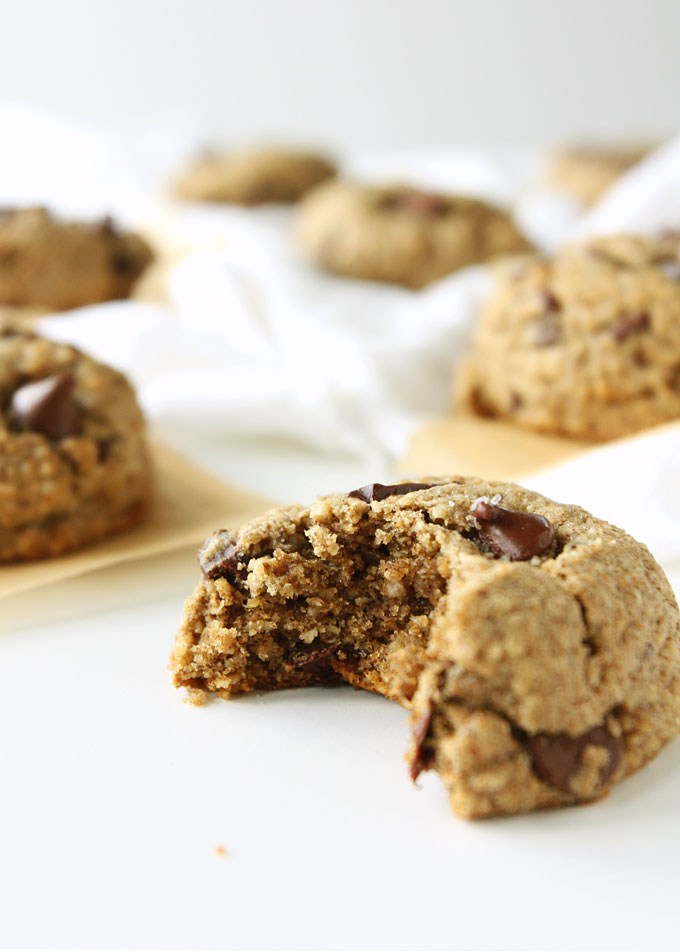 Let’s talk about these cookies: they’re oaty. They’re chocolatey. They’re salty. They’re gluten-free. They’re not like your normal glutenous chocolate chip cookies — so don’t expect that: they’re a little more crumbly, but not necessarily dry! To be honest, I’d ideally do ½ normal flour and ½ oat flour — for the texture. BUT I wanted to do a totally oat flour cookie (like these brownies!), and really was pleased with the results. Get lots of chocolate in there, too! And salt! You really can’t go wrong.

I’m off! Keep up on instagram (and snapchat, if you’re brave… I’m overloading people with greenery and castles! username: thekitchenpaper)!