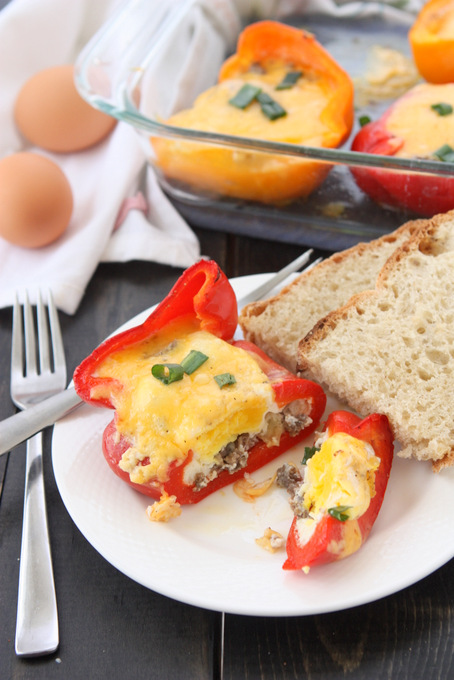 When we first got to Vietnam, eating pho for breakfast {as is customary} seemed wild and exotic! Soup? For breakfast? You naughty thing! It was exciting! Nevermind that it’s already 95 degrees and horrifically humid out, bring on the boiling bowl of broth! After two months, I was ready for a change. While we were in Hoi An Derek spoiled me with banana pancakes nearly every morning, but as soon as we hit the road again it was back on the pho-train. Not that I’m complaining — it’s a delicious and oddly satisfying breakfast — but I was ready for a taste of home. 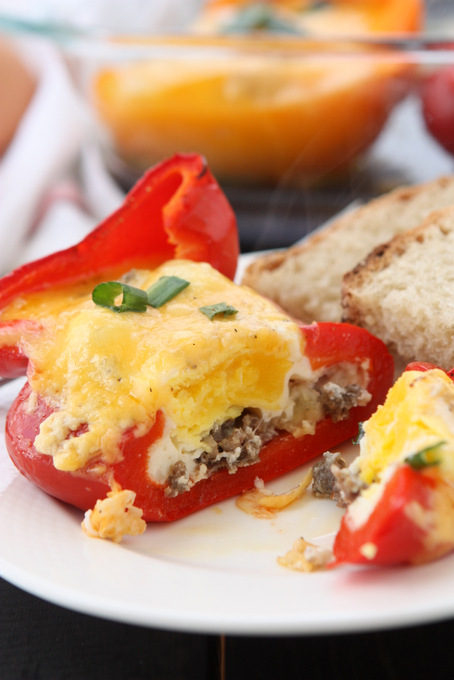 For the majority of our time in Dalat, we stayed at Dreams Hotel. I’d heard about it {as it’s recommended in Lonely Planet} but hadn’t considered it until we met two older women from New Zealand the day before we got to Dalat. They couldn’t speak highly enough of Dreams, and went on and on about the breakfast! “The marmite!” “The peanut butter!” “The coffee!” “The passionfruit juice!” — it went on like this about everything on the table, which ended up being an incredible amount. We were spoiled rotten during our week+ at Dreams, gorging ourselves on peanut butter and bananas, bread, passionfruit, dragonfruit, any number of other fruits, fresh passionfruit juice, REAL BACON, perfectly fried eggs, etc. For the extra few dollars, this hotel was well worth it. I haven’t had good bacon in months — and Dreams hit the metaphorical bacon-nail on the head. Well done! 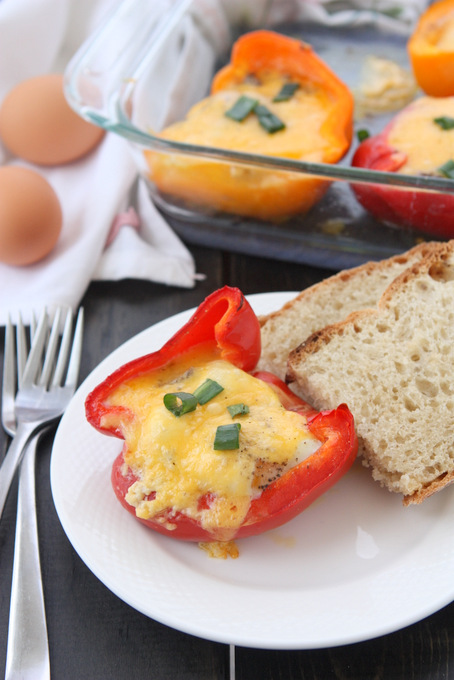 In honor of our satisfying and tummy-busting time in Dalat, I bring you these stuffed peppers. It’s not always easy, for me, to get vegetables in at breakfast. Muffins and coffee cake and scones just sound so darn appealing! It’s no secret I’m a big ol’ carb and gluten-lover! When I can get some veggies in, I feel awesome about it. I haven’t shared any breakfast salad recipes here, but I probably should — what a way to start the day! These stuffed peppers are right there too: a nice hearty crunch of pepper, along with your sausage and eggs {AND DON’T FORGET THE CHEESE!!}, makes this breakfast seem *almost* healthy! I won’t claim it actually is, but you can decide that for yourself. 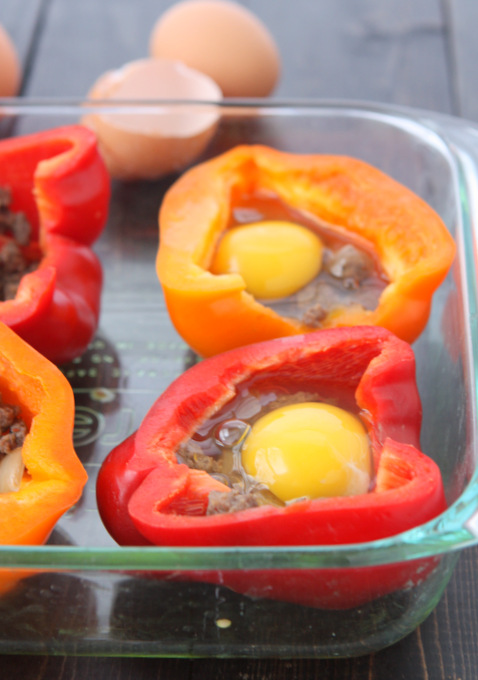 This is, again, a great recipe for improvising. If you only have bacon, not breakfast sausage, go ahead and throw that in! Do you have other veggies lying around the kitchen? Chop them up and sauté them with the sausage! You could whip the eggs for a more scrambled mini-quiche version of these, or add a different cheese into the mix. These are ridiculously customizable. Let me know what you come up with! I’m totally that person that gets on a breakfast kick with only minor variations for a few weeks at a time, so having your recommendations on hand may come in handy… I’m already picturing some zucchini and gruyere up on one of these! 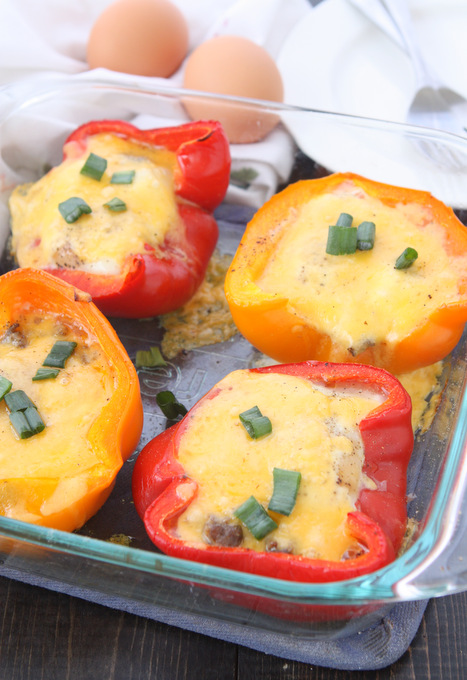 Now we’re nearly done with our time in Vietnam — although I’ve been saying that for a few weeks now. It seems to keep getting pushed out further, but our visas are finally running out and we’re nearly done with what we aimed to see! We should be arriving in Saigon today {hopefully by the time you read this!}, selling our bikes ASAP, then seeing the Mekong River delta before heading over to Cambodia and/or Laos. Still TBD exactly when/where we are going, but I will certainly keep you informed! 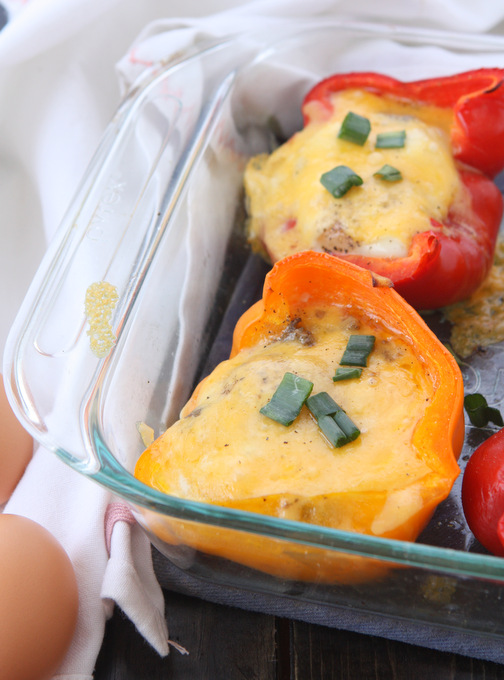 Have a WONDERFUL Monday, everyone!!

If you want a softer pepper, pre-bake the pepper halves {before adding the meat and eggs} for 10 minutes.
Bake time with the eggs will depend on how done you want the egg. For a runny yolk, start with 20 minutes. For a hard-boiled egg, you may need more than 30 minutes.