Notice: Function add_theme_support( 'html5' ) was called incorrectly. You need to pass an array of types. Please see Debugging in WordPress for more information. (This message was added in version 3.6.1.) in /var/www/wp-includes/functions.php on line 5831 Spinach Ice Cubes Recipe - The Kitchen Paper

Things that I dislike: 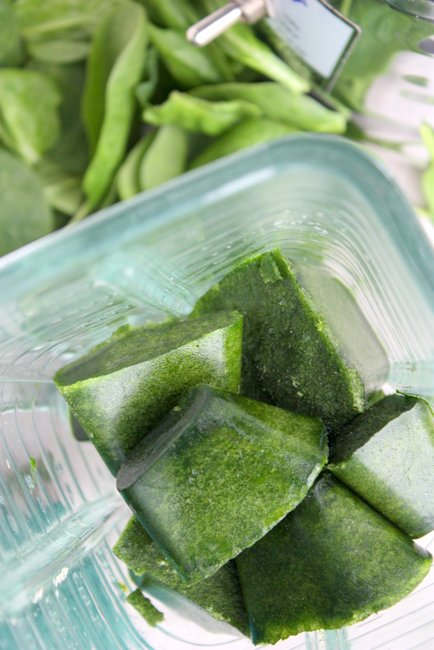 I think you probably know the spinach I’m talking about: it’s been in the fridge too long, so a few leaves are starting to go slimy, and when you reach in to grab a nice, fresh, delicious handfull of spinach, your hand gets attacked by slime. It’s gross. It immediately makes me want to make it rain spinach leaves everywhere because I don’t want to continue touching the slime!

After joining Costco, and commencing buying the ridiculously large bags of spinach (really, I think they’re 10 lbs… that’s bigger than a baby! {usually}), I had to get creative about storing it. Sometimes we could actually go through the bag in time, but other times… It felt wasteful. 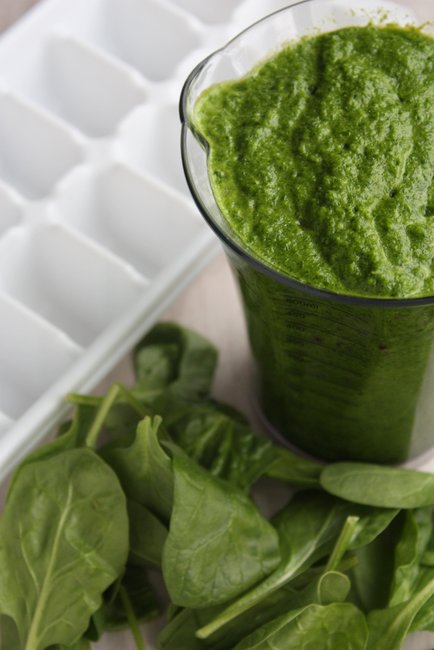 Solution: SPINACH CUBES! The majority of my spinach-eating comes in smoothie form. You can pack SO much spinach into a smoothie and not taste a thing, so… why not? It makes me feel like I’m trying to do the healthy thing, even if I follow that smoothie with lots of cookie butter. Luckily, you don’t need leafy green spinach to do this: cubes work perfectly. Just toss a few (I do 2-3) into your smoothie, and BOOM: veggie-dose! 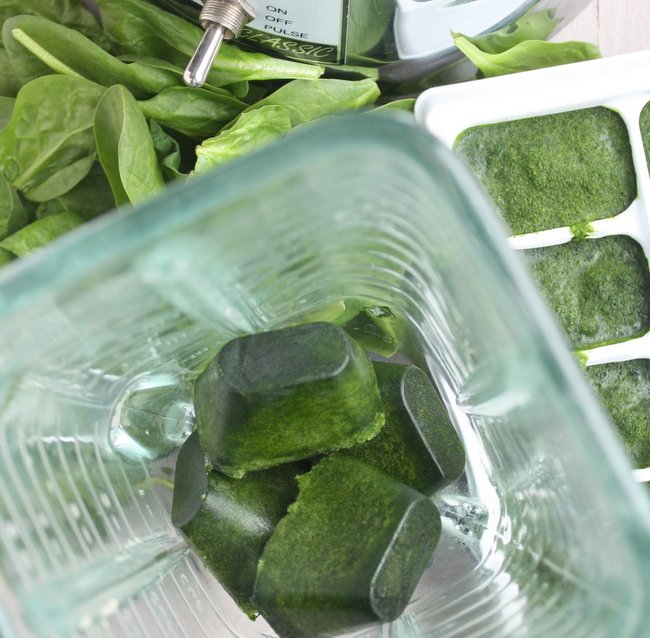 I’m not going to post a real recipe for this, as I think you can figure it out. I put as much spinach as I could in my food processor, plus about 1/4 cup of water, and let it go until smooth. It doesn’t even really need to be that smooth. Pour into ice-cube containers (or muffin tins!), freeze, and then move to a plastic bag to store! Easy-peasy!

Not recommended: using as ice-cubes in a drinky-drink. Ew.