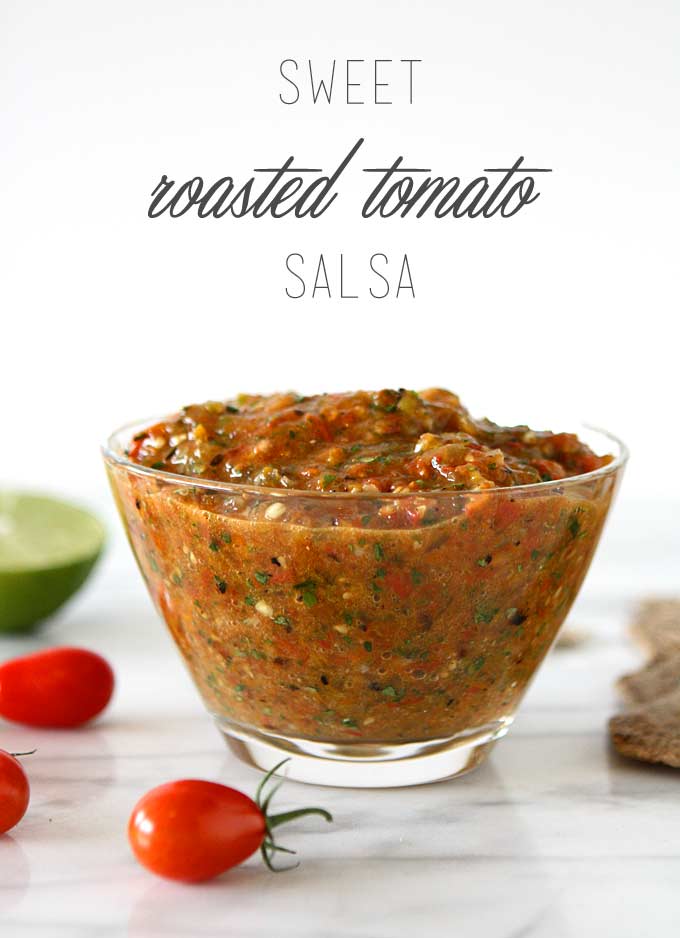 Aaand we're off again! Back to Seattle for IFBC! This will be the first time I've ever been in a room with more than five other food bloggers AT THE SAME TIME! That though is actually kind of terrifying. What if it's like putting all the crazy kids together in the same bouncy house? Think about that one for a second! Yikes. YIKES. Hopefully it's not *quite* like that. I am really excited to meet some other food bloggers and blab about food blogger things. Like, how many times have you licked your camera? Oh, only five? You must be new! REAL LIFE: I've licked my camera. We're getting open and honest here today, folks. I'm pretty sure they should also offer a "yoga for food bloggers" class as part of the conference, because I KNOW I'm not the only one that ends up in some really awkwardly contorted positions when shooting my food. You gotta do what you gotta do! Being limber helps, a LOT. 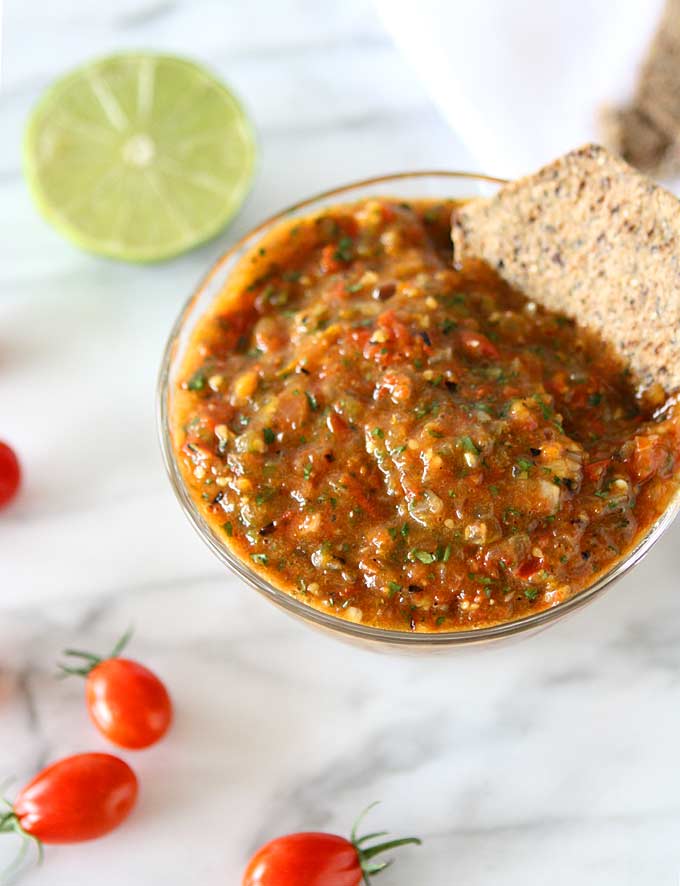 Since we're being totally open and honest, let's talk about salsa. I posted a salsa recipe as one of my very first posts here on The Kitchen Paper, back when it was embarrassingly named something other than The Kitchen Paper. Dark days. Let's move forward. That salsa, which happened to be batch #4 or #5 from a week where I learned to make salsa for the first time, was great. I thought it was great. I was like "WOW! Homemade salsa! I'm saving so much money since I eat it by the gallon!" Here's the honesty: I now realize, and have finally admitted to myself, that it wasn't that great. Yes, it was fine, but something was missing. I didn't really know that until recently, when Erin posted a recipe for salsa and was totally honest about homemade salsa not being as good as store-bought. I was shocked to find myself agreeing with what she was saying — IT IS TOTALLY TRUE. Was true. It WAS totally true. Her recipe threw in some agave to make it to the big leagues, and inspired me to throw in a tad of honey (I never have agave). I don't know if it was the honey or the ridiculous flavors from roasting the best tomatoes in the ENTIRE WORLD {not exaggeration. these tomatoes are in.sane.}, but this salsa could have been 100% from a beautifully packaged jar in a specialty foods store. Normally I'm all anti store-bought food, but there are some darn good salsas out there, and I know it! 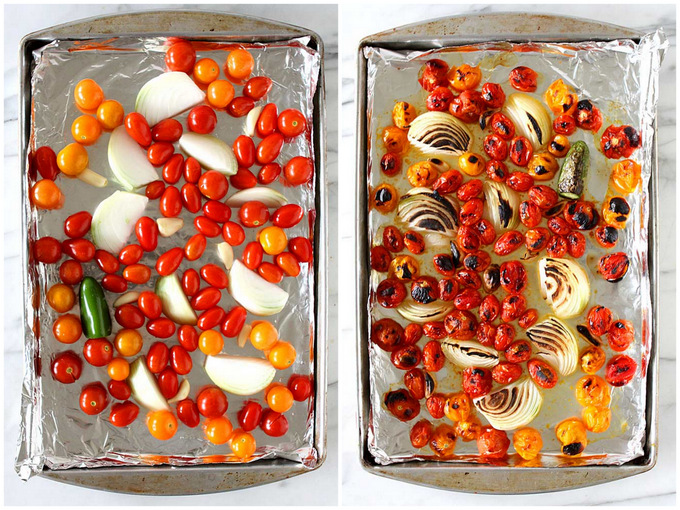 Anyways. I was seriously skeptical, but this salsa was delicious. If you don't like super sweet salsa, try omitting the honey at first (it might be good enough just with roasted tomatoes), or add in just a little tiny bit. I definitely only put in about 2 tsp, and it was SWEET. The key parts of this recipe though lie in the tomatoes: get the small ones. Nobody likes huge tomatoes that taste like soggy cardboard. They're like the iceberg lettuce of tomatoes. Stop it. Get yourself some small variety {like, cherry!}, preferably straight off the vine, and get to work.

I'm going to brag again about my Mom and Grandmother's incredible garden, because all I had to do was go out and pick tomatoes, pick a jalapeno, grab an onion they'd already harvested, and throw in a few things I had on hand. FARM LIFE FO LIFE. Too much? Too much. When can I have my own garden!? I'm whining. Somebody give me more salsa!

If you need a milder salsa, take the seeds and pith out of the jalapeno!