Notice: Function add_theme_support( 'html5' ) was called incorrectly. You need to pass an array of types. Please see Debugging in WordPress for more information. (This message was added in version 3.6.1.) in /var/www/wp-includes/functions.php on line 5831 Apple Peanut Butter Oatmeal Bars Recipe 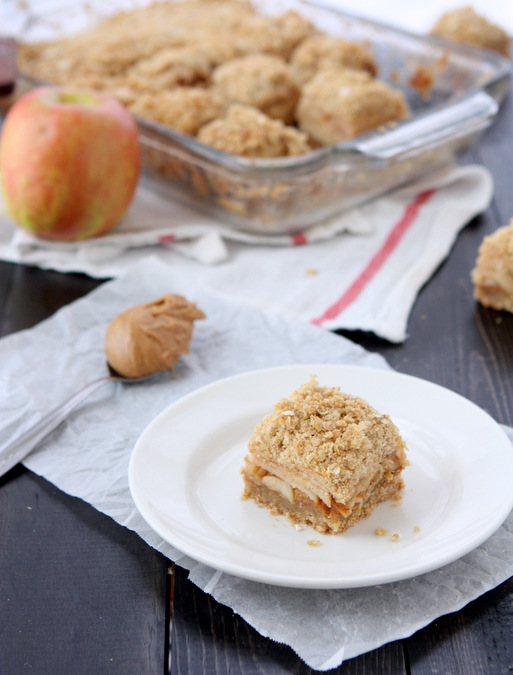 Now that we’re officially on the calendar for leaving our lives as we know it (and moving to Asia, in case you missed it), I’m in full-on planning mode. I’m focusing on the month we’ll spend traveling in Vietnam, as that comes first and is really the only part I feel the need to have planned at this point. The last time I travelled internationally, which was in Central and South America, I loosely planned things a week or two in advance. I felt I had a pretty good handle on things, as the countries are pretty small, I had done so much research/schooling on the area, the population isn’t huge: it was simple to choose what I’d do and make it happen. 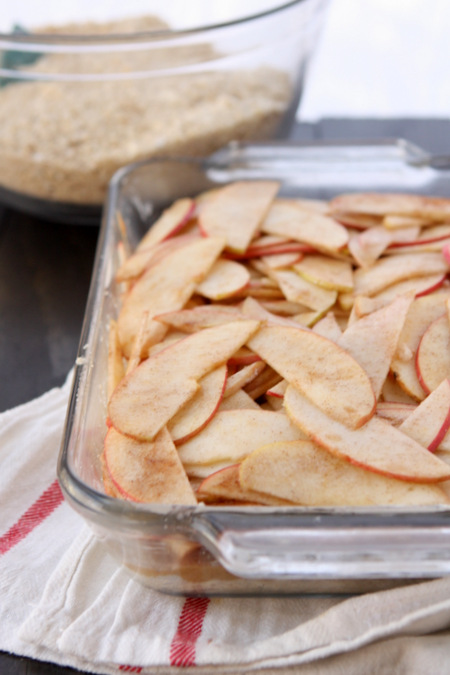 Asia? WHOLE NEW BALLGAME. Not only do I know relatively little about Asia in general (as opposed to actually MAJORING in Latin American stuff), but there are SO. MANY. PEOPLE. and SO. MUCH. TO. DO. And SO. MUCH. LAND. TO. COVER. I’m honestly a little bit overwhelmed. And excited! I’m reading blogs, guide books, novels, watching movies, consulting fancy tour company itineraries, etc. I am determined to know Vietnam like the back of my hand (OR BETTER!) before we get there. Then, we’ll throw 3/4 of my planning out the window and do whatever the heck sounds fun. We have a system, and it works really well. 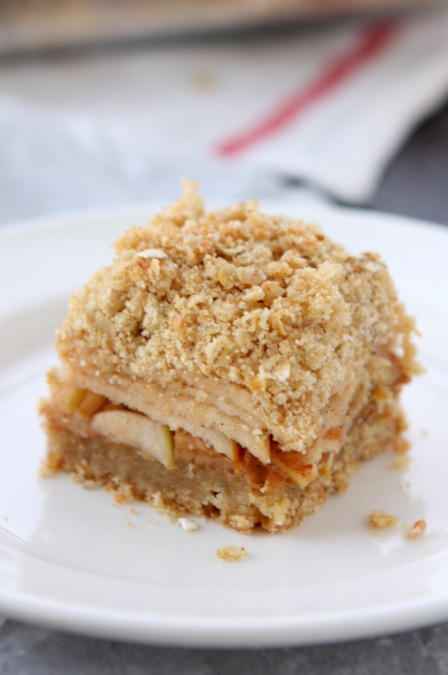 Onto the pressing matters: DESSERT! This is one of those desserts I make for THE PEOPLE. One that friends and family (mainly Derek) say “OMG MAKE THAT” because of one special ingredient: peanut butter. Oof. Fine. I’ll do it, every once and a while. 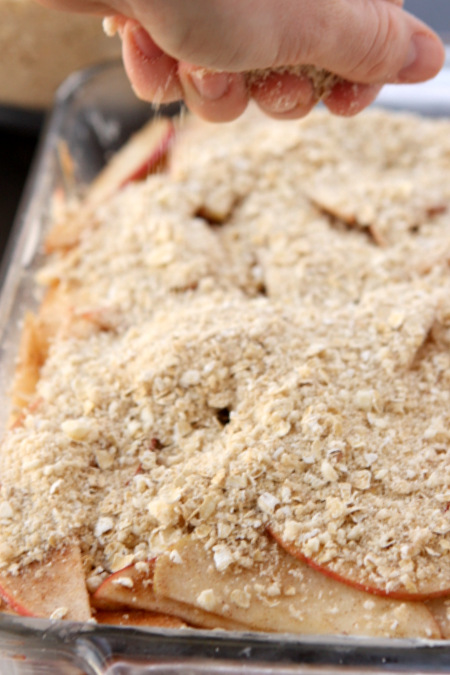 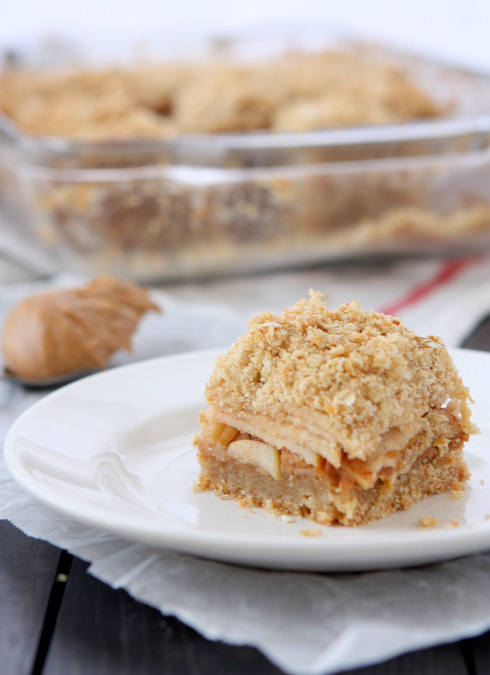 Back to the bars!

I used the base of the blackberry rhubarb crumble bars I made last summer. We LOVED those bars, and made them all. the. time. so I figured it was a good place to start. From there, I literally just spread a tiny bit (ok, a lot a bit) of peanut butter over the crust, followed by classic apple pie ingredients, covered with an oatmeal streusel! YOU CANNOT GO WRONG. 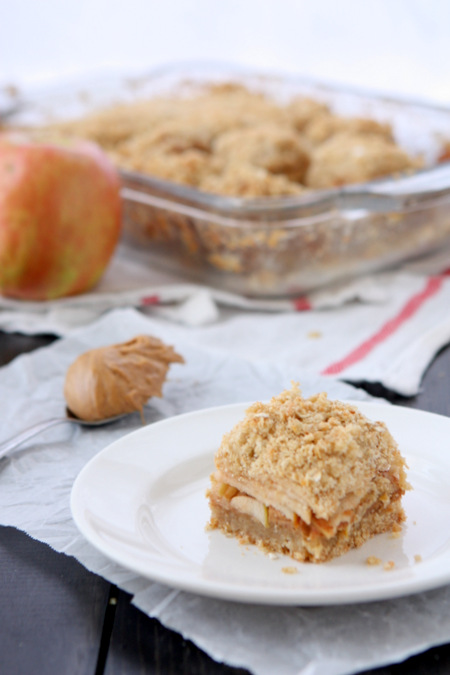