Notice: Function add_theme_support( 'html5' ) was called incorrectly. You need to pass an array of types. Please see Debugging in WordPress for more information. (This message was added in version 3.6.1.) in /var/www/wp-includes/functions.php on line 5831 Apple Pecan Cinnamon Rolls Recipe 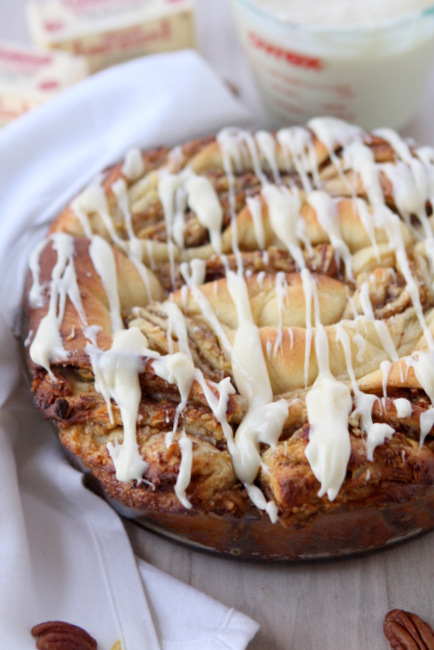 Yeaaah Portland!! Can you tell I’m excited to be home? A little bit? If you follow my instagram, you’ve probably noticed we aren’t in Montana anymore. West coast best coast! 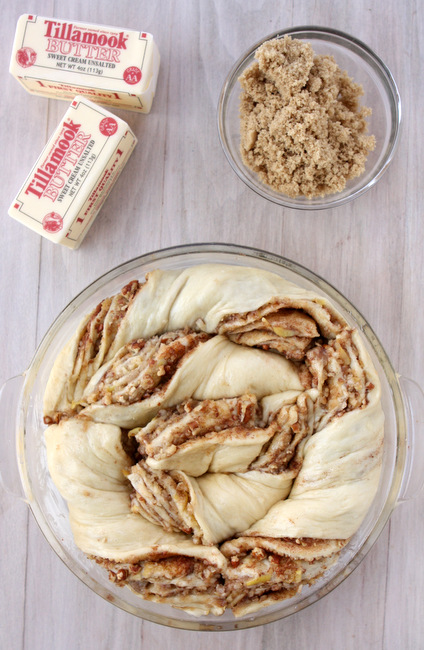 Now that we’re here at my Mama’s house, I’m seriously considering making these cinnamon rolls again. I made them a few weeks ago because, just like the pudding, I’d been craving warm, soft, cinnamon rolls! So, I made some! 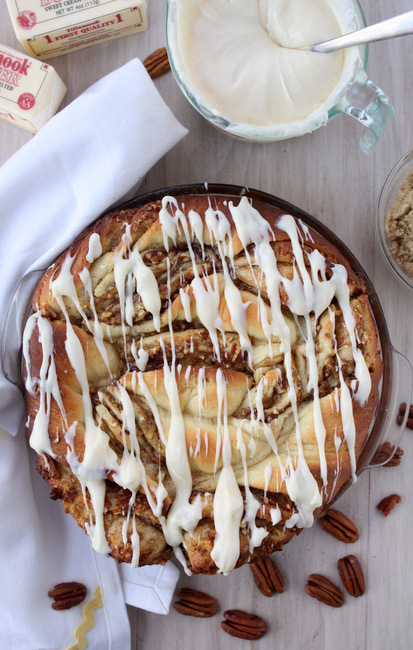 I’m not sure why, but cinnamon rolls always feel like a holiday thing to me. They’re not overtly holiday related — the classics don’t have any season flavors, they don’t look special (like a Christmas cookie)… so why are they such a holiday thing? Maybe just because they’re a treat! It’s that time of year when we all get to eat as much sugar as we want, right? Right. Just ski a few extra hours to counteract that! 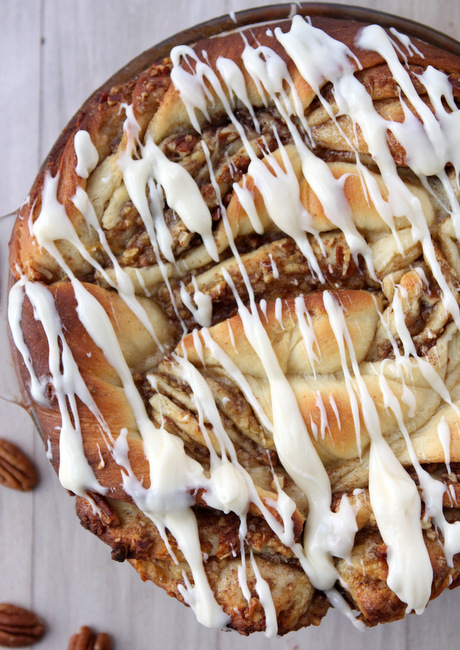 These cinnamon rolls came to have apples and pecans in them simply because I had some extra golden delicious apples (from this pancake) and some toasted pecans I needed to use up. Why not throw them into cinnamon rolls? SO DELICIOUS. And easy. And then you can’t forget the frosting: without a doubt the most important part of a cinnamon roll. Cream cheese frosting = essential! 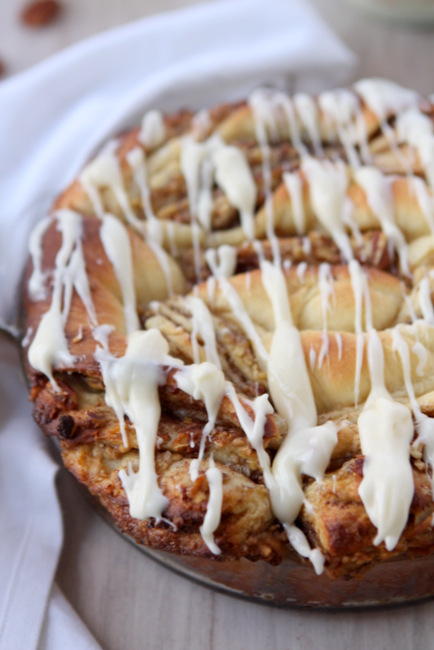 While I rolled mine all funky and put them in a pie dish, you can handle these exactly like “normal” cinnamon rolls and make them as individual rolls if you want. They’ll turn out delicious either way!