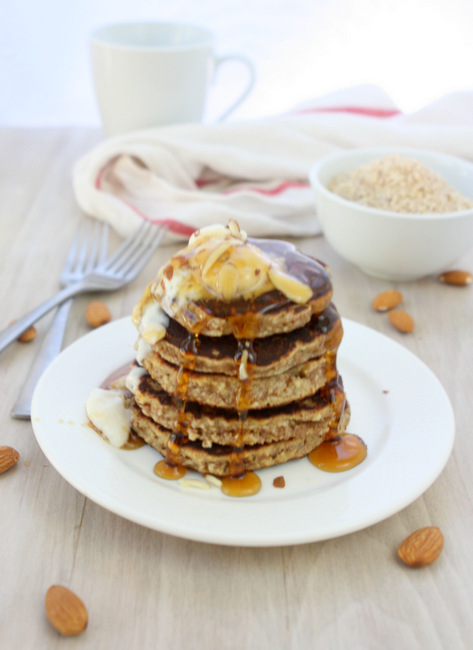 Time to get EXCITED!! 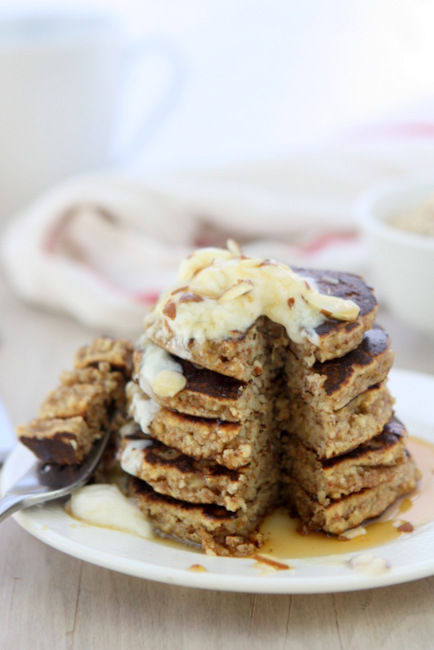 In coming up with a recipe for Better Breakfast Month, I wanted to try something very almond-centric, but also keep it healthy. It'd be really easy to load up the sugar and make some outrageous frosted almond streusel muffin (that sounds delicious, right?), but for me that defeats the purpose of a BETTER breakfast. So I set out to make something without loads of sugar! Did you know that eating almonds at breakfast fills you up for longer? No more 10 am second-breakfast needed!

Almond meal is something I've just started playing around with (remember the lemon almond ricotta cake?) — I figured it'd be a great way to make a filling pancake! I used the whole almonds California Almonds sent me, by throwing them into a food processor for a minute or two you end up with almond meal! Don't go TOO far, though, or you'll end up with almond butter — which is also a fun project! 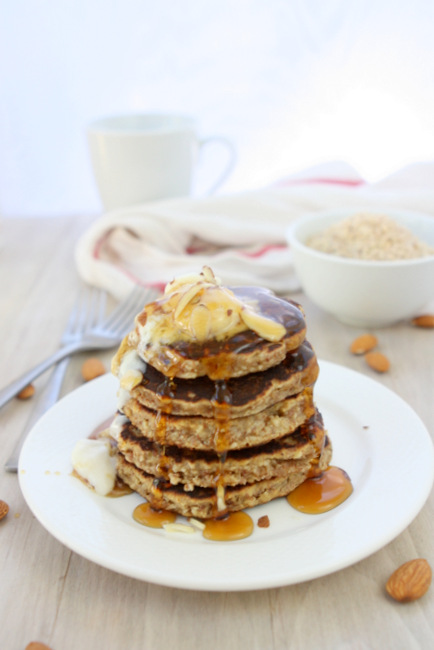 I played a bit with texture — first omitting milk, then adding it in, and using varying amounts of everything. Without milk, the recipe is gluten AND dairy free; however, the pancakes were a bit too dense and dry for me. Add in some milk, and they become a nice fluffy, FILLING, almond cake! Perfect! I discovered that cooking them at a lower temperature was key — they brown very quickly. 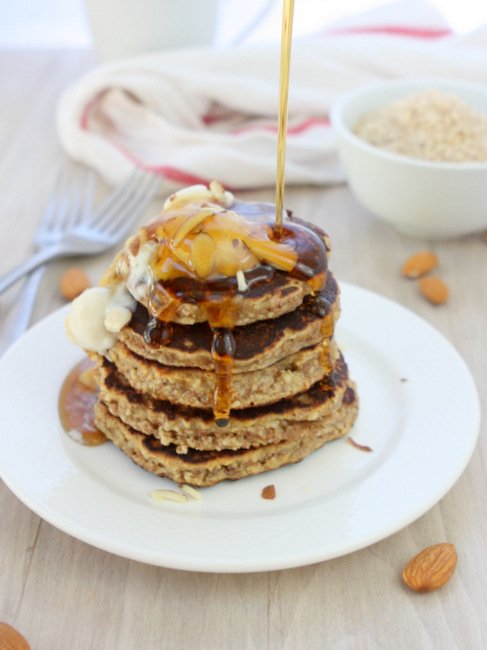 Now for the exciting stuff!

How would you like to win a YEAR supply of almonds? Yeah, that sounds pretty awesome! Come up with your own Better Breakfast Month recipe, featuring almonds, and submit a photo of it to the Better Breakfast Challenge this month. Winners are announced daily, and you could be one of them! 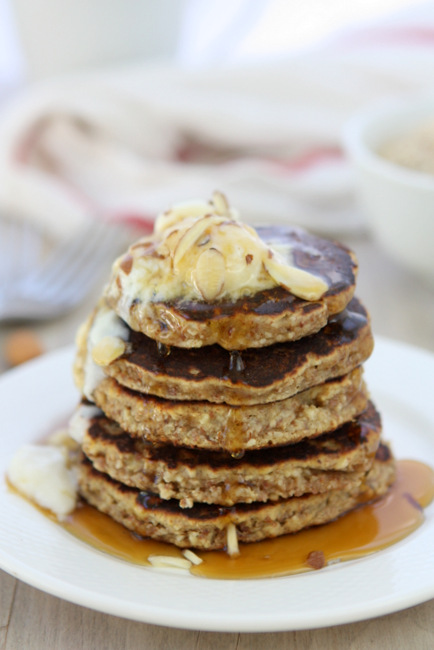 Now for even MORE exciting stuff!

I was fortunate enough to receive a Better Breakfast Starter kit, with whole almond, slivered almonds, almond butter, a travel pouch, and a $20 gift card to get other breakfast ingredients — now I want to give one to YOU! One lucky reader will get all of this!

The giveaway runs from midnight tonight through next Friday, September 27, ending at midnight. The winner will be contacted shortly thereafter and will have 48 hours to respond before a new winner is chosen!