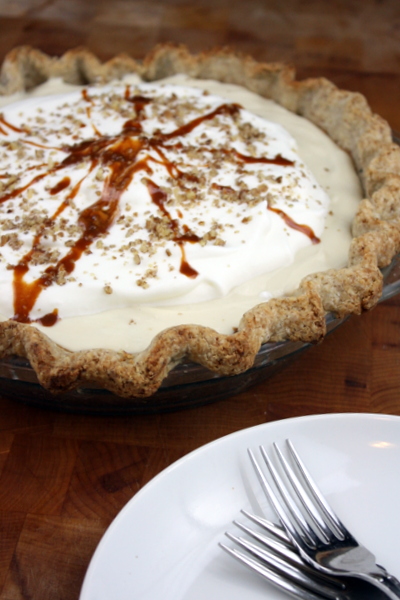 YOU GUYS: I have some seriously exciting things in the works! I'm about to burst, because I can't tell you yet (which I know is totally mean, I shouldn't even tell you I have something to tell you)! Sorry. Really though, sometime in the next week I'm gonna drop a bomb on ya — in a VERY good way. GET EXCITED. 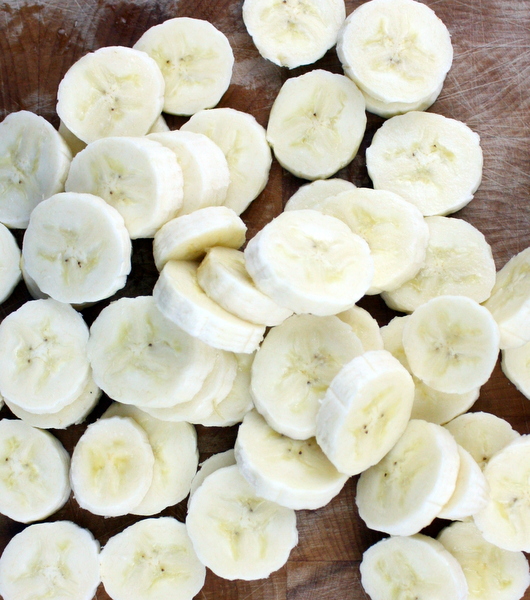 Also get excited about this pie. I am not purposefully on a banana kick, but maybe it's my subconscious post-New-Year's effort to incorporate healthy foods (such as bananas) into desserts. This one, more-so than the cookies, is really smothered in fat and sugar... but WOW did it taste good! 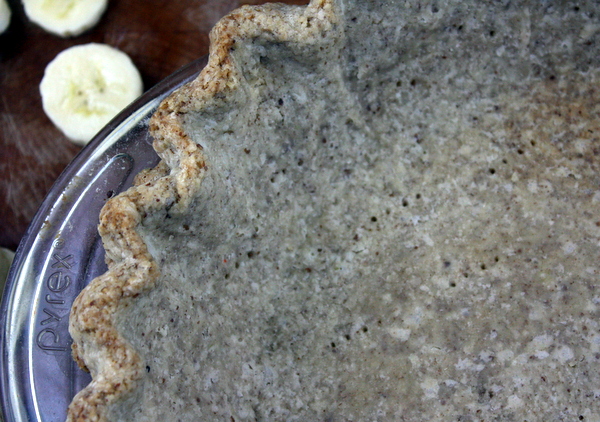 My favorite part of this pie was the crust. The original recipe called for a peanut crust, but I'm not really a peanut person (yeah yeah, get over it), so I went for pecans. Pecans in a pie crust?! Outrageous...ly tasty! I might start baking a LOT of pies in a pecan crust! Seriously — pecans are irresistible anyways, so throw them into an already buttery situation and you have sheer magic. MAGIC.

Once your crust is cool and ready, take some pastry cream and make a nice layer to cover the bottom of the pie crust. Have you ever tasted fresh, homemade pastry cream? I was shocked: it's truly delicious. 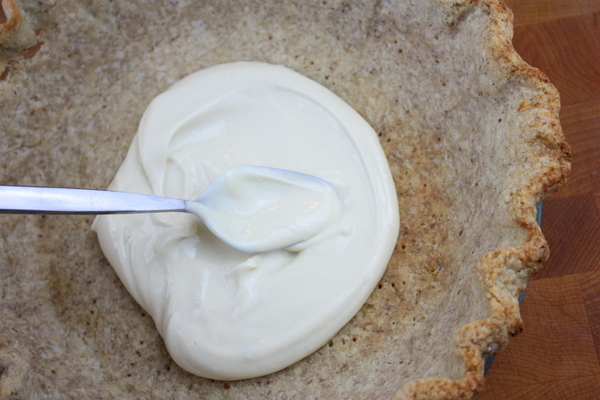 Then you're gonna layer some naners and caramel. YES. About the caramel: salted, with a hint of bourbon... good luck resisting spoonfuls of that! 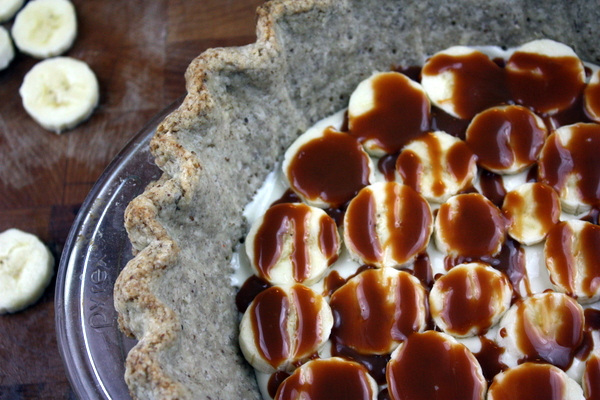 You'll repeat with pastry cream, naners, caramel, until you've used everything up — then top it all with some whipped cream, caramel, and some extra pecans. You're ready to go! 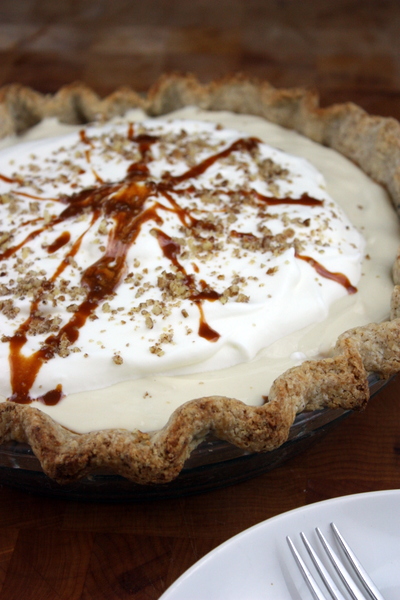 I can assure you that I would likely never order a banana cream pie if given the choice to do so; however, this pie was incredible. And you can (half kinda sorta) pretend it's healthy — because it has BANANAS and NUTS!

To make the crust, combine flour, ground pecans, salt, and sugar. Cut in chilled butter until it is in small (pea-sized) pieces. Gradually add water until the dough comes together, wrap in plastic, and chill for 30 minutes. When ready, roll out and fit to a pie pan. Line the dough with tin foil and fill with pie weights. Bake at 350 F for 12-15 minutes, or until beginning to brown. Let the crust cool completely before assembly.

For the pastry cream, heat the milk and cream in a saucepan over medium heat. In a separate bowl, mix the sugar, cornstarch, flour, and salt together. Whisk in the egg yolks (mixture will be very thick). Once the cream and milk reach a simmer, remove from heat and gradually whisk into the flour mixture. Once all incorporated, return to the saucepan over medium heat and cook until thickened — another 2-3 minutes. Remove from heat and mix in butter and vanilla. In a blender, blend the mixture (in batches if necessary) until completely smooth. Press plastic wrap directly onto the surface, to avoid a skin, and chill completely.

For the caramel, combine sugar, 1 ½ tablespoon bourbon, 2 tablespoon water, and corn syrup in a sauce pan. Stir, over low heat, until the sugar dissolves. Increase the heat and do NOT stir. Let the mixture boil, swirling occasionally, until it is a deep amber color. Remove from heat and whisk in ½ cup cream, butter, and salt. It will bubble vigorously, but keep whisking until it is smooth. Let cool for 5 minutes before adding remaining 1 ½ tablespoon bourbon, and vanilla.

Once everything is cool, whip the remaining ⅔ cup whipping cream with 2 tablespoon powdered sugar to make whipped cream, and chill while assembling the pie.