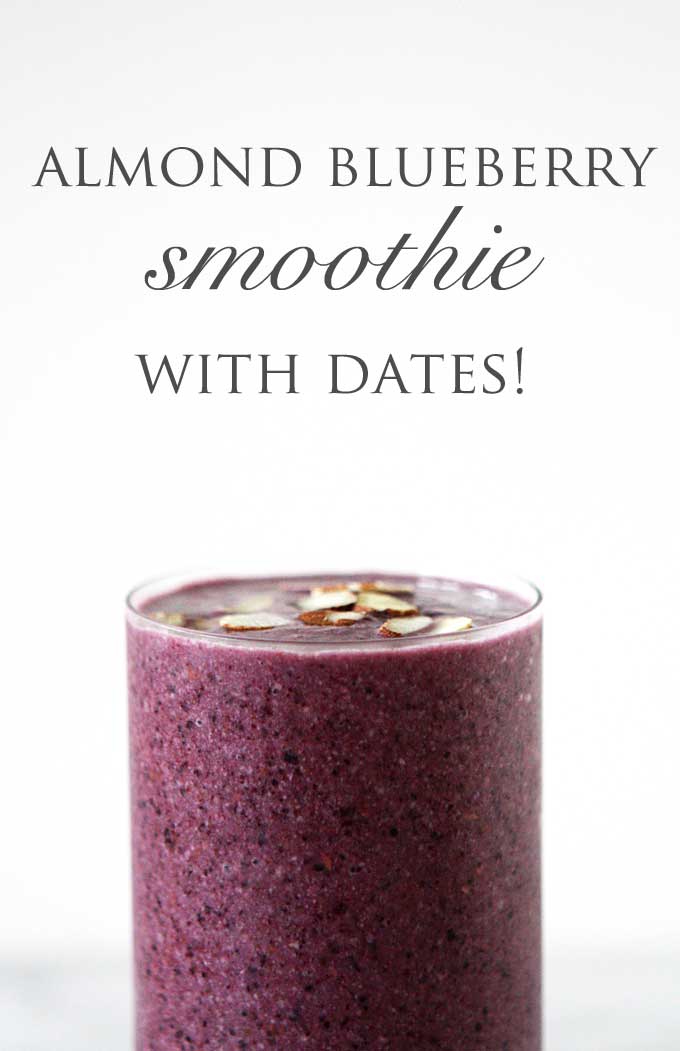 Today we start a new series! SMOOTHIE MONDAY! At least, for the next few Mondays. I've been going crazy with the smoothies lately, and have some good ones to share with you! Derek suggested I find some alliteration and have "smoothie Sunday" or "smoothie Saturday" which, at my insistence on it being a Monday thing, then turned into "Mary's Smoothie Monday" — which if we're going to alliteration, I turned into Mary'sMoothie Monday! NERDS. Yeah, big time. 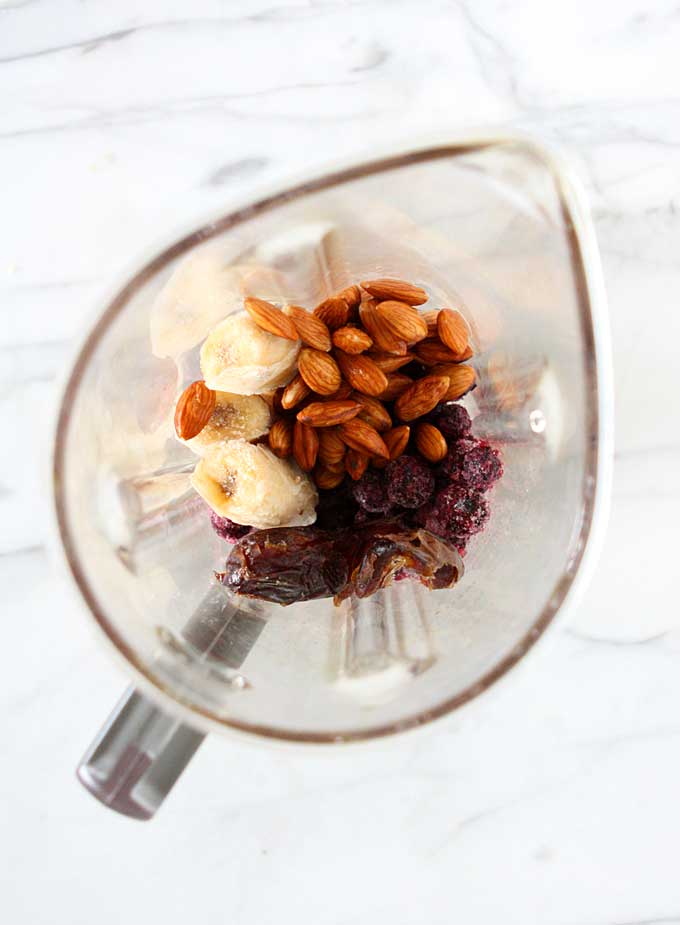 I've shared two smoothie recipes on TKP before: oatmeal peanut butter banana, and strawberries and cream. These two recipes, for whatever reason, are REALLY popular! Like, way more popular than gorgeous salads and fudgy brownies! What's with you people? This is one of those food blogger things: you make something you think will be awesome, and nobody really cares. Then, you make something you think is decent but not impressive, and EVERYBODY LOVES IT! There must be some weird universal law in motion here — it's nearly a science! I haven't tested out trying to trick the system, though. What if I make something I think is awesome, but seriously downplay my excitement {even to myself!}, in order to make it universally popular? I'm thinking the laws of whatever's in play here might be able to see right through that one. 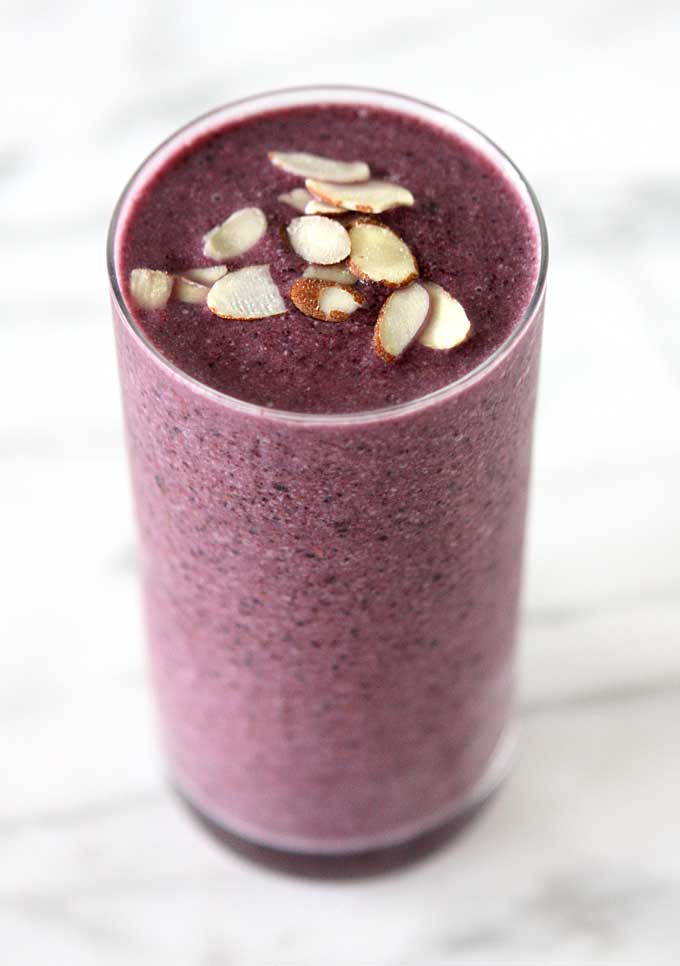 I suppose I'll just keep my excitement REAL and honest! I LOVED THIS SMOOTHIE! This is my jam! As you'll see over the next 4+ Mondays, I'm experimenting with more focused smoothies. Usually I just throw in every frozen fruit I have on hand, which is usually a few berries and bananas, plus spinach, orange juice, and maybe some almond butter if I'm feeling fiesty. Now? I'm trying to actually make a FLAVOR. A flavor other than generic smoothie flavor. It's tasty, don't get me wrong, but being able to pick out the flavors in a smoothie is way more fun. Why shouldn't smoothies be a culinary delight to pick apart like the rest of our food? SMOOTHIE REVOLUTION! 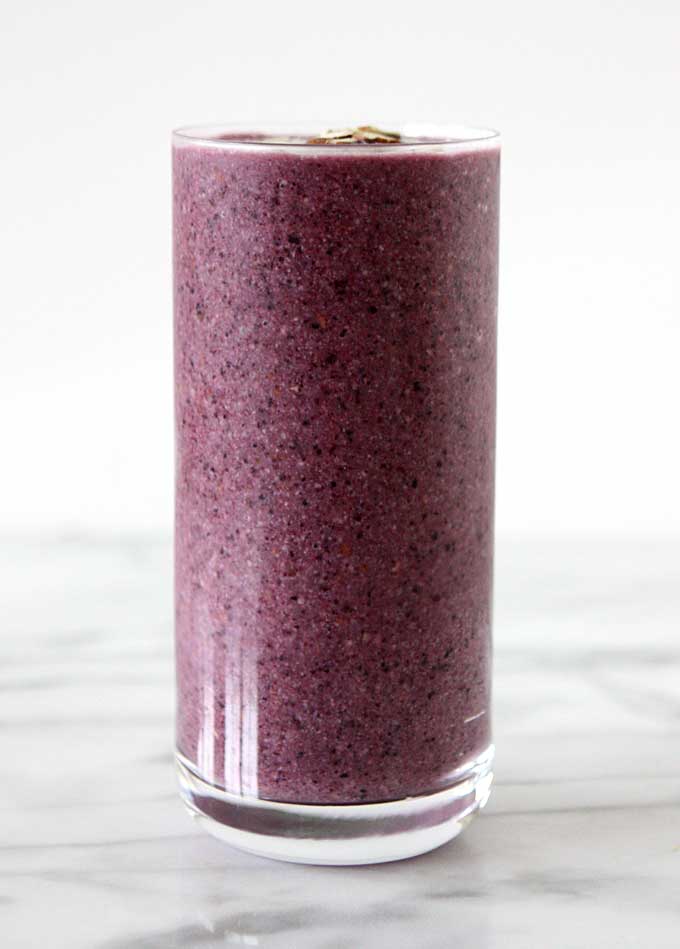 Back to this smoothie: I soaked the almonds to loosen them up a bit {I did an hour in hot water, but you could do overnight in normal water}, added two dates, bananas, and blueberries, and then broke my cardinal rule of smoothie-making. I'm serious when I say I debated this action for a while. I usually use orange juice as my liquid, and am 100% anti-WATER in a smoothie. That's just wrong. Right? It's wrong! BUT IT TASTED SO RIGHT! I needed something liquid, but didn't want to add a citrus flavor, or milk, so ... water it is! That said, I made this again the next day with orange juice and it was still completely delicious. I'm just saying that I'm hitting "pause" on my no-water-in-smoothies policy for ONE AND ONLY ONE SMOOTHIE. This one. It's a winner!

If you're impatient and don't want to soak the almonds, this recipe still works — just be aware that the texture will be slightly different {more grainy}.