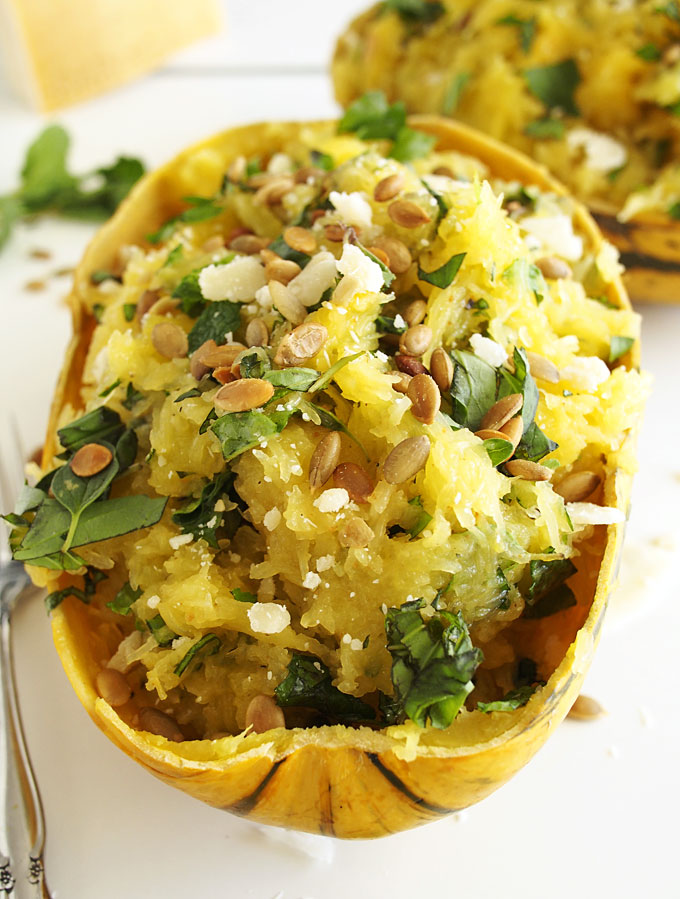 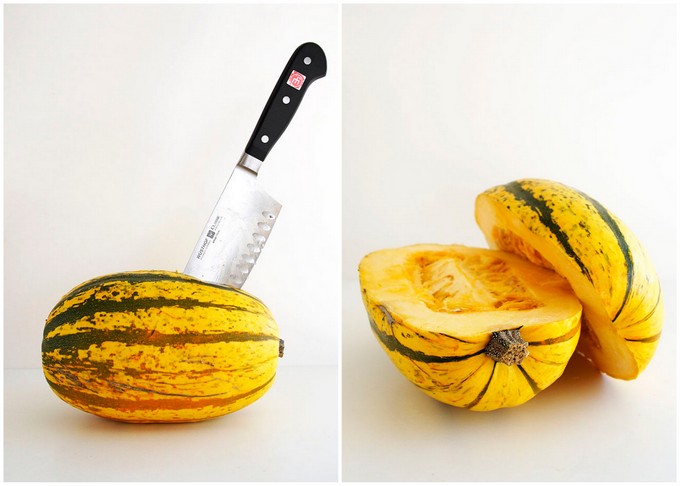 I've told you about my delicata obsession as of late — I seriously can.not.stop. and am 100% fine with that. So last week, I had an idea to make something with spaghetti squash and headed to the store to get one. Then I saw it: THE STRIPETTI! When I read the label and saw the description (delicata cross with spaghetti) I was like "Ummmm omg YES!" so obviously, I bought one. YAASS! 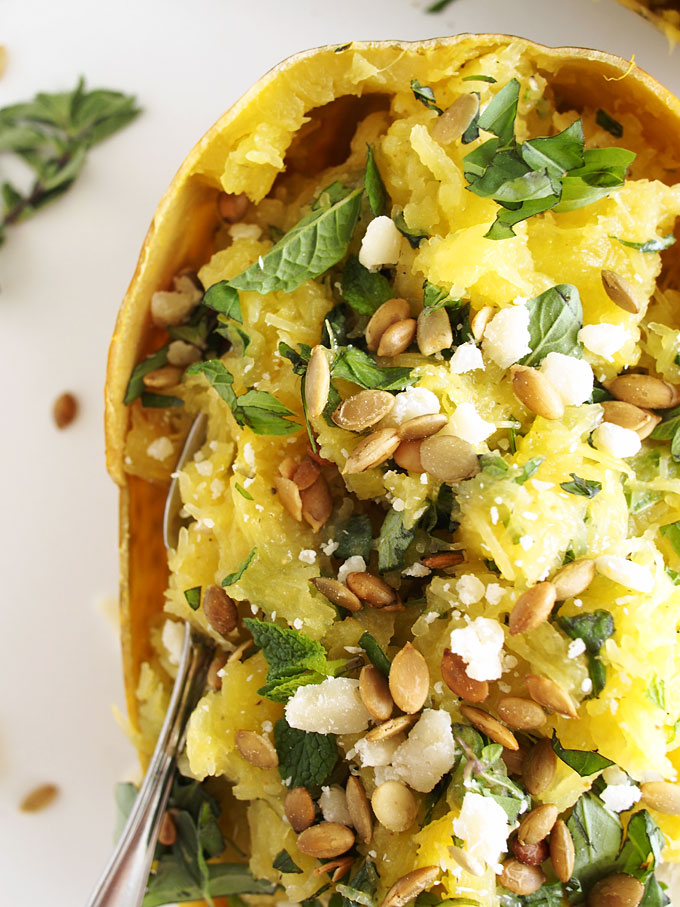 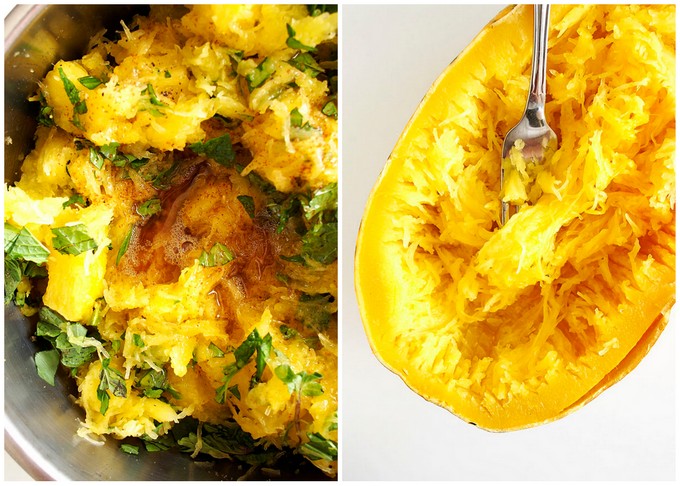 To be honest, I have a hard time with spaghetti squash. I don't love them. I don't hate them, or even dislike them, but I almost always choose a different squash. HOWEVER: crossed with a delicata (sweetness! literally!), I'm sold! You can have the fun texture of spaghetti squash (which tricks you into thinking you're eating some texturally interesting something. I guess you actually are, so it isn't really a trick...) but with a flavor I prefer. HECK YEAH! 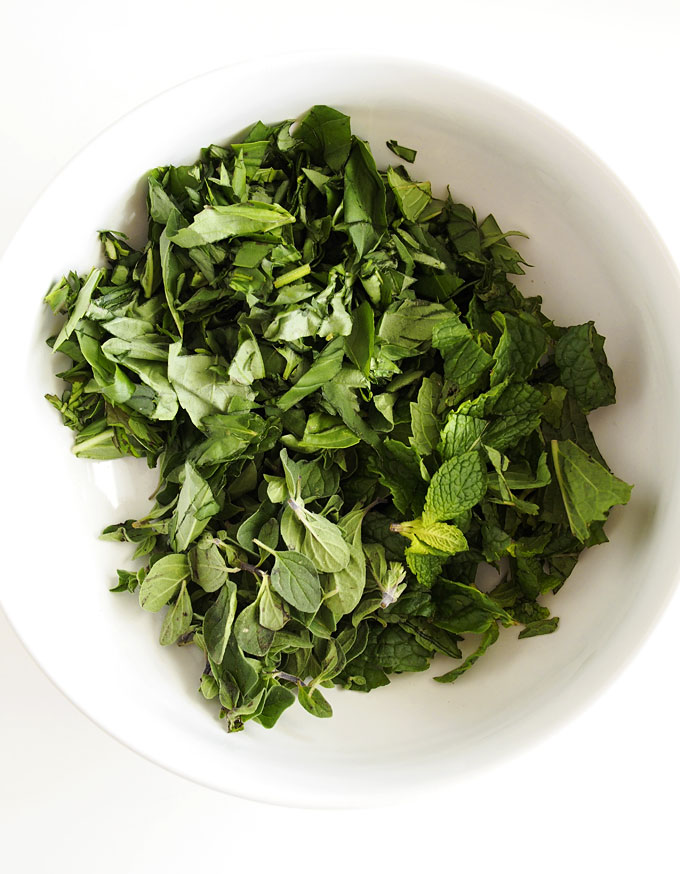 But then we take it a step further, in the flavor department, because 1) brown butter and, 2) herbs. Like, all the herbs in the land. By that I mean three herbs (Oregano, basil, mint) but IN FREAKING ABUNDANCE! Ooooh so good. Remember when I became obsessed with using all the fresh herbs ever because Vietnam taught me that's how *all* food should be? Yeah. YEAH! Add some pepitas (!!) and salt & pepper and BOOM: you have a delish meal. 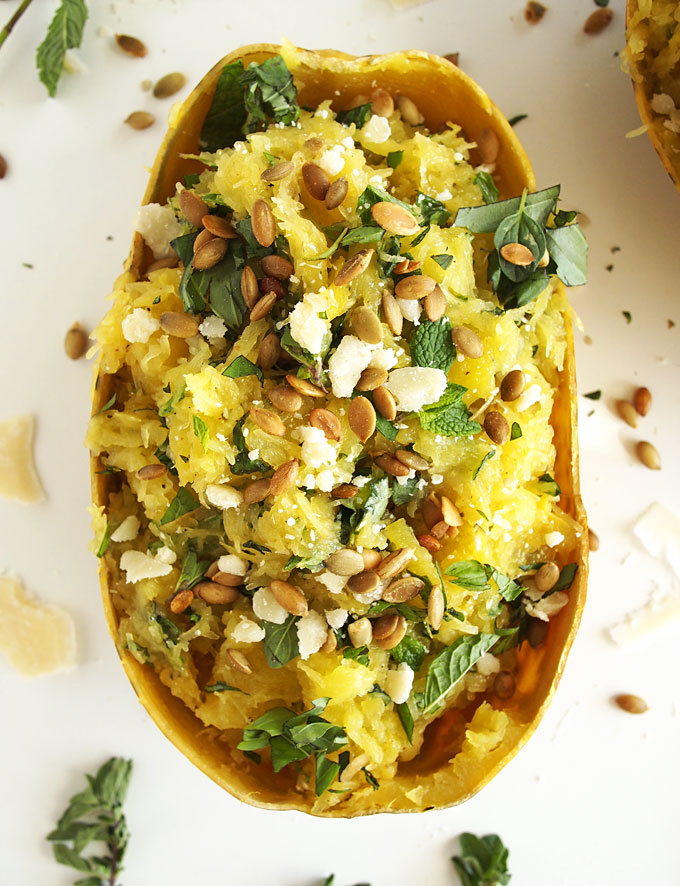 I ate this plain, I ate it with eggs, I ate it on toast, I ate it with mushrooms... the possibilities are endless. Add some avocado! Obviously add some cheese — I had parmesan, and it was perfect. Put it with some actual #carbface noodles! Or over another grain! Or in a green salad! I actually did that one, too. It was great! Sooooo go fine a stripetti (or just use a spaghetti. I won't care.) and tell me how you ate this. If your answer is "straight out of the shell" or "face-planted into the squash" I'll be so proud.