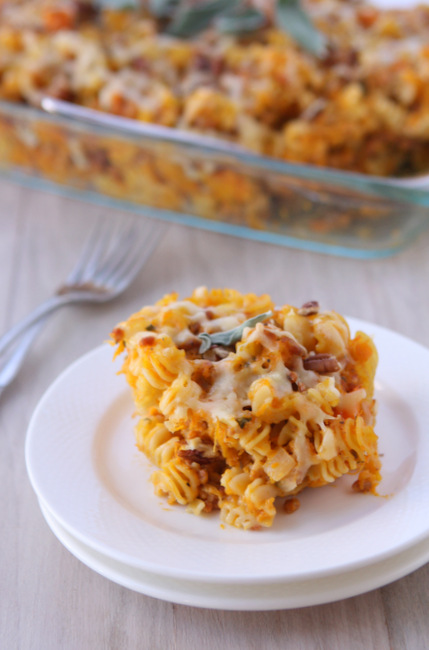 Sometimes, usually while I’m cooking, I get great ideas for what to write about for a post. Something funny, or weird, or just thought-provoking. I sometimes (usually) forget to write them down, and then they’re gone forever. I just can’t remember them. Sometimes, I write them down! Hallelujah! Then I write something weird for you to read, and I don’t just ramble on about the food. 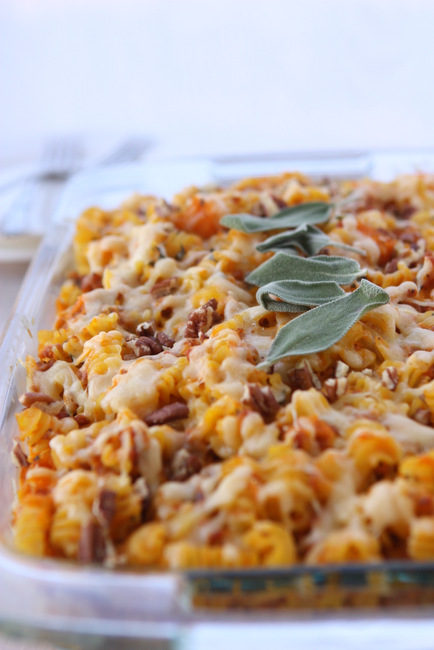 Sometimes, I write down a reminder and then COMPLETELY forget what I meant. For example: “Penne is the gateway drug of pasta.”

Um, what? I have been staring at this note on my computer for at least two months now, trying to remember what the heck I was going to ramble about. I can’t even understand what I was trying to say! Maybe because it’s the first shape, other than macaroni and spaghetti, I really tried? I do feel like I used to eat a LOT of penne, and then discovered that I actually enjoy other (more fork-friendly!) shapes more. 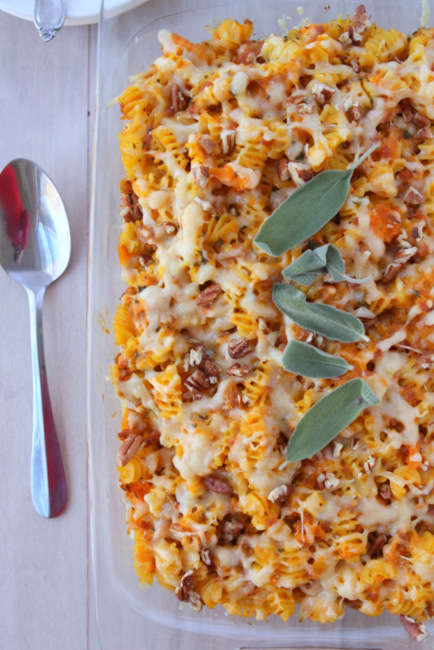 Either way, I have no clue what “penne is the gateway drug of pasta” was supposed to mean. I figured I’d wait until a pasta post to share that “insight” with you, but seeing as this doesn’t even use penne, perhaps I’m way out of touch here!

Onto the pasta at hand: AWESOME. I described this dish, as it existed in my brain, to Derek with one of two possibilities: chunks of squash mixed in to the pasta, or mashed up squash mixed in. We agreed that chunks would be WAY more photogenic, but that mashed was his preferred texture. He isn’t a huge squash fan (claims it has no taste) to begin with, so mixing in some goodies and not leaving plain squash chunks was a plus for him. Ultimately, I agreed. Taste over looks, right? Right! 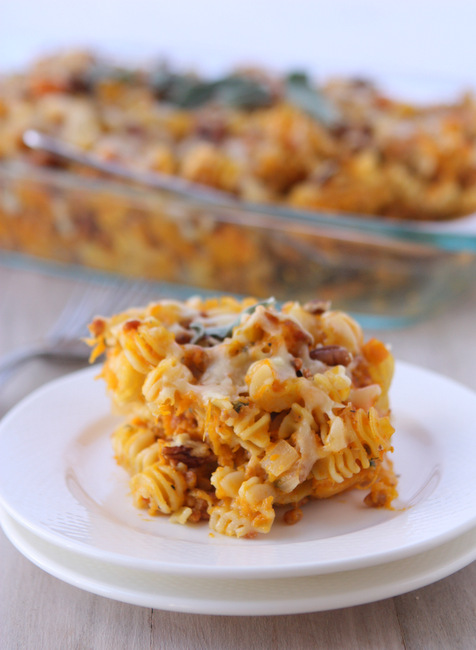 I had a bunch of sage leftover from when I was GOING to put it in the gnocchi, then didn’t, so I used it here. Delicious! The pecans were a last minute addition that I was half-dubious about (pecans in pasta? weird. but actually not weird at all!), and I’m so glad I added them. The dish benefited from a bit of crunch. 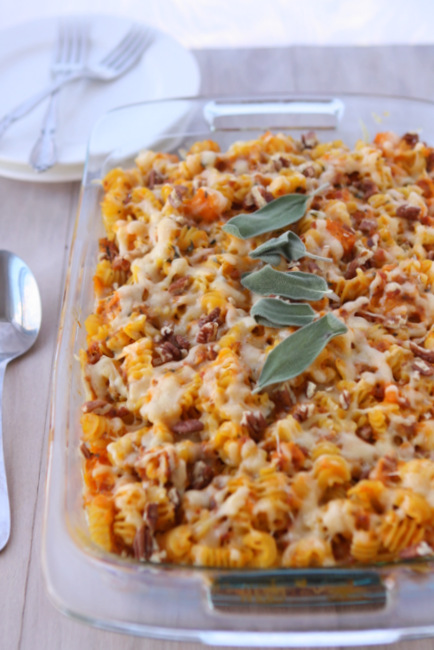 If you’re not into spicy, substitute the chorizo for a milder sausage, or even bacon if you wish. I LOVED the chorizo, though — it was super spicy, made the dish hearty and filling, and gave the squash a bit more life. I definitely wouldn’t skip it!