Notice: Function add_theme_support( 'html5' ) was called incorrectly. You need to pass an array of types. Please see Debugging in WordPress for more information. (This message was added in version 3.6.1.) in /var/www/wp-includes/functions.php on line 5831 Chipotle Adobo Breakfast Tacos with Quick Guacamole Recipe 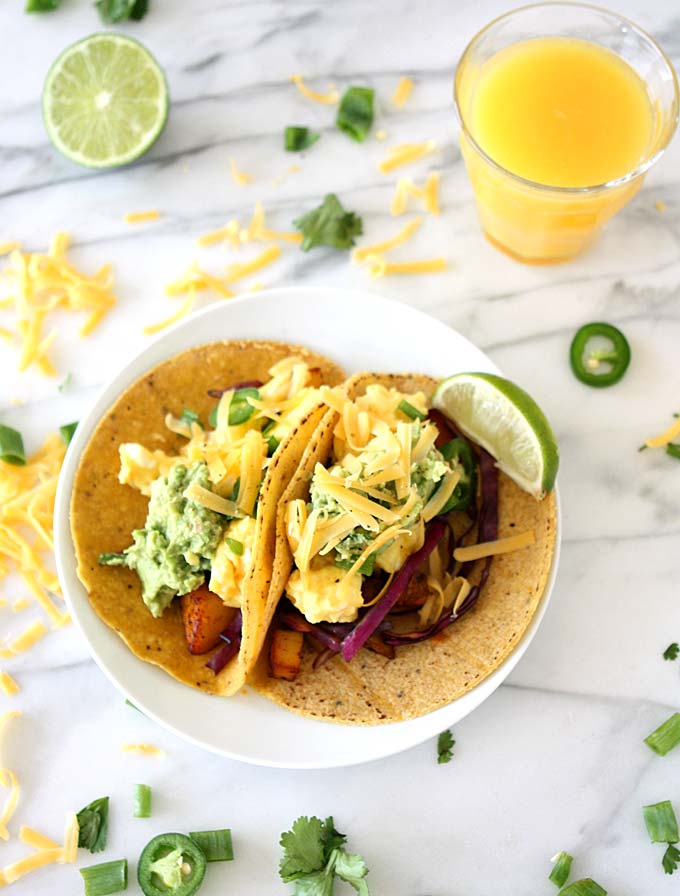 This fall weather makes me want to knit. What is it about cooler temps that bring out a domestic/crafty side to people? Is it just because cooler weather makes us stay indoors more? If you live in Montana {as we did for three years} you know that isn’t necessarily true… but that’s besides the point. Give me some needles!! I learned to knit as a kid, but didn’t make anything more complicated than a cabled scarf until we moved to Bozeman and I took a class on knitting sweaters. I was hooked! That’d be more funny if I crocheted… but I don’t. Moving on. I made quite a few sweaters, all of which are in storage in Montana, but the one I can’t stop thinking about is the one I WANT TO BE MAKING RIGHT NOW! 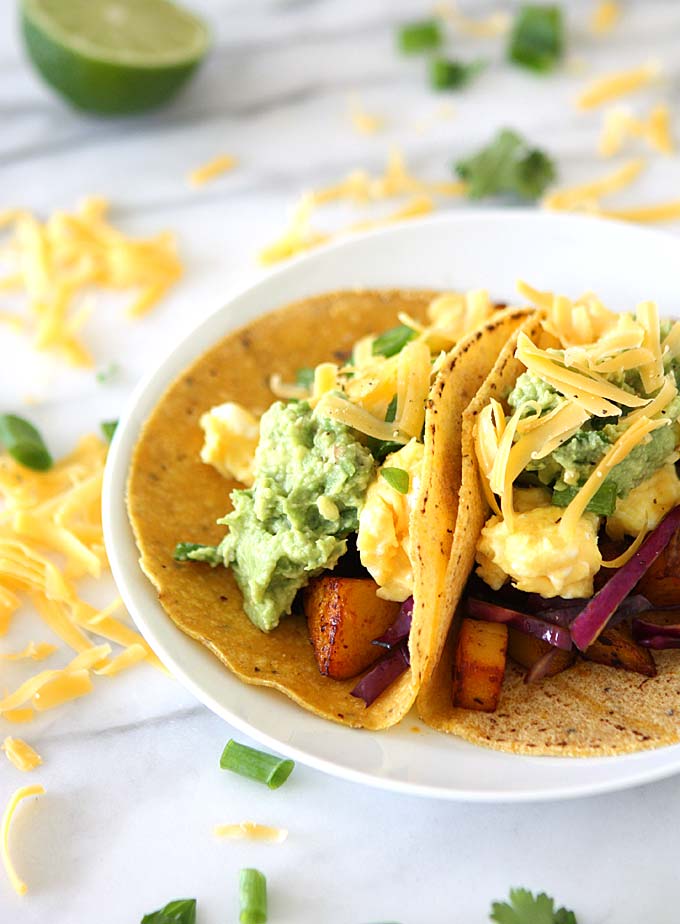 I started a sweater last winter which was, on the scale from “totally within my capabilities” to “absolutely impossible for me” was like an eight. Or “will take much focus, time, and effort” BUT BE TOTALLY WORTH IT! It’s a gorgeous fair aisle pattern that I chose to make with superfine, supersoft, beautiful grey and white alpaca wool yarn. It’s knit in the round, from the bottom up, and upon beginning to knit I knew this sweater would not be done in time for our move to Asia. The stitches are TINY. Smallest needles I’ve ever used. I love chunky sweaters, and they’re quick to make, but this pattern begged for tiny needles that will result in a gorgeously smooth end product. So I knit. I knit the k2/p2 band around the bottom. I knit up a few inches and began decreases for my waist. I knit the skinniest part for my waist. I knit the increases up my ribcage. All the while, I’m using one color {grey}, and really just trying to bust it out in order to get up to the patterned yolk! 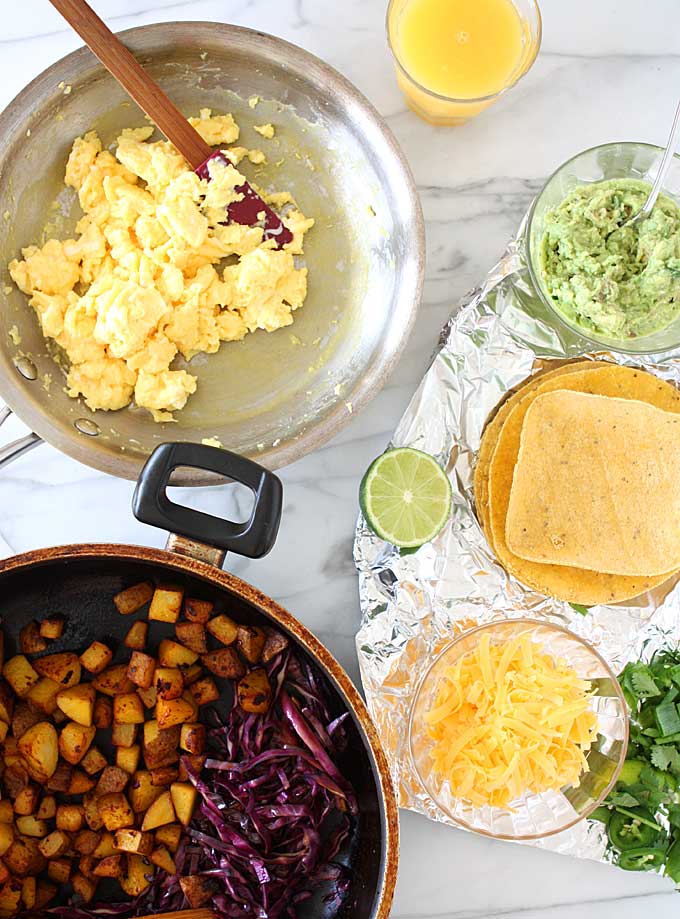 I never made it. The yolk will have to wait another year, and miss an entire winter of being worked on, because it is just not practical to knit OR have a heavy sweater in SE Asia. Booo! I should have shipped it out here, to Portland, since we’re here long enough I could probably get a few inches in, but that would have been a big distraction. We’re working a lot while we’re home {because we have a kitchen, and amenities, and access to really great internet, and closer time-zones!}, and I know that if I have a knitting project handy that I’ll have a monumentally difficult time ignoring it. I’m embarrassed to admit how many days this winter I shirked my work duties {or rushed through them} so I could sit on the couch in front of our fireplace knitting like a banshee and watching House of Cards. Have we talked about my inherent laziness? It’s a real thing, people. 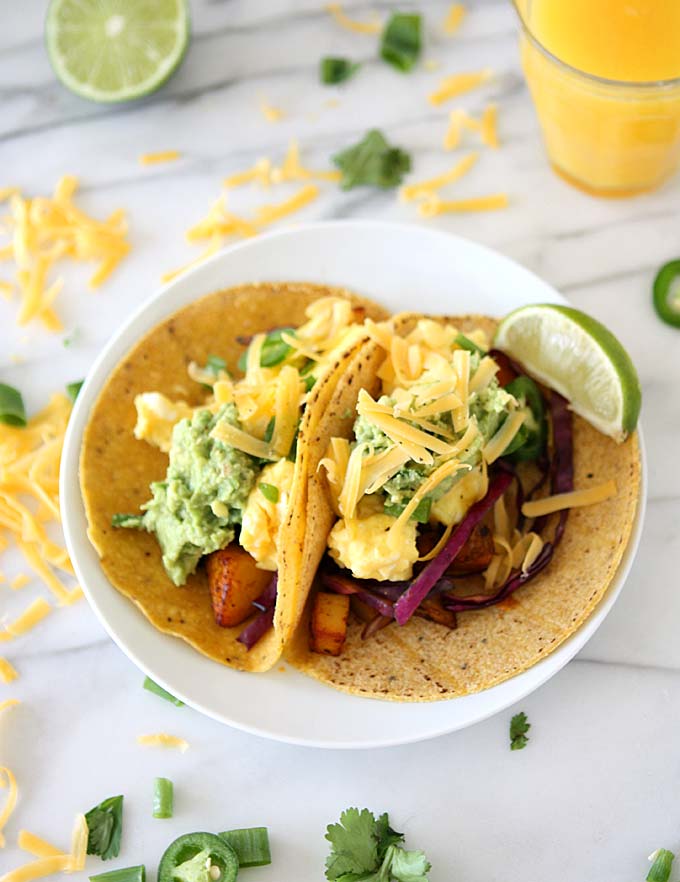 Now that I’ve re-lived my favorite incomplete sweater, I’m seriously considering starting a chunky {read: QUICK} sweater! But, as we look at the previous paragraph, I know that would not be helpful or advantageous to my work! Ugh. One day I’ll learn to do things in moderation. Maybe I can get a job as a professional knitter?? Nah. They have machines to do that {which is too bad, because I would LOVE to crank out sweaters… I’d just have to charge thousands of dollars per item to make it worth my time}. Hmph. 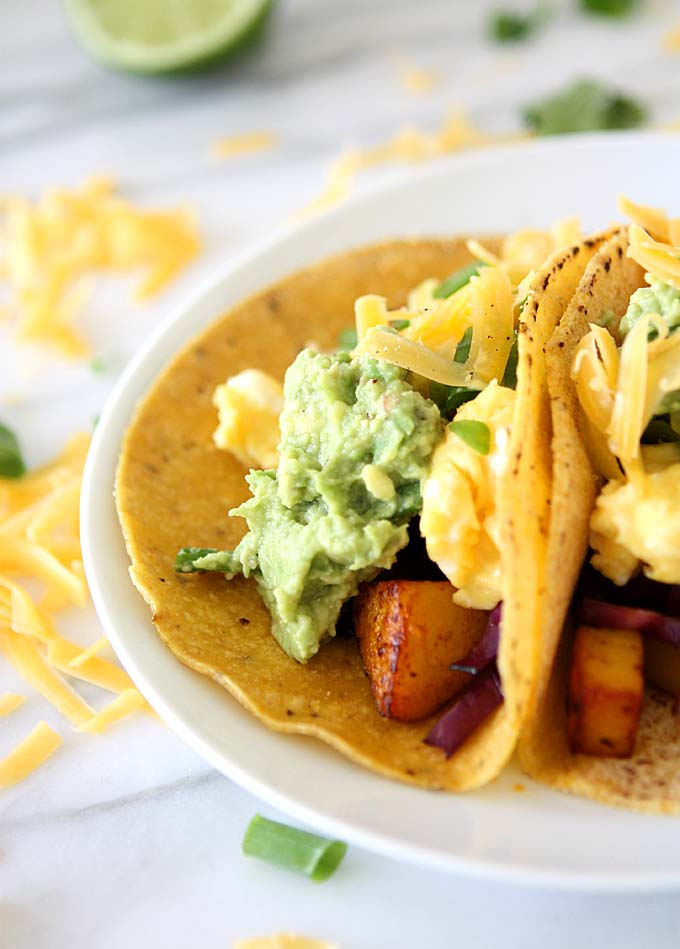 If i can’t knit, I may as well turn to one of my other favorite things in life: TACOS. I’m not even kidding you, I think I’ve had Mexican food for 90% of my meals out since we’ve been home. I can’t stop! With all of our travel around the US in the last month, we’ve been eating out a lot. Sometimes we’ll get Vietnamese {we love it! it’s like our new comfort food!}, or Thai, but usually we get Mexican. TACOS FO LIFE! Brooklyn: Tacos. Seattle: Tacos. Portland: Tacos. ALL USA: ALL TACOS. I’ve gone too far. Just roll with it. 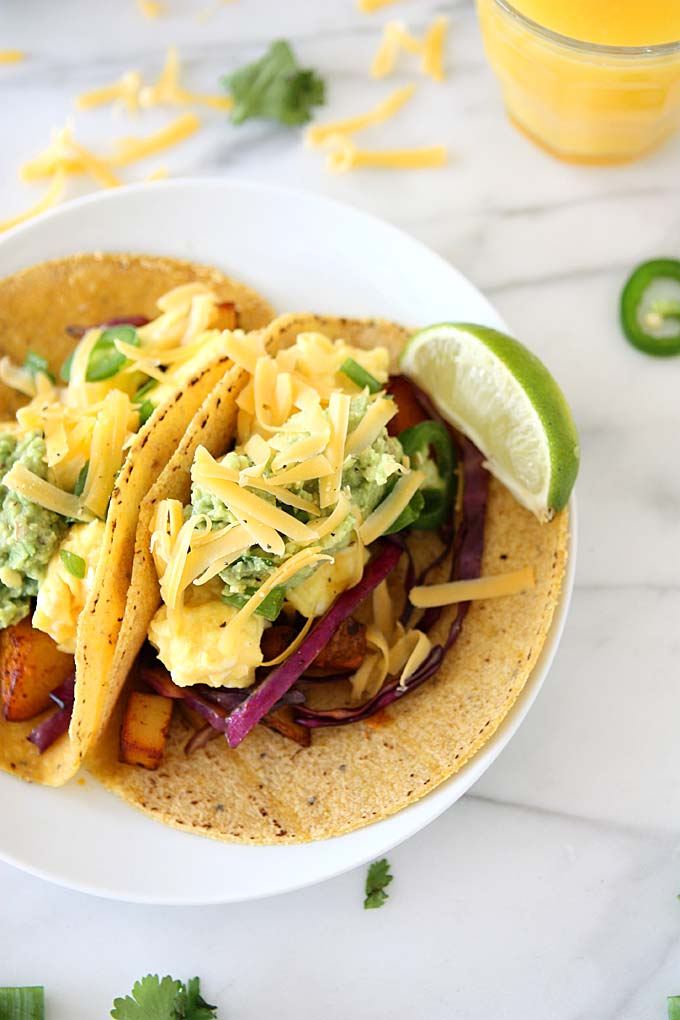 I’ve made breakfast tostadas before, which are A.W.E.S.O.M.E. These are similar, just in taco form plus guac minus fried egg plus scrambled egg minus bacon plus CHIPOTLE ADOBO. I think they should rename cans of chipotle peppers in adobo sauce “magic bombs” or something like that because there is SO MUCH FLAVOR in one of those cans — which is my secret ingredient to transform any “blah” combo into a “WOAH” combo. If there is one thing I can tell you about this recipe, it is: DO NOT skip the chipotles/adobo sauce! As with most of my recipes, go have fun with this. Throw in some breakfast sausage, bacon, onions, whatever other breakfast favorite you have on hand. Had I salsa on hand, this obviously would have made the cut!