Notice: Function add_theme_support( 'html5' ) was called incorrectly. You need to pass an array of types. Please see Debugging in WordPress for more information. (This message was added in version 3.6.1.) in /var/www/wp-includes/functions.php on line 5831 Cinnamon Pecan Bars Recipe 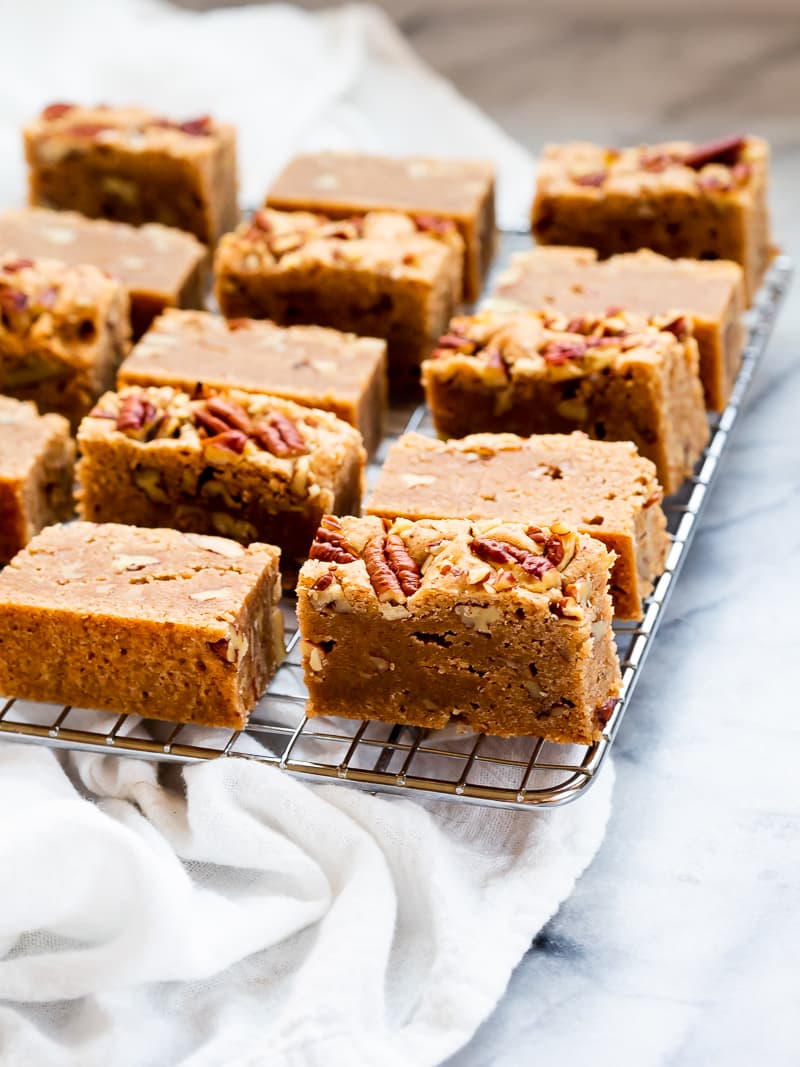 Sooooo now that Halloween is over, we can get on to cookie season, right!? I thinks so! I’m not the kind of person who puts up my Christmas lights on November 1st (although tbh I have no problem with that), but I am totally the kind of person who thinks eating cookies all winter is 100% acceptable. So here we go! 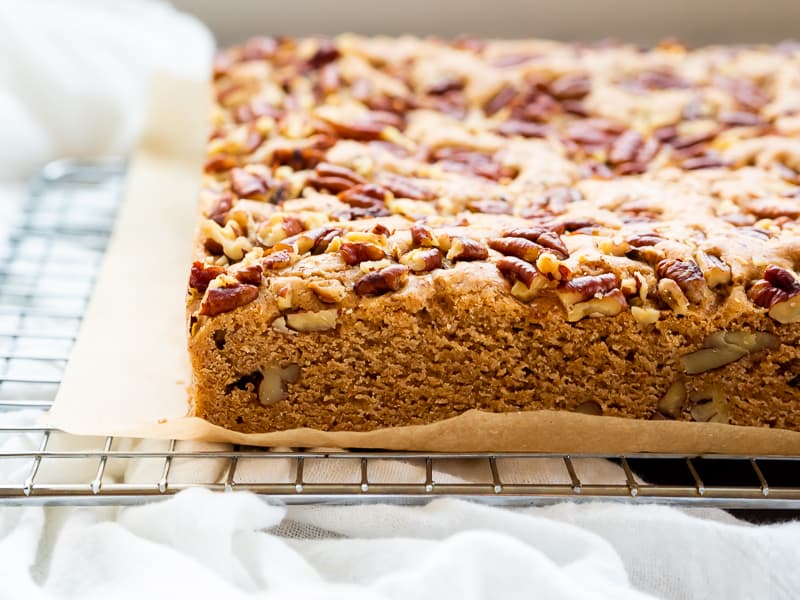 These cookies are very similar to my brown butter snickerdoodles — I based the recipe off of that one, but added cinnamon and pecans, put them in bar form, and didn’t roll them in extra sugar/cinnamon. They also remind me a bit of soft toffee cookies — which are basically SUPER heavy on the cinnamon, and have pecans on top. Let’s call them a baby between the two recipes — they’re soft, have browned butter (hellloooo nutty flavor!), lots of cinnamon, and delicious pecans throughout and on top. 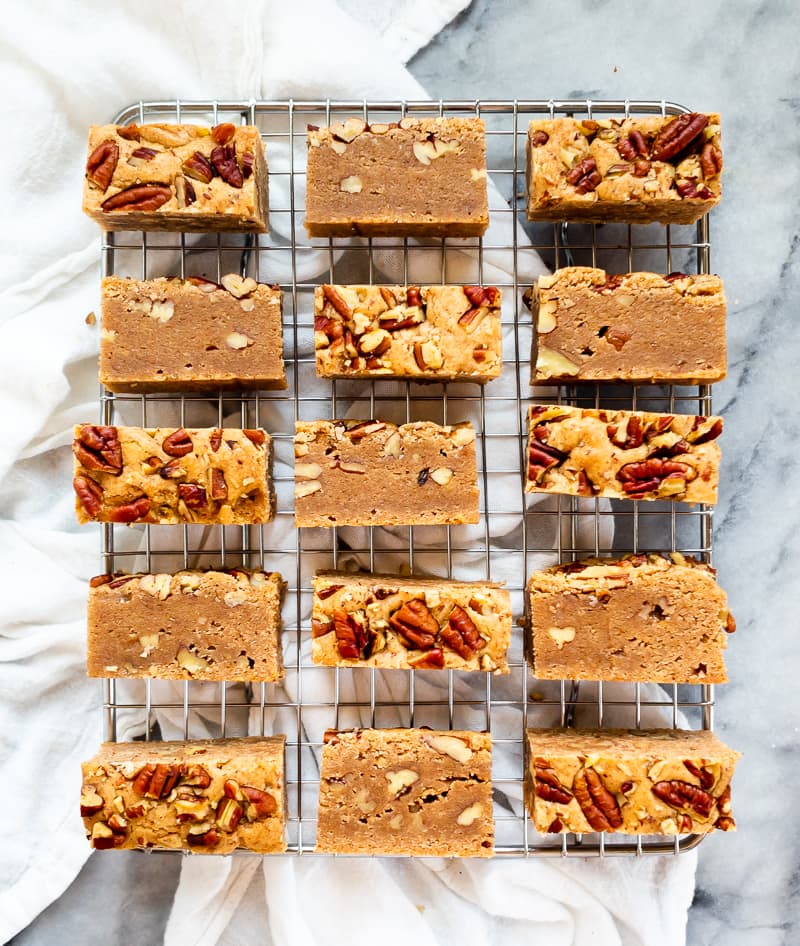 Cinnamon pecan cookie bars have browned butter, lots of cinnamon, and pecans. They’re similar to a snickerdoodle, plus the nuts!

*Baking time here is pretty subjective. You can bake less for a gooey cookie (especially in the middle), or more for a drier cookie. Either way, the edges will be more done than the middle.