Notice: Function add_theme_support( 'html5' ) was called incorrectly. You need to pass an array of types. Please see Debugging in WordPress for more information. (This message was added in version 3.6.1.) in /var/www/wp-includes/functions.php on line 5831 Coconut Zucchini Bread French Toast Recipe 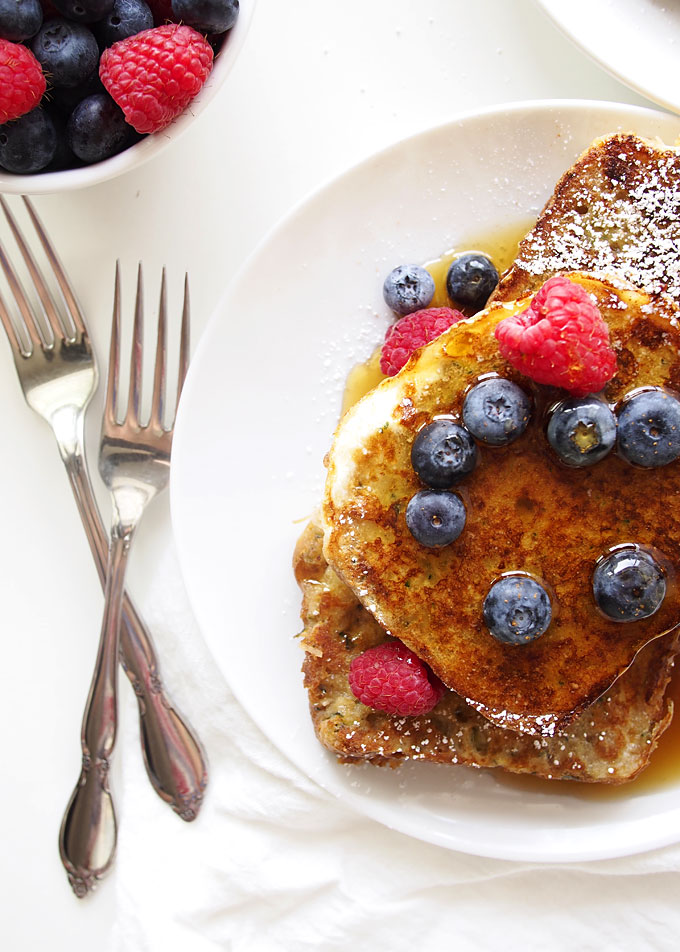 A few weeks ago, I had a friend sleep on my couch for a few days. We talked a lot about the current state of relationships — friendship or romantic — and technology. How the two help and hinder one another. Everyone I know is swiping right and left with varied success, and I find myself aggravated in social situations with people who look at their phones immediately after asking me a question. It’s been a very conscious decision to not look at my phone, as much as is possible, when I’m with other people. Sometimes I leave it at home when I go to yoga — and I feel that panicky urge to check it as soon as class is done, only to realize I have a bike ride home before I can do so. It’s a terrible feeling, not one I’d like to get used to, and not one I think it beneficial for our skin-to-skin connections. 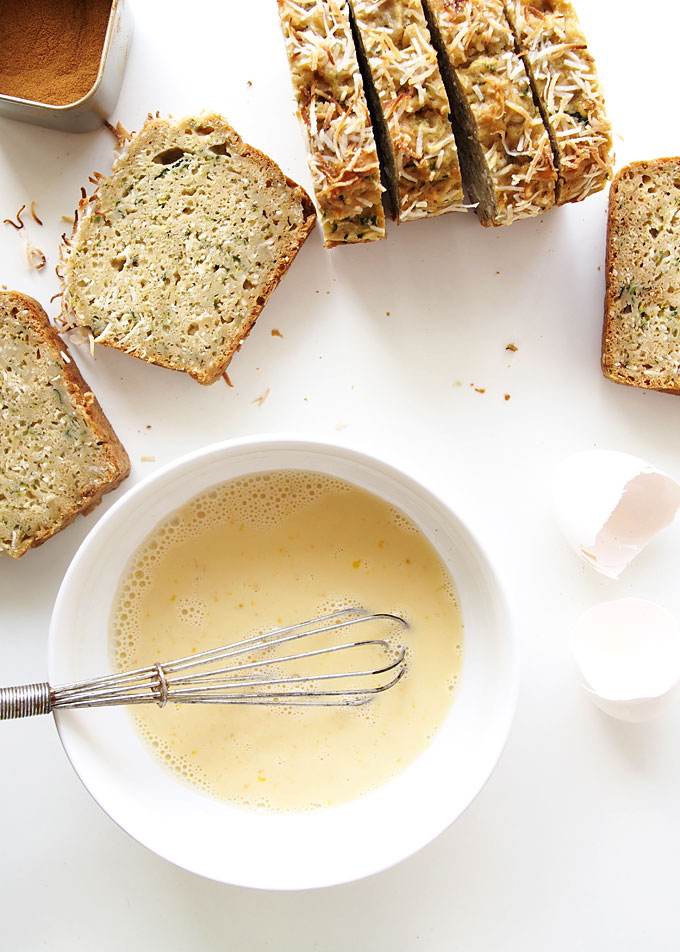 That friend suggested taking time away from our phones — something I’ve thought about a lot. I did just that about a week later, set my phone aside for 80% of the day and didn’t even think to check it. It felt amazing, until I checked it and saw dozens of confused “why aren’t you answering” texts alongside the snaps and messages and instagrams and facebooks, etc. I immediately felt guilty. I SHOULD BE ANSWERING THE PEOPLE! But, do I need to? Nothing was urgent. Nobody was hurt. Nothing had gone wrong. Can we practice a little bit of patience? 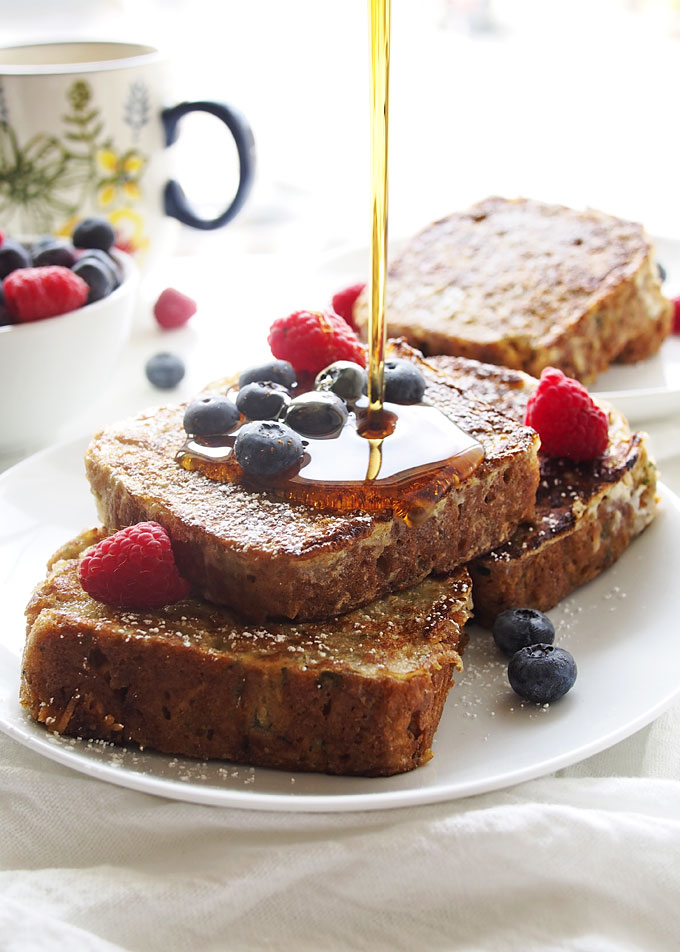 So yesterday, when I realized I’d — by my own lack of care — drowned my phone in a frigid waterfall (as I was smelling the smells and feeling the cold feelings and being present to the best of my capabilities), I was kind of relieved. Terrified of the reaction from the people I’d be letting down (OMG ARE THEY FREAKING OUT BECAUSE I CAN’T SEND THEM AN EMOJI!?), but grateful to have a mandatory respite from the incessant screen-checking. Grateful it was Sunday afternoon and I’d never make it to the Verizon store before they closed. Grateful to go to the grocery store, with insane lines that took 20 minutes to go through, and not spend the whole time texting/snapping/complaining about the situation. I just stood there, overhearing conversations from everyone around me, watching people, smelling flowers, thinking about things other than double-tapping and LOLing and sending a sassy flat-line face emoji. 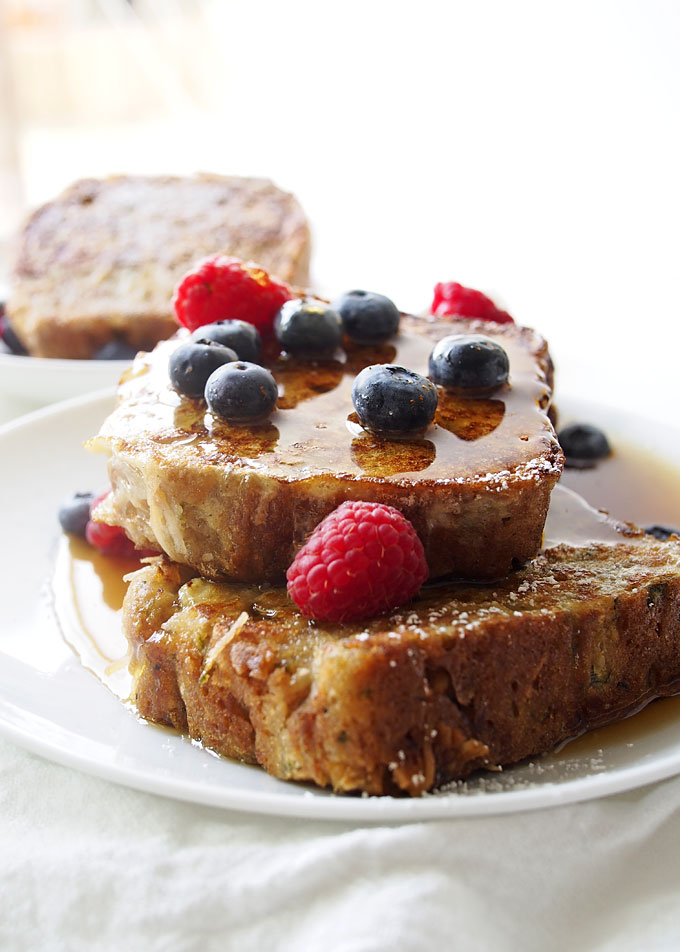 I feel like the hippiest person in the world for thinking about this situation from such a removed standpoint — WHY am I feeling emotions about not having a phone? Or why am I not? And even though I’m psyched to get a new phone today, albeit bummed I can’t hold out for the new iPhone in a month or so, I’m glad to have had a little forced break. It actually crossed my mind yesterday: could I make it the rest of the month without one? Uuuh part of that gives me anxiety to even pose the question, and part of me thinks: why not?

RIP little iPhone. You’ve been all over the world with me, and replaced another water-logged amiga. But, you’re just a thing. I don’t really need you 24/7. 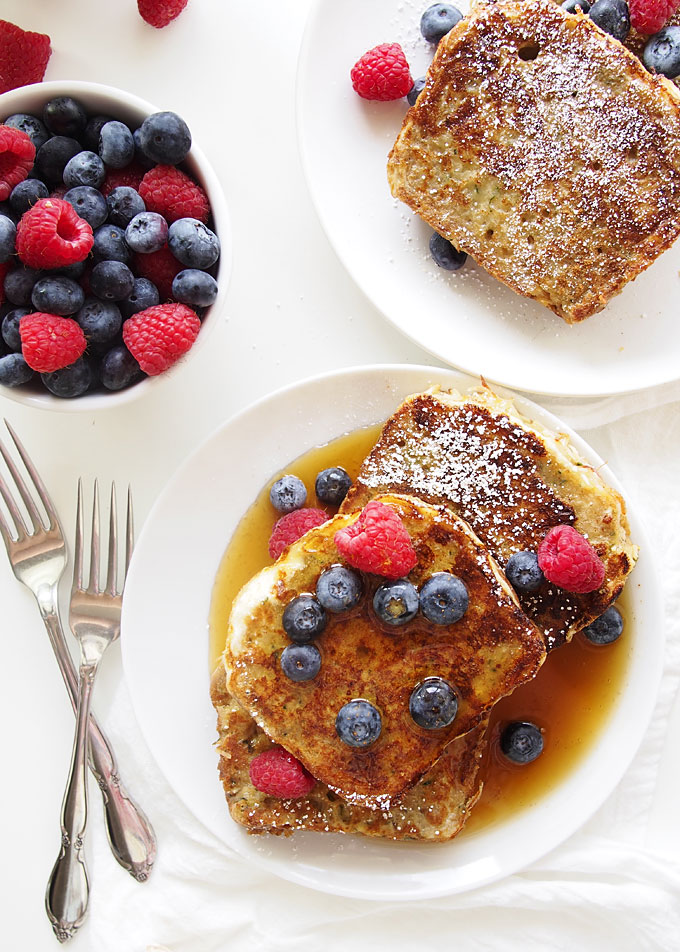 I do, however, need this French toast as much as possible. I’ve loved banana bread french toast for EVER, but never thought to make it with zucchini bread until very recently. Why the heck not? I took the loaf I made last week and let it dry a bit, then coated it in a very simple egg mixture and fried it up. YUM. I’ll admit to standing over the kitchen sink while dunking this stuff in maple syrup and shoving it straight into my pie-hole. IT’S WORTH IT. Just make sure you go on a crazy run or something first… it’s definitely not a *light* breakfast.

Thanks for putting up with my ramblings — hopefully you’ve found some way to be present this summer! xoxo