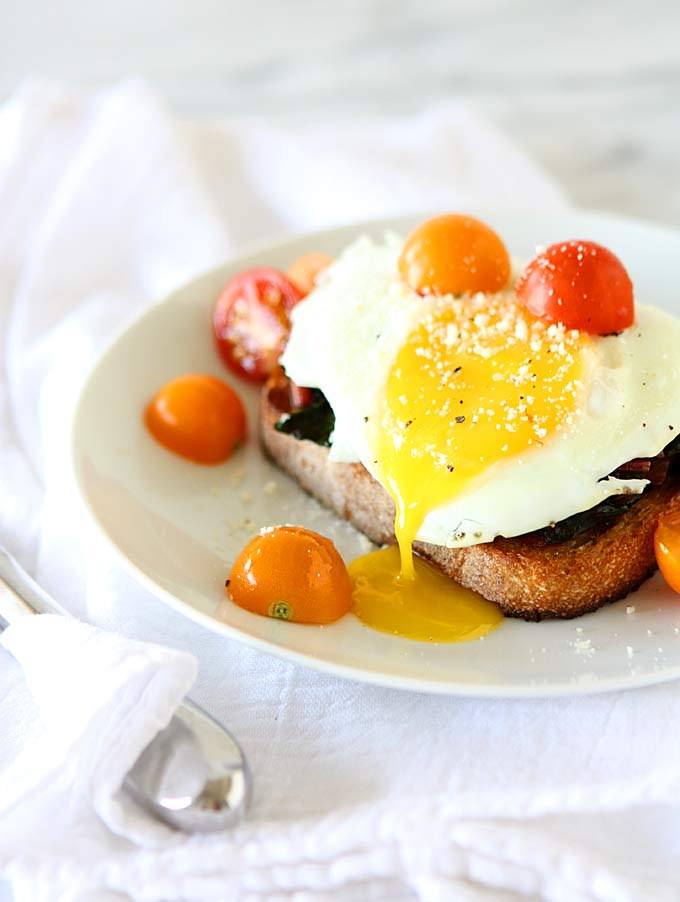 Something happened while we were in Asia.

You all know that I love sugar. I've eaten obscene amounts of sugar for as long as I can remember, and can put away a pint of Ben&Jerry's faster than you can get the lid off of yours. Fo reals. I am a sugarMONGER. It's actually astounding I don't weigh 10,000 lbs. This love of sugar has appeared mostly in the form of dessert, but also in breakfast. baked French toast. French toast. Pancakes. More pancakes. Fluffy pancakes. Sugary pumpkin muffins. More muffins! I LOVE THEM ALL! 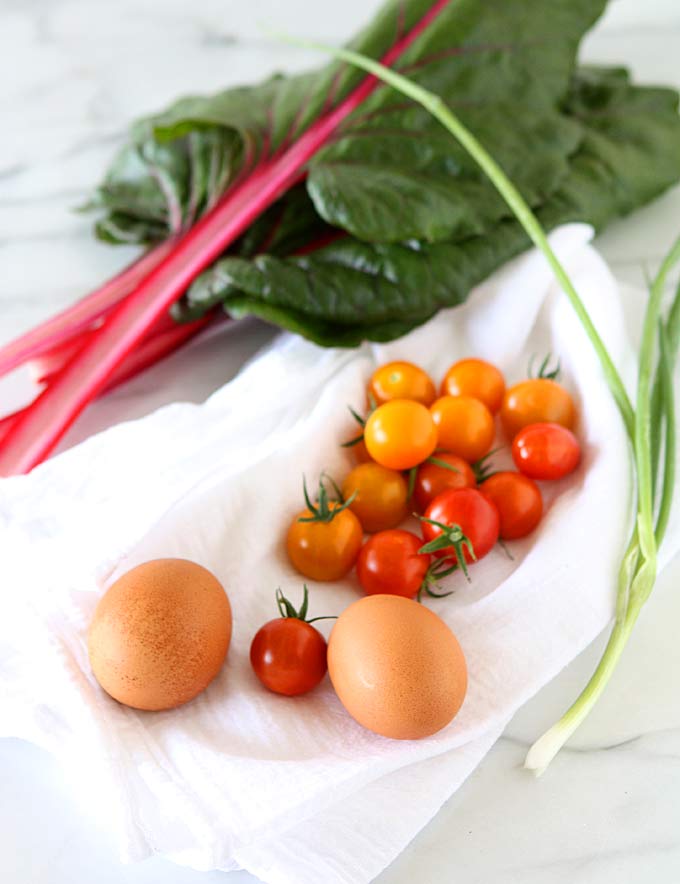 Except now, I don't actually love them that much. I'm completely lost my appetite for sweets, and am 100% on the savory breakfast train. Savory life train. Is it weird that I'm disappointed? I want to want to make obscene brownies and slather myself in chocolate! That sentence literally made my stomach turn because I'd much, much, MUCH rather have an egg on toast than have anything to do with obscene brownies right now. 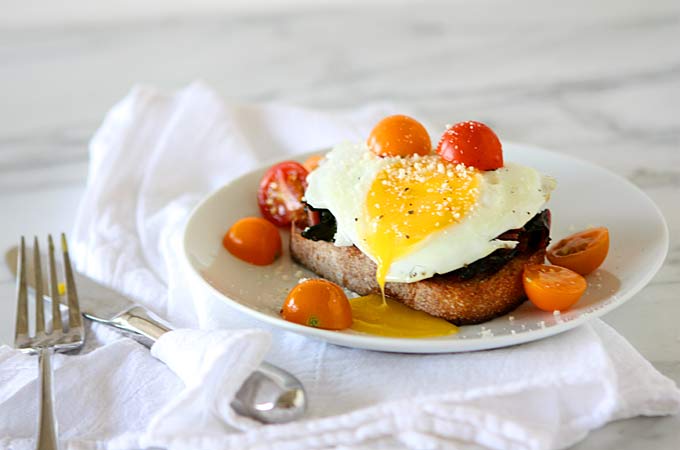 I sound like I'm complaining. OK maybe I am complaining, but I'm actually pretty excited about savory food and savory breakfasts. With our last three weeks traveling around the US, we've enjoyed more than a few delicious brunches and breakfasts out {and in!} — all of which I get SOO excited for! I don't even look at the pancake/french toast section of the menu {which used to be MY JAM}. I move straight to the huevos rancheros and savory breakfast scramble. I will admit I've enjoyed a few good, hearty, waffles recently, but that's it! I actually almost ordered a breakfast that had OYSTERS in it last week. OYSTERS!! I kind of wish I had, despite the fact that my open-faced breakfast enchiladas were out-of-this-world flavorful.

My point here being: fried eggs on toast, with some sort of vegetal companion, are my NEW jam. My jelly! My BFF from here on out. At least, until I become addicted to sugar again in a serious way. I've always loved runny eggs on toast or a bagel, but only every other day or so. Now, I'm visiting the yolk pretty much every day. AND LOVING IT. 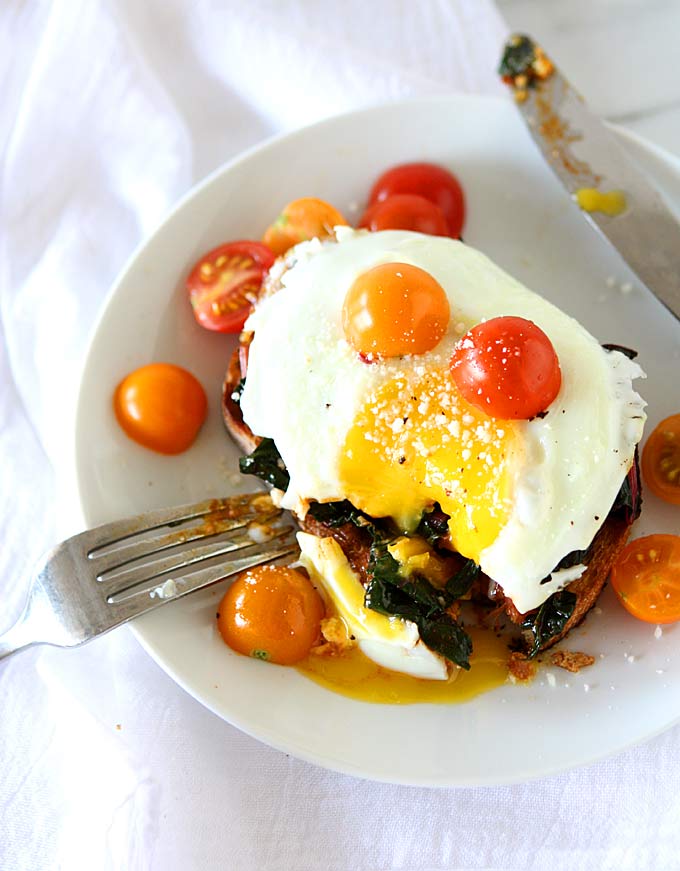 Here at the farm {ha!}, I wander out for a quick breakfast harvest {which resulted in POUNDS OF JALAPENOS yesterday!}, and gather what sounds delicious. Usually than means a bunch of firm little tomatoes, bursting at the seams with sweet delight, and some sort of green. The farmers {ha!} don't have any spinach going — I suppose it's late in the season, and nobody cares that I love spinach like I love my cheez-its — so rainbow chard is the name o' the game these days. Chard is a bit tougher, so it takes a bit more time to cook down, but I actually really enjoy the hearty texture. It makes me feel like I ate some real vegetables! And, they're not slimy. Spinach gone wrong can definitely be slimy. We don't want that! 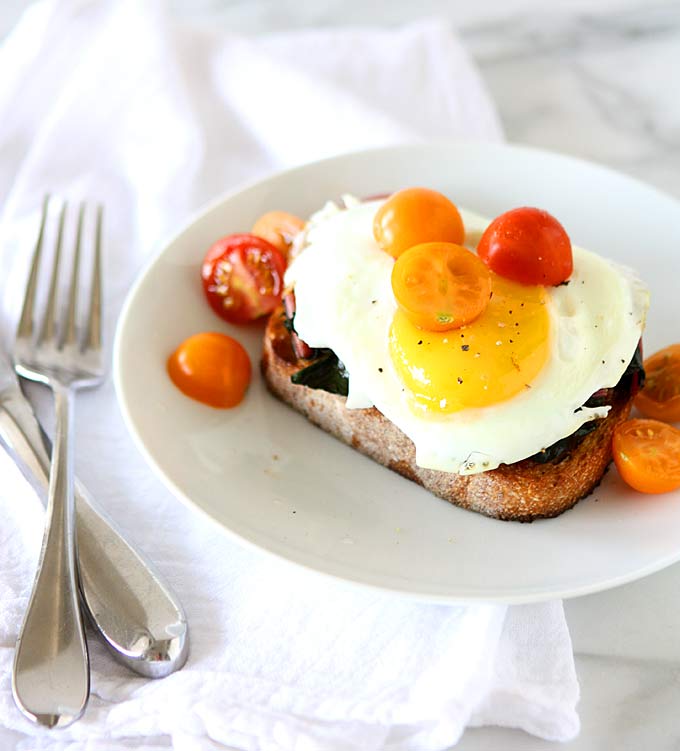 I know what you're thinking: how can you claim to be a savory lady {err what? just roll with it} when you put MAPLE SYRUP IN YOUR VEGETABLES!? Yeah, I know. Calm down. It was just a little bit! I used just slightly under a teaspoon for my big handful of greens {single serving}, and honestly could have used less. Still though, have you tried maple and smoked paprika together? While we were in upstate NY with my aunt and uncle, my aunt recommended that combo and I immediately knew I'd love it. The sweet smoothness of maple syrup crashes into the feisty smoked paprika for an unforgettable marriage. You'll be seeing this combo again on TKP, I guarantee it. 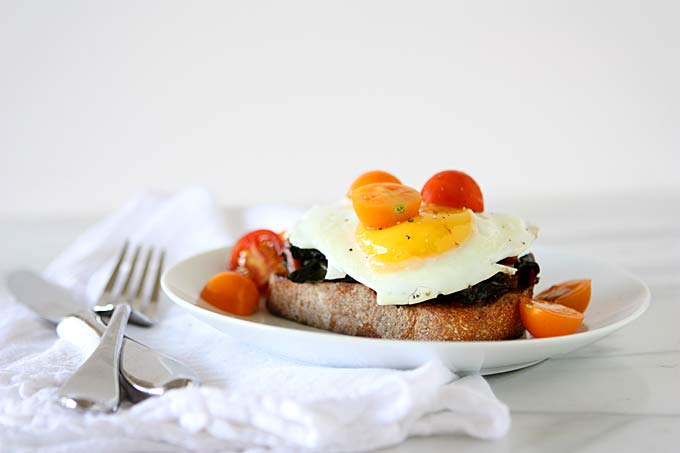 I topped this toast with tomatoes, pepper, and a sprinkling of parmesan. Had I an avocado on hand, it would join the party, too! Hot sauce? Bring it on! GRAVY? I've never been that person, but maybe I'll learn now! You go right ahead! PUT IT ALL ON AN EVERYTHING BAGEL!? OMG you're making me drool. I go NUTS for everything bagels! That makes me think: add a shallot to the chard while you cook it! YUM. Now we're verging on making a scramble. I'll leave you with that — let me know what you try!