Notice: Function add_theme_support( 'html5' ) was called incorrectly. You need to pass an array of types. Please see Debugging in WordPress for more information. (This message was added in version 3.6.1.) in /var/www/wp-includes/functions.php on line 5831 Ginger Almond Bread Recipe 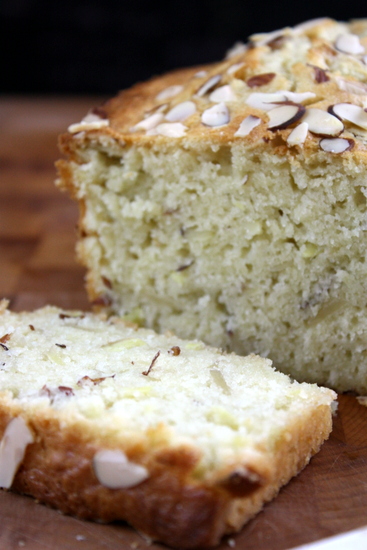 A few weeks ago we tried desperately to go to a cafe in town known for ridiculously delicious cowboy breakfasts. This was biscuit weekend, in which we were disappointed multiple times by our breakfast attempts. In the wake of our failure to eat at said cafe, a friend was telling me about the gingerbread they serve at said cafe. 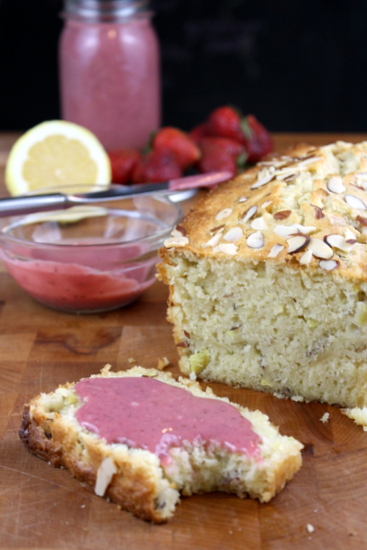 You may be thinking, “Duh, gingerbread. Brown, spicy cake we always have around Christmas!” You would be right. I, however, completely forgot that gingerbread, as we know it, exists. I was envisioning a sweet quick bread made from fresh ginger with an insane flavor kick. I was genuinely blown away by the prospect of a GINGER loaf. 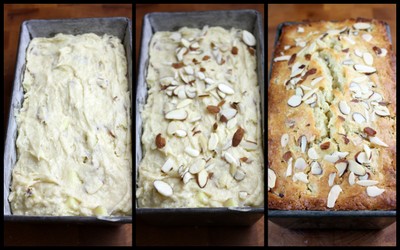 A few days later, as I reviewed the list in my phone of recipe ideas, my mistake hit me. Whoops. But so totally NOT whoops because now I had an awesome idea for a recipe! After scouring the internet for ginger bread, ginger loaf, fresh bread with ginger, sweet ginger loaf, etc. and not finding anything even close to the delicacy in my imagination, I decided to create my own.

Going from a generic quick bread base, no spices or flavors yet, I decided to add a multitude of fresh ginger and a bit of almond to sweeten the loaf. 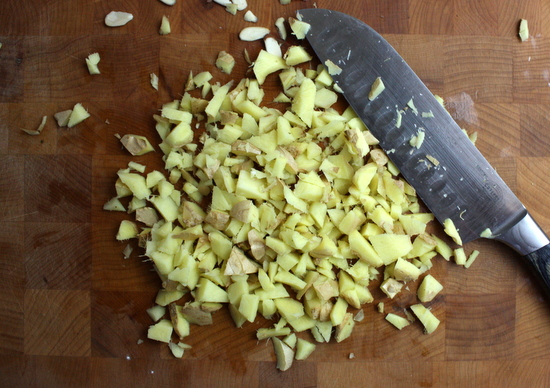 I left the ginger quite large for some crunch in the bread, and in addition to almond extract I threw in some sliced almonds for additional character.

I won’t lie: at this point, I was not convinced this bread would turn out, but it definitely did! The base was perfect. It was moist, sweet, soft, flavorful − and the ginger softened enough to be a pleasant flavor and texture throughout. I was thrilled! Serve this up with some sweet strawberry curd (recipe here!), and you have a serious winner! 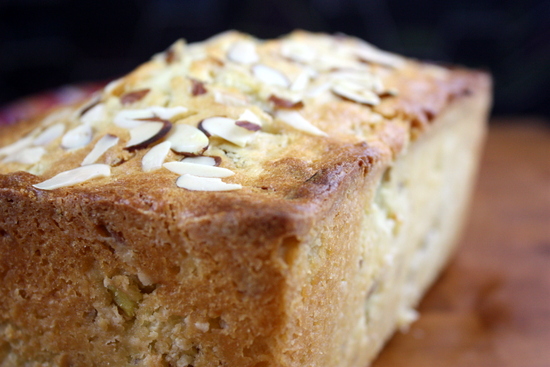 In a medium bowl, combine the flour, baking powder, and salt. Whisk together.

In a separate bowl, cream the butter until it is smooth. Add the sugar and sour cream, and cream again until smooth. Add the eggs, one at a time, beating to fully incorporate. Mix in the almond extract and milk. Gently mix in the diced ginger and sliced almonds before adding the dry ingredients. Do not overmix.

Spread the mixture into the prepared loaf pan, and top with some extra almond slices. Bake for 70-90 minutes*, or until a cake tester comes out clean.

Slice, and enjoy with strawberry curd!

*My new oven seems to be cooking very slowly… this loaf took nearly 90 minutes, but I expect most people won’t have to bake it that long.