Notice: Function add_theme_support( 'html5' ) was called incorrectly. You need to pass an array of types. Please see Debugging in WordPress for more information. (This message was added in version 3.6.1.) in /var/www/wp-includes/functions.php on line 5831 Grapefruit Curd Tart with Broiled Grapefruit Slices Recipe 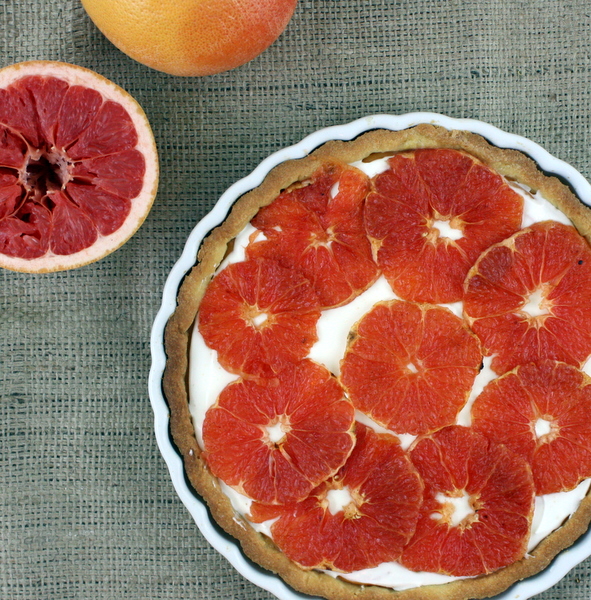 When I posted the recipe for grapefruit curd earlier this week, I failed to mention that it was specifically created for this recipe! I recently bought a tart pan (thank you Amazon giftcards!), which I have been drooling over for a while now, and decided to put it to good use. I’m a big fan of lemon curd, but I wanted to do something slightly different – hence the grapefruit! Derek and I went to a really fancy breakfast once ($100+ for breakfast? Who does that? Not us… usually), and along with the ridiculous shrimp grits and bananas foster french toast, the broiled grapefruit was one of the best parts. It’s sweet, hot, tangy – pink! You cannot go wrong. 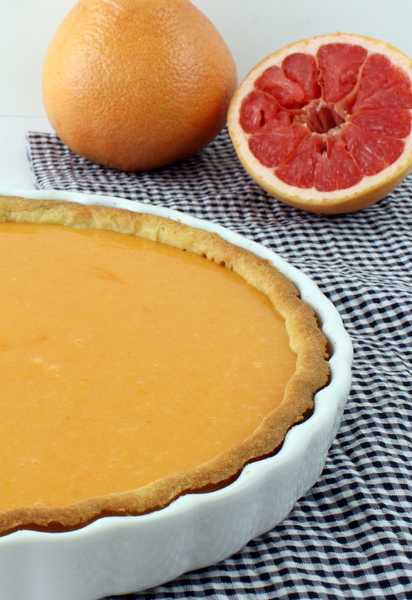 Seeing as I’ve never made a tart before, I decided not to go crazy about the crust: I used Deb’s recipe from Smitten Kitchen. She never fails me! It was easy to make, easy to work with, and has a lovely flavor. Highly recommended. 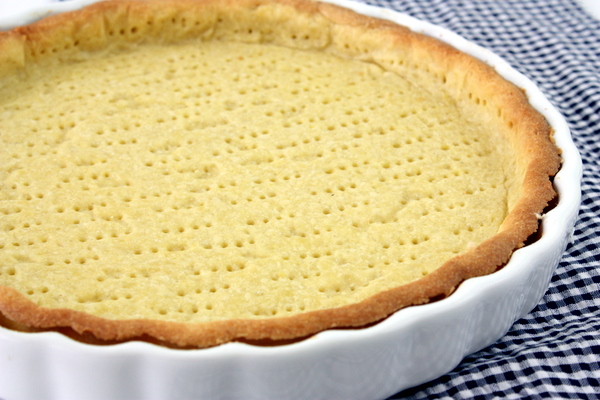 The grapefruit curd, as mentioned on Monday, was de-freaking-licious. I really had to hold back from eating more of it for fear I wouldn’t have enough to fill the crust! The next layer took some thinking, and some phone calls: I wanted something creamy, not too sweet but not to sour, and something that could hold it’s shape. I’m not a fan of meringue, so that was out of the question. I wanted something more exciting than plain whipped cream, but not too time consuming. I settled on a combo of sour cream and whipping cream, mixed up with some grapefruit rind and powdered sugar. WIN. 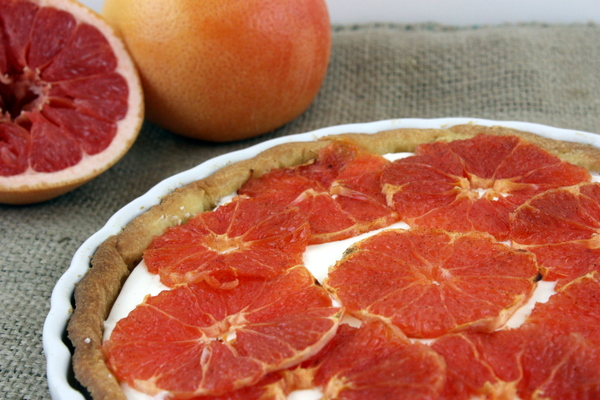 The final piece of this recipe is the broiled grapefruit slices on top. I just sliced a grapefruit into disks, cut the peel off (you could do a better job than I did), sprinkled some cinnamon/sugar mixture on it, and broiled it for a few minutes. Lay those suckers on top of the tart, and voilà! You have a beautiful, crazy delicious, winner of a tart! I highly recommend making this ASAP. It’s too delicious not to. Trust me. I honestly didn’t even wait for it to set up before I tried a piece, so excuse the runny nature of the picture – if it’s allowed to chill properly this won’t happen. 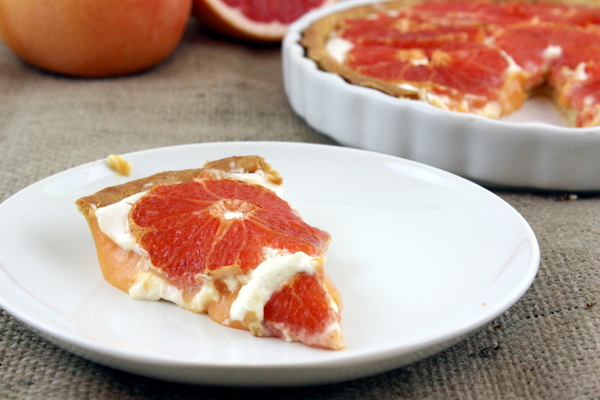 Bright and citrus-y, this tart has a light decadence that adds a sweet touch to any summer evening.