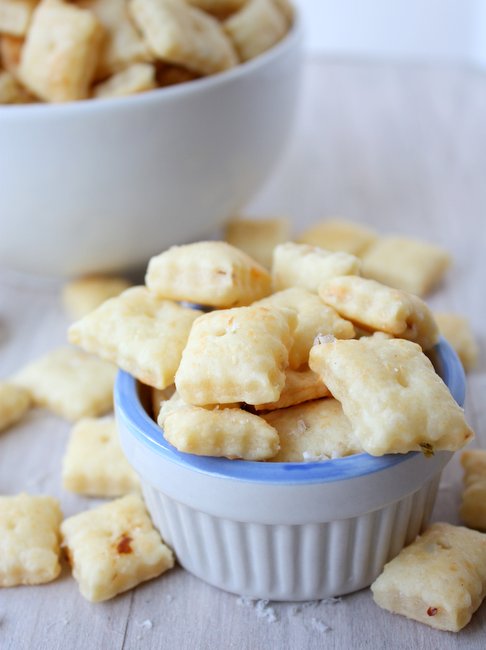 We have a serious problem on our hands. I KNEW I was going down a slippery slope with the whole "I'm gonna make my own cheez-it" project... I was totally right. Now I can't stop! At least I called the last ones "spiced cheese crackers" to try to disguise my addiction, but now I'm being open about it. Loud and proud. I'm making cheez-its and you can't stop me! 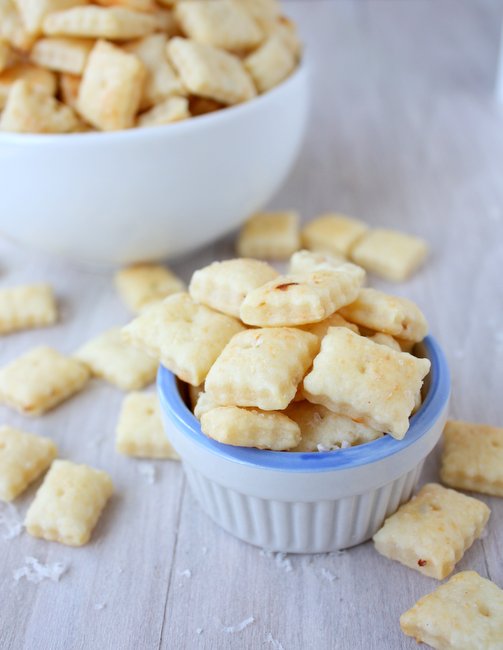 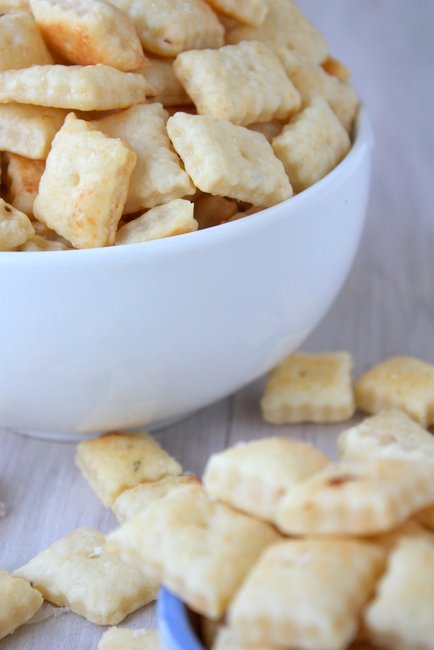 What I learned by second time around the cheez-it block, was that there is no need to cut the crackers and then transfer them to a baking sheet. Put the ENTIRE sheet of dough (thinly rolled out) ONTO the baking sheet (I had a silpat, you could use parchment too), then cut it right there. They don't need to be separated at all because they will immediately puff UP instead of o u t while they bake. Magical! 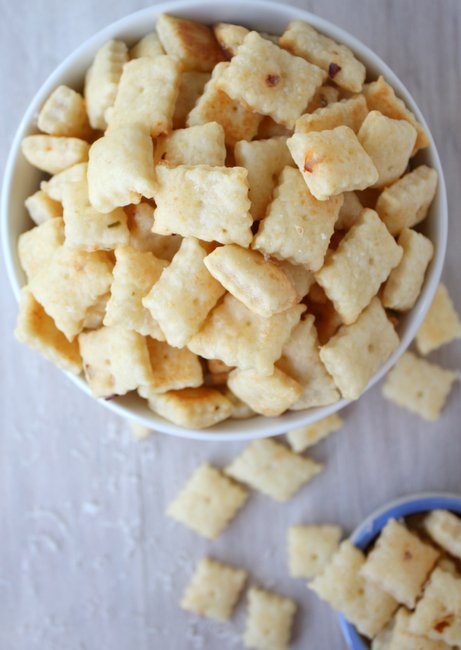 Be warned — this is not the last cheesy (I just wrote that with a Z [cheezy] accidentally!) cracker recipe I bring you. I. Can. Not. Stop. And for that, you should be glad. 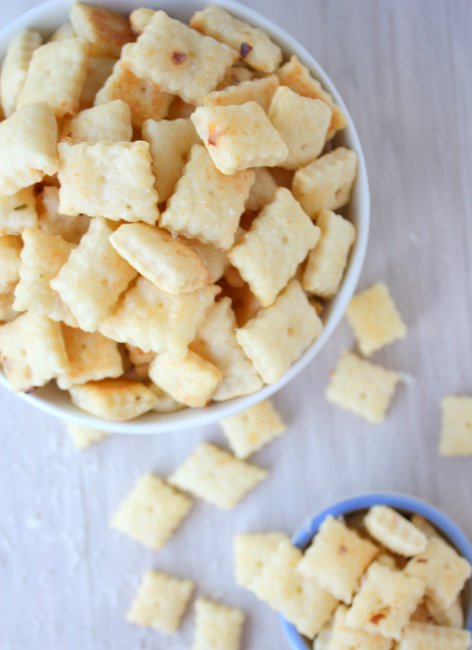