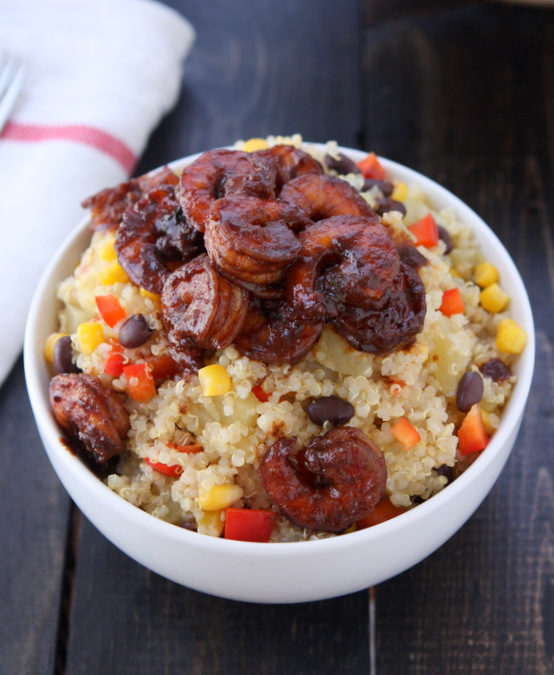 Now that winter is pretending to be over, I'm ready for spring. I was happy for REAL winter to stick around, meaning more skate skiing and a beautiful white Bozeman, but now it's just fake winter and the wet sticky snow isn't cutting it for me. It was SIXTY ONE DEGREES the other day. Sixty one! Balmy, I tell ya.

Along with the melting snow and arrival of muddy season, I actually went running the other day. For the first time since October. Yikes. I'm torn on whether to actually make it a habit again, but I think I'll try... and as the weather warms, it's definitely more inviting. 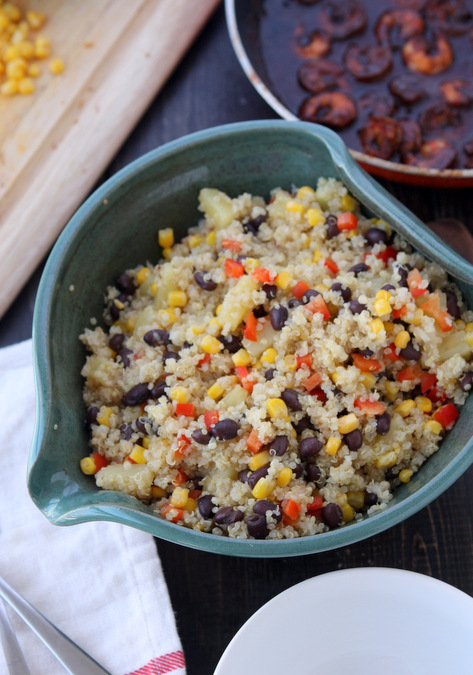 I am REALLY excited about some trips I have coming up (next week!) to places that genuinely seem to be experiencing spring. First I'll be in Missouri, where I'm hoping for 70s and sun and spring flowers all around, and then I'll be in Portland where I KNOW spring flowers are booming loud and proud! I haven't been to Portland in the spring for years, and I'm really excited to go! Hopefully it doesn't rain the entire time... 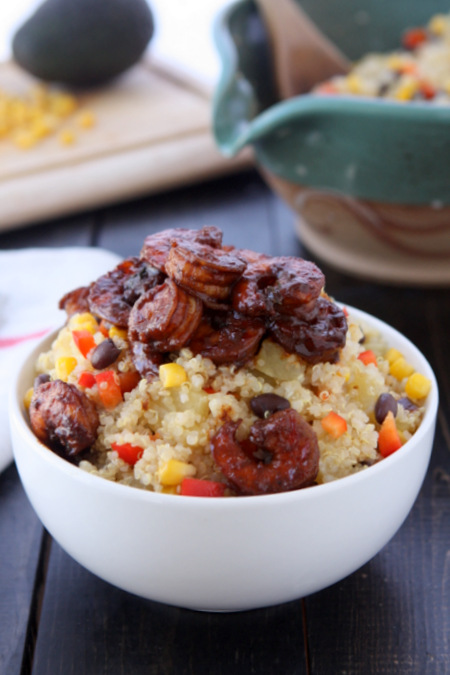 In my quest for warm weather, I bring you a summery (or, tropical) dish: jerk shrimp quinoa salad! I've never made "jerk" anything before, but after consulting numerous recipes I decided to make my own spice mix and slap it on some shrimp. Voilà! I never knew how much a role allspice played in jerk seasoning, but it made me happy that a quasi-ignored spice got the limelight here. Seriously, what other recipe calls for more than a pinch or ¼ teaspoon AT MOST of allspice? This recipe brings it center stage. 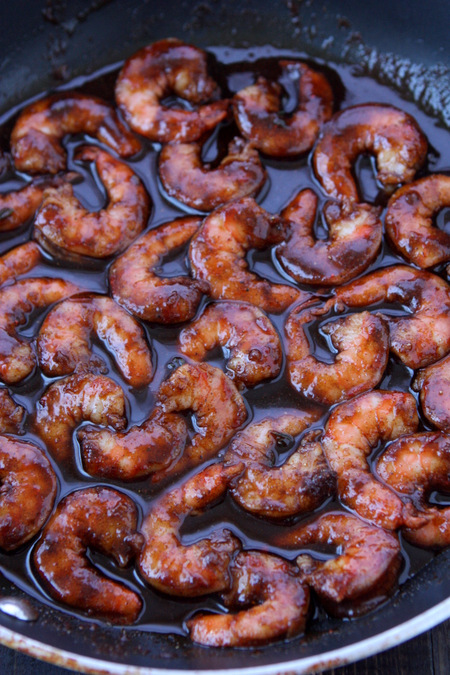 Perhaps this salad is my sun-dance to get the weather gods on my side for a quick transition into sunny, warm days — it would be nice to have a beautiful Bozeman spring before we take off next month. The forecast looks grey and wet for the next week at least, but I think some pineapple might just do the trick. Happy Thursday!

If you have time, you can mix the spices, olive oil, and shrimp together early to marinade the shrimp. Put them all in a plastic bag and refrigerate for however long you'll marinade (1-12 hours).