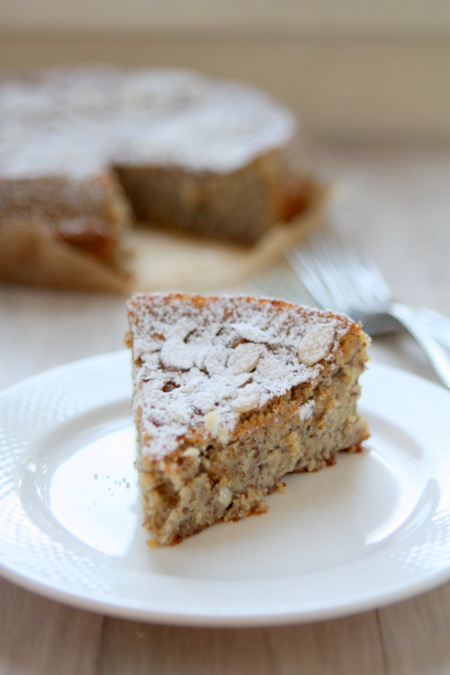 Maybe I claimed I was doing this last week, but this week I REALLY am getting back to work. I took last week at half speed — sleeping a lot, not really cooking anything of note, cleaning up after the wedding (which I still have much more to do!), etc. I decided you fine folks would forgive me for being a bit absent. But now I really have no excuses, so my week will (hopefully) look something like this: cook, photograph, blog, write thank-you notes, organize the house, run, work on cookbook (details soon!). I figure I can do a little bit of each of those, each day, and feel like I"m actually getting somewhere. Check in next week to see how it went... 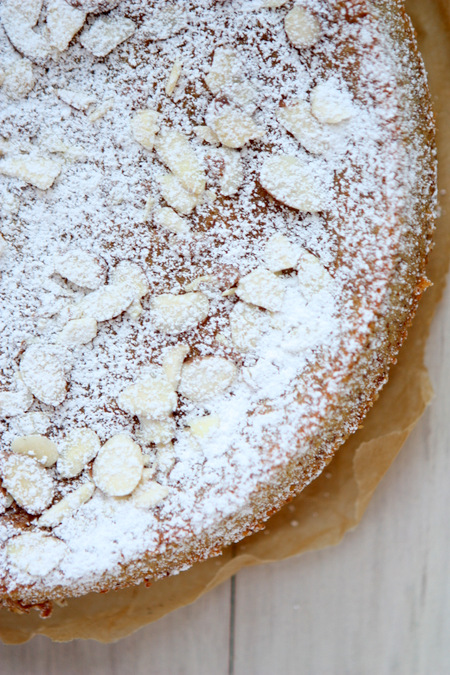 Despite accomplishing next-to-nothing last week (besides serious quantities of sleeping, smiling, and generally enjoying married life), I actually DID start marathon training in earnest. I only have 6 weeks... so it wasn't really a choice. This weekend I did my first long run (details on this soon, too!), then a ladies road ride Sunday for a friends bachelorette party. We followed the ride with a fabulous group-effort lunch, to which I brought this cake. THIS CAKE. Let's talk about it. 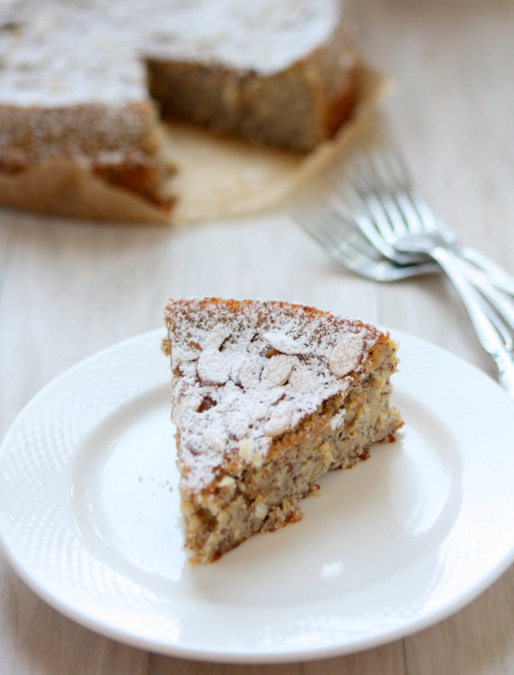 I've seen this cake floating all over pinterest, looking amazing and being especially intriguing because it's gluten-free — pretty much a requirement for any group functions I go to these days. I decided to give it a go, and MEANT to add raspberries before baking, but totally forgot. So, next time I'll include those! 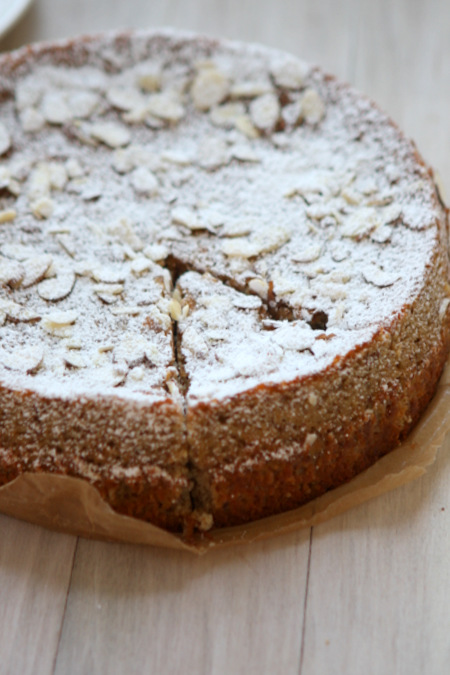 I stayed pretty true to the original recipe, but I altered a few quantities just simply based on what I had available. Mainly, not enough ricotta and no desire to go buy more. I told you I was lazy, right? Right. 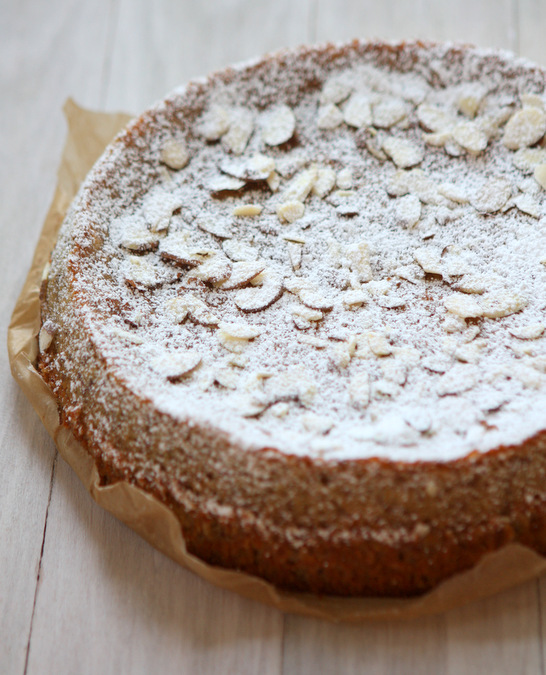 All in all, this cake was a total hit. Not only was the lemon flavor fabulous, the texture was perfect! I was afraid I was over baking it (almond meal, fools me every time!), but it was perfectly moist (don't hate me) and strangely dense AND fluffy. Don't give me crazy eyes for saying that, it's a bit hard to explain. It was light, but with a big crumb and lots of flavor. Even though I'm not gluten-free, I would totally make this cake again for "normal" eating! 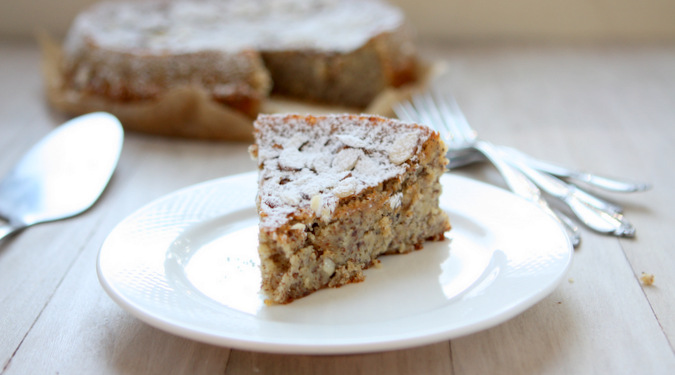