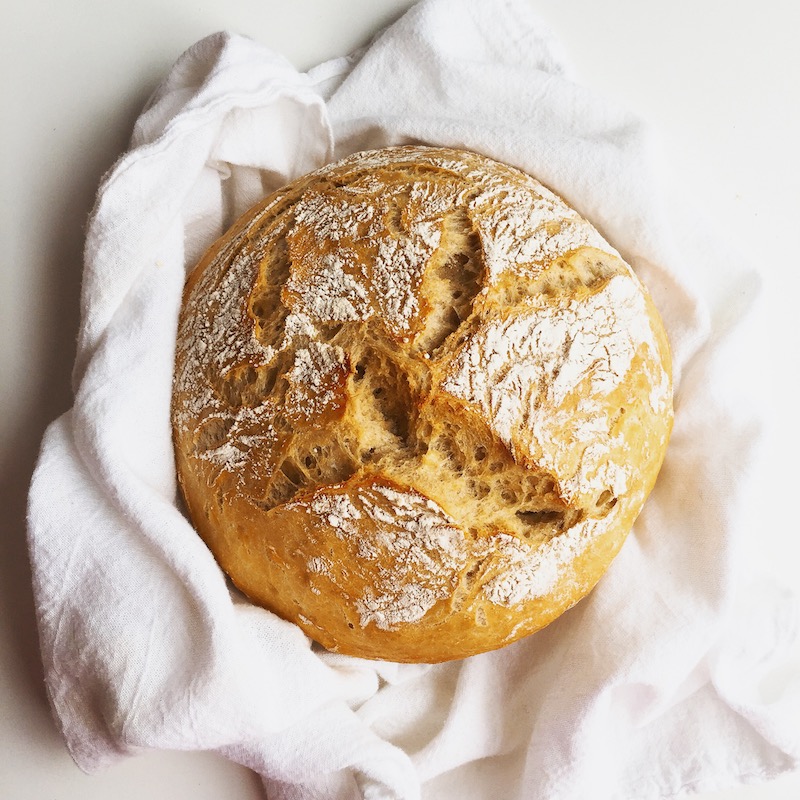 Sometimes, I can be a real stickler about following the rules. I hate it when people cheat at games. I CANNOT cross the street outside of a crosswalk, or during a "no walk" sign. I can't cut corners when I'm running (except in a race, within the actual course).

This drives Derek CRAZY — as he finds himself suddenly many steps ahead of me after he's cut across the grass on a run. I, of course, have to stay on the sidewalk and make a full right angle turn. Am I a little OCD? Umm... yeah. I'll totally admit that.

There are, however, a few places I can throw caution to the wind and "break" the rules. Actually, there are many — I can definitely be an all or nothing kind of girl. One of those many wild areas: This recipe.

I improvise quite a bit while cooking — a little dash of spice, a few more veggies, a big hunk o' bacon — but when it comes to BAKING, I know that following a recipe, at least the first time, is generally a good idea. Baking is a science, and things are calculated to work a certain way. On occasion, someone will tell me they tried one of my recipes and it didn't work out perfectly — then they reveal that they totally didn't follow the recipe. Sorry people, but for this: I have very little sympathy. If I say add 3 tablespoon water and you add 4, that is a HUGE increase in the amount of liquid! Don't do it!

Here it is after you've mixed it up: not super pretty. That's totally cool. Ugly duckling in progress. 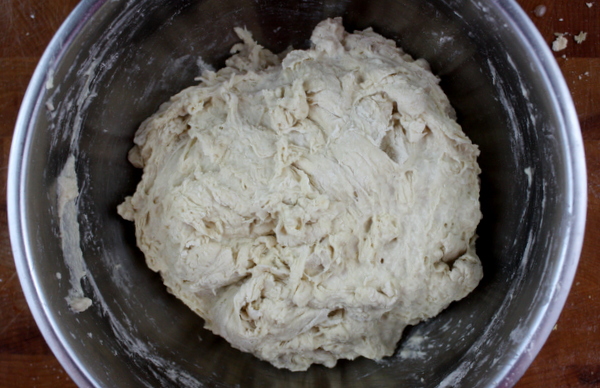 I'm pretty sure, after making this bread about a million times, it's impossible to mess it up. I've thrown in all sorts of spices, other grains, various amounts of flour, inaccurate amounts of water/yeast/salt: it always works. I would be shocked if you could mess this recipe up — assuming (as I probably shouldn't) that you act within reason.

THE NEXT MORNING: Behold, risen goodness. 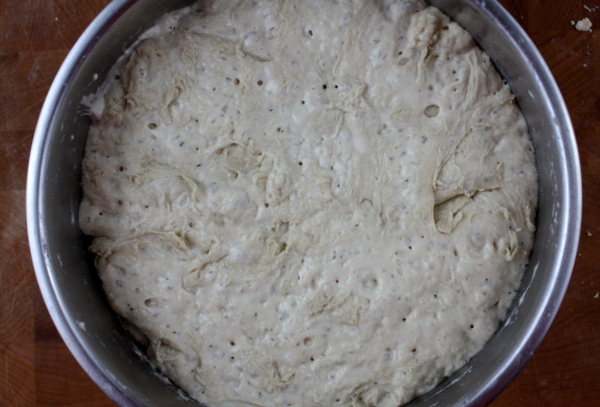 I first encountered this recipe a few years ago, when a friend sent it as the "no fail amazing bread" recipe. Then our roommate in Boulder made a version of the same bread. I've since seen it all over the blogosphere, but they're all similar to Jim Lahey's version from the New York Times. The recipe I've posted here skips the second rise in Jim's version, as I've yet to notice much of a difference by doing it. This is easy, quick, effortless bread (not to mention delicious): no need to make it harder! [I definitely almost wrote "no knead to..." ha!] 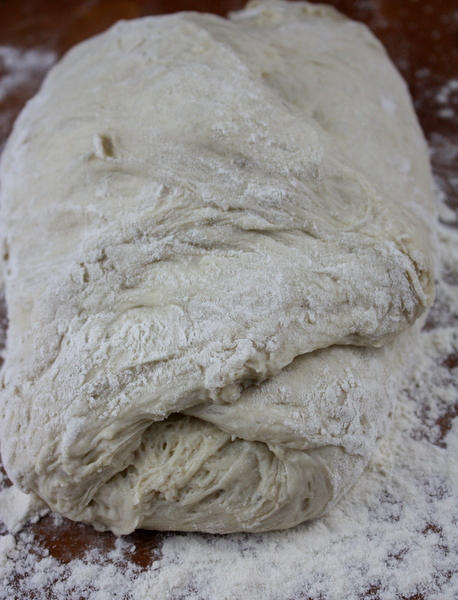 Then you'll make it into a nice ball, essentially folding it like a letter the other direction, then putting the seam-side down. 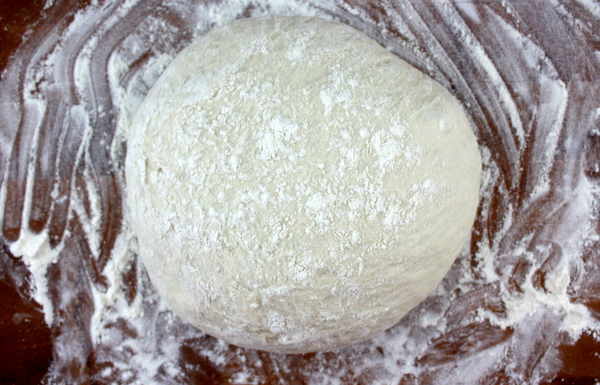 Long story short: This bread is phenomenal. Sometimes we'll eat a loaf in one day (umm, often), and I usually make about 3 loaves each week. I whip up the dough in the evening, then bake it in the morning: it's a very productive way to start your day! It's moist, chewy, has a nice crust, wonderful flavor, and is pretty hard to stop eating. Yesterday morning and had it with cookie butter (my first cookie butter experience, thank you!): I nearly died from sheer taste-bud explosion. Last night I used it to make some garlic bread with dinner. Again, near taste-bud explosion death. 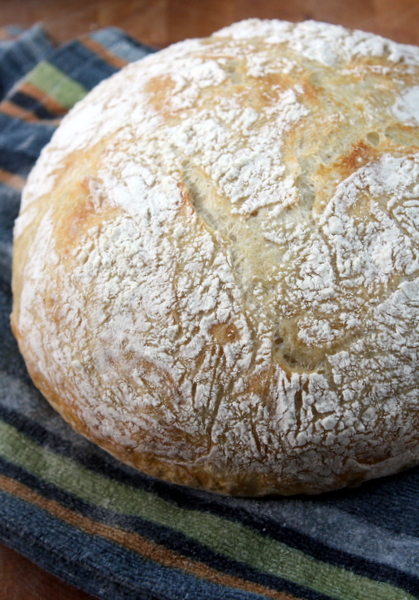 *if you want to use part whole wheat flour, or add oatmeal, flax seeds etc. DO IT!

In a bowl, mix together all ingredients to form a shaggy dough. Cover with plastic wrap and let rise in a warm place for 12-18 hours.

After 12-18 hours, prepare your work surface with a generous amount of flour. This dough is VERY sticky, and you don't want to completely deflate it. Carefully (with a floured spatula) turn the dough out onto your floured work surface. Fold, like a letter, into thirds. Then, as if to fold into third the other way, roll the dough into a ball with the seam down on the floured surface.

Cover the dough with a generous dusting of flour, then with a clean kitchen towel. You may leave it here for up to two hours; however, you can also bake it right away.

Place a heavy (cast iron is great) pot, with lid, into the oven. I use this pot

When the oven is fully heated, CAREFULLY remove the pot and take off the lid. Carefully scoop up the ball of dough and put it, SEAM SIDE UP, into the pot. Replace the HOT lid and put the HOT pot into the oven. Bake for 15 minutes with the lid on, then remove the lid and continue baking until the loaf is golden brown: another 15-20 minutes.

When the loaf is done, do not cut into it for at least 30 minutes.