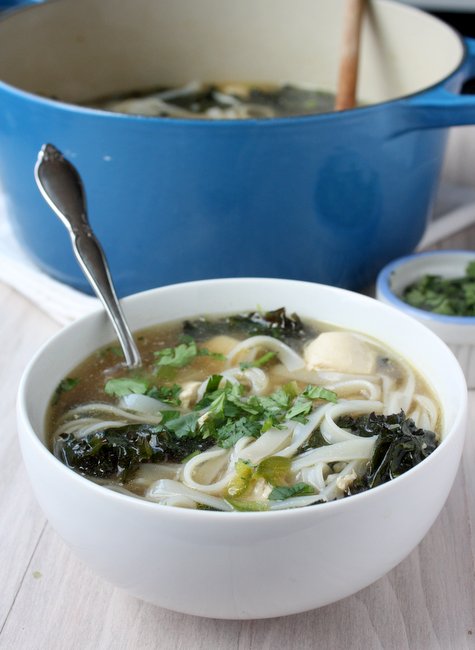 Let me start this post by saying: I know this isn't pho. Pho (which I LOVE) has a much more complicated process, including boiling bones, in order to be authentic. As the title states, this is imitation pho! A quick, painless way to make a pho-like soup to ease your craving! 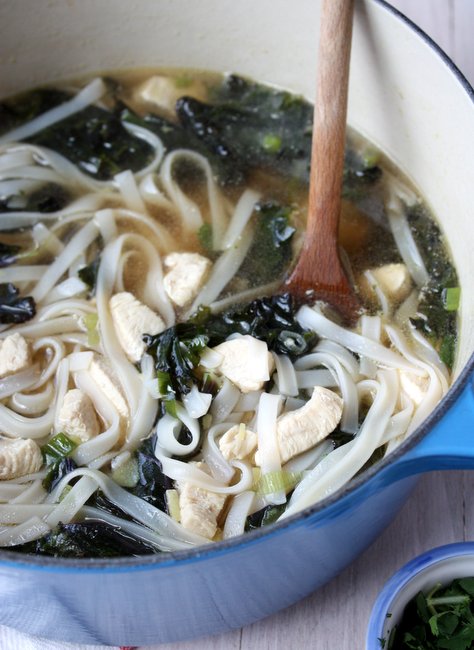 This soup was a bit of a saving grace this week. Pretty much the only thing I accomplished Tuesday was making this soup. Other activities included watching The Hunger Games (again), and listening to The Great Gatsby (again), all while lying in bed. The broth of this soup, however, was my favorite part of the day. I was hooked on it! 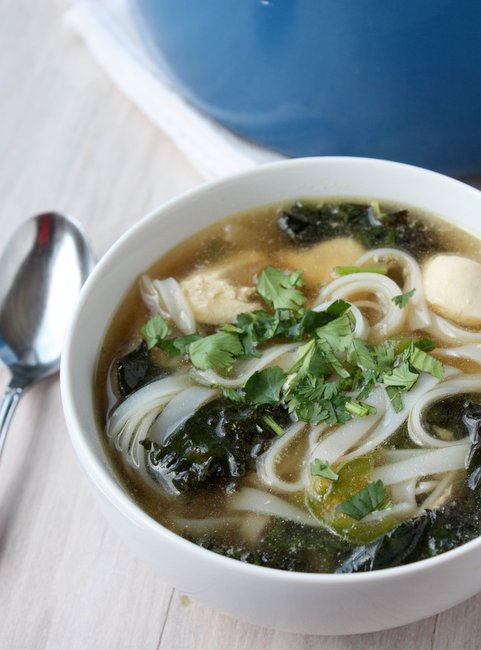 The best part of this soup is the spice. Oh, the spice! It's refreshing, but having it hot in both temperature and flavor is incredible. If you aren't such a fan of spicy, omit the jalapeño (although I don't know why you would do that... it was awesome!). I've made this soup a few times, and used either plain spaghetti or rice noodles - either works just fine!