Notice: Function add_theme_support( 'html5' ) was called incorrectly. You need to pass an array of types. Please see Debugging in WordPress for more information. (This message was added in version 3.6.1.) in /var/www/wp-includes/functions.php on line 5831 Quick Naan without Yeast Recipe

This recipe is great if you’re in a pinch without yeast, but if you want a fluffier (arguably more authentic) version of naan, check out my regular Naan recipe! Need something to eat this with? Check out my recipe for Indian Butter Chicken! 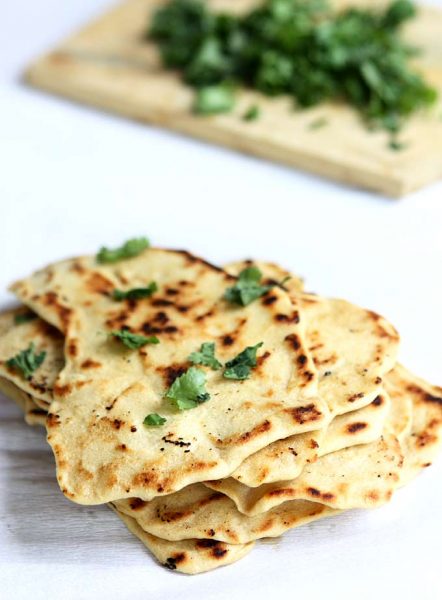 Indian food is one of those foods I’ve never thought I could make at home. Like, okay yeah maybe I could TRY to make it but … let’s just order it because it will be way better. Generally: this is probably a good motto. HOWEVER: I took the plunge last week and made an Indian dish that BLEW OUR SOCKS OFF. Seriously, we were both shocked at how incredible it was. Obviously I’m going to share it, later this week, but first: I had to share the naan! Because I, for one, cannot eat Indian without naan. That’s a lie. I can, but I love naan so much I could eat it by itself for every meal of every day. It’s like my bean/cheese quesadilla of Indian food. I NEED IT. 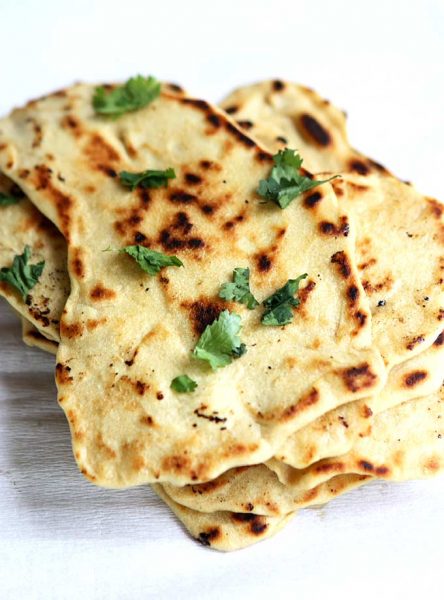 The thing with cooking here in Bali, though, is that sometimes I don’t have what I need. Or want. Or expect to have. I have since found yeast, but when I made this dish it just hadn’t crossed my mind to actually LOOK for yeast at the grocery store. I did that yesterday and it took all of two minutes to find, so … expect some yeasty naan coming your way eventually! But first, this no-yeast version. It’s quick, it doesn’t need to rise casino bankid, and while I won’t claim it’s identical to yeasty yummy normal naan, it was completely awesome and perfectly satisfied my naan needs!

You’re welcome to mix whatever you want into this dough (like GARLIC!) or brush it with butter and season with garlic, cilantro, cumin, etc. Do whatever you want! For me, the key to this naan was making sure it was thin enough before I put it in the pan. Without the yeast, the dough is just too heavy to rise much… so thin is key! And salt. Salt is always key! Enjoy! And, keep your eye out for a crazy amazing (and surprisingly easy!) Indian dish coming your way later this week!

This quick naan recipe requires no yeast — so you don’t need to let it rise, and can have naan in a jiffy! Easy, and tasty!

To be honest, I don’t have a measuring cup so this is an estimation. You may need to add slightly more — you want it to be moist, but not loose.

Try this recipe with the most popular recipe on my blog: Indian Butter Chicken!