Notice: Function add_theme_support( 'html5' ) was called incorrectly. You need to pass an array of types. Please see Debugging in WordPress for more information. (This message was added in version 3.6.1.) in /var/www/wp-includes/functions.php on line 5831 Raspberry Rhubarb Pie with Cream Cheese Crust Recipe 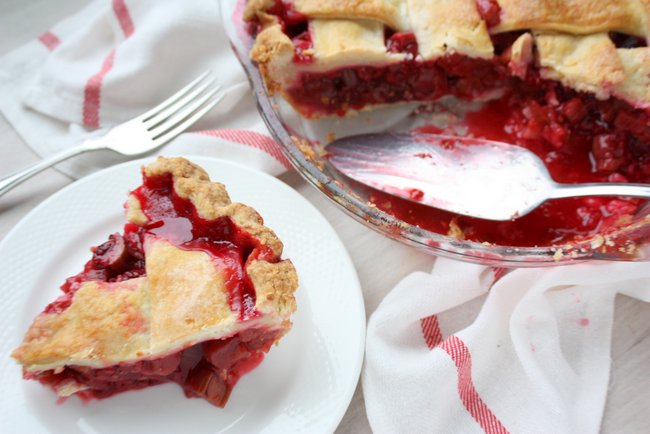 My faith in life is restored! Woohoo! We finally found a place to live, so you can stop worrying about us being homeless. I was a little worried, honestly. Places here in Bozeman are few and far between, usually really sub-par (dingy even by college-student standards), and not always ideally located. After seeing too many mediocre places, I hopped on a place yesterday that I had a gut feeling about. Luckily, everything worked out in our favor and we are now the soon-to-be tenants of a lovely house!

The new place has two bedrooms (as does our current place), no greenhouse, a huge yard, a GARAGE (i.e. plenty of storage), a sun room, DUCKS, AND is cheaper than our current place. And is 2 minutes (or less) from Derek’s work. HUZZAH! That’s approximately on third of my stress load GONE. 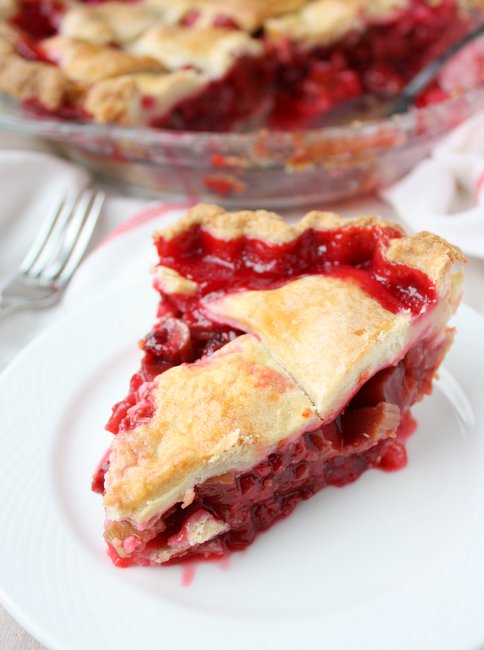 Another stress-source solved: RHUBARB. I’ve been seeing other bloggers post rhubarby recipes for at least a month, maybe two, now. Here in the arctic circle of Montana, everything happens later. I got a nice long lecture from a grocer here in town about how I shouldn’t be asking if they have rhubarb in but should instead by stealing it from a neighbor. I was a bit shocked at the nature of the conversation — he was genuinely upset at my question.

A week later, at my usual grocery store (small, local, FRIENDLY), I asked again. There, I learned that the produce guy (with whom I was talking) was the receiver of many a lecture about rhubarb as well. He said that every year, when he gets rhubarb in, multiple neighbors come in to yell at him for not buying it from THEM. He said he probably wouldn’t order any this year, simply to avoid the chaos. I put in my plea, and was ecstatic when he sought me out the next week to tell me it would be in the next day. I made sure to be there bright an early to buy some (local, so don’t complain!) rhubarb! {Can I just add that I LOVE living in a small town? Produce guy who remembers me each time I go in, and what I want/need/like? Fabulous!} 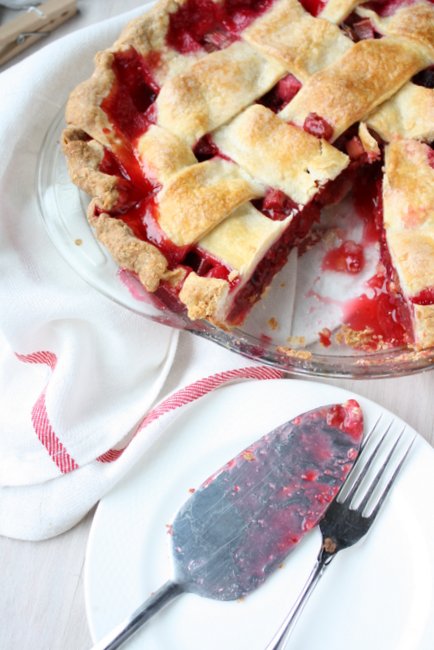 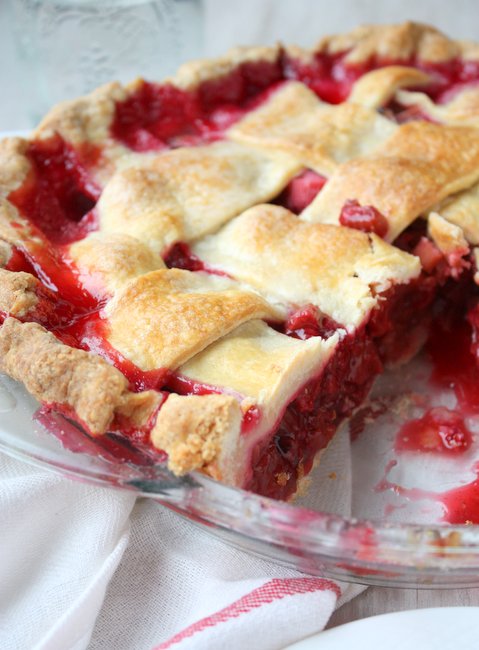 I’ve also seen a cream cheese pie crust floating around Pinterest for a while, so thought I’d give it a go. It was pretty darn easy to work with, I’ll admit! I’ll have to try it a few more times to give a definitive assessment of the taste — it was delicious, but I want to do a side-by-side comparison with my normal pie crust (or an all butter crust). 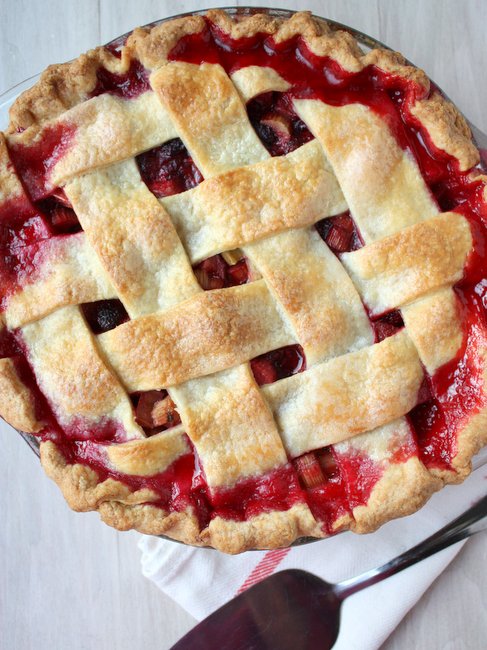