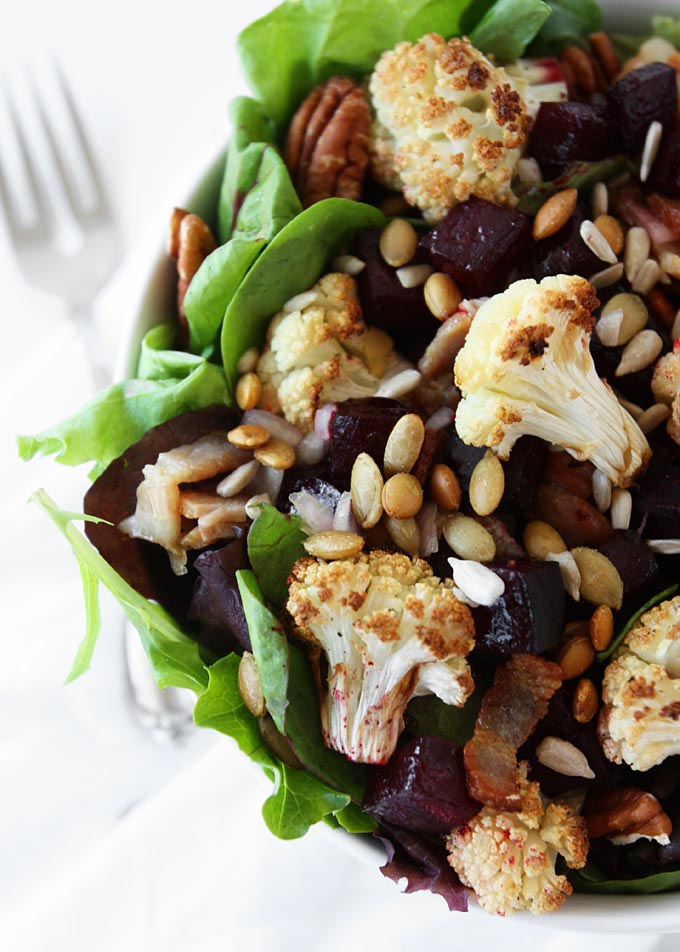 HOME! Woop! Hey guys! I’m slowly getting back into the swing of things, but admit: it’s hard after 4 weeks of fun vacation! I’m still reeling from how beautiful Iceland was, and will do a picture post (like I did with Scotland) soon. AND I’ll talk all about our experience in the Snail Van! SO MUCH FUN! Thanks for keeping up on Instagram and Facebook — it was fun to see so many of you engaged and clearly in love with Iceland, too!

Now that I’m back, I’m stuffing my face with as many veggies as I possibly can. In the UK I lived on pub grub (heavy, delicious, not many veggies) and in Iceland I lived on instant noodles and oatmeal… so, I’ve been craving vegetables for a while. Green smoothie mornings BACK IN ACTION! Also: breakfast salads. Also: all the time salads. This salad included! 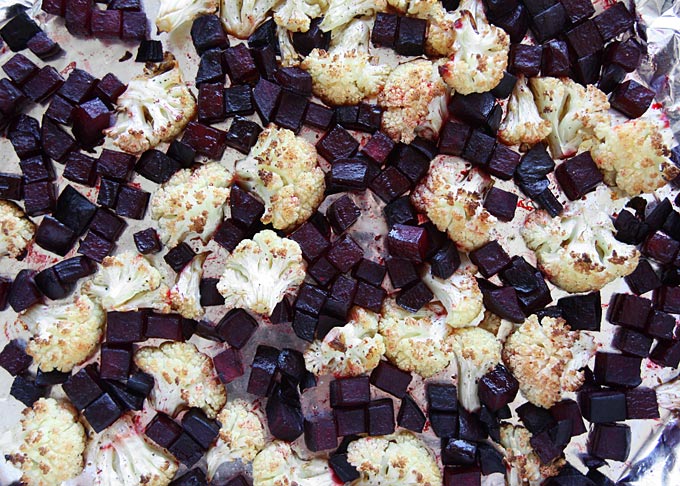 This is super simple: roast the veggies, make the dressing, toss everything together. I often make the veggies in a big batch and keep them in the fridge to assemble my salad as needed/wanted/craved. Throw in a bunch of seeds and nuts, or whatever else you have on hand… AND YOU HAVE SALAD! 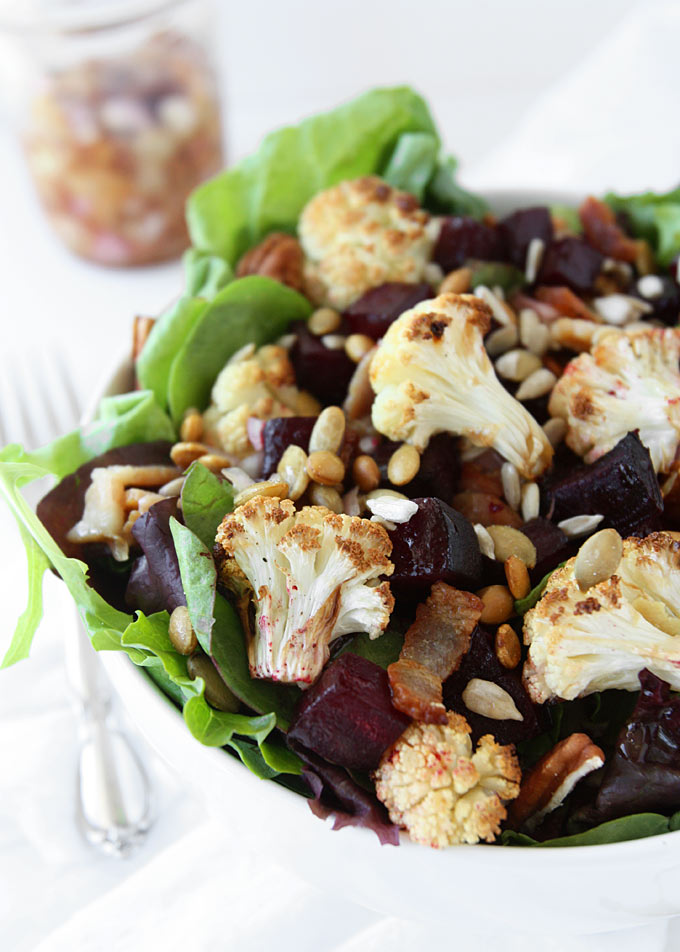 Also, now we finally have a recipe with charred cauliflower. I KNOW IT’S LIKE ALL THE RAGE but I’m super late to this game. It’s tasty! But then again, I think anything charred is tasty. Except toast. I do not like charred toast. But charred veggies? Charred meat? Charred … not brownies. Not charred brownies. Let’s get back to salad: ENJOY! xo