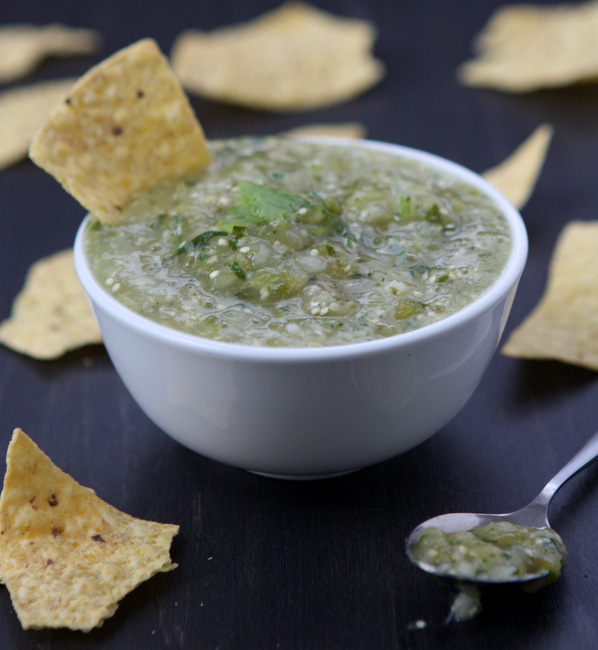 We've skipped right over fall, straight into winter. Almost. It's rainy and cold and gross outside (and we saw plenty of snow this weekend), and last week was our first official freeze. That means the garden is done for the year, so I picked everything last week before the freeze. Among the bounty: tomatillos! 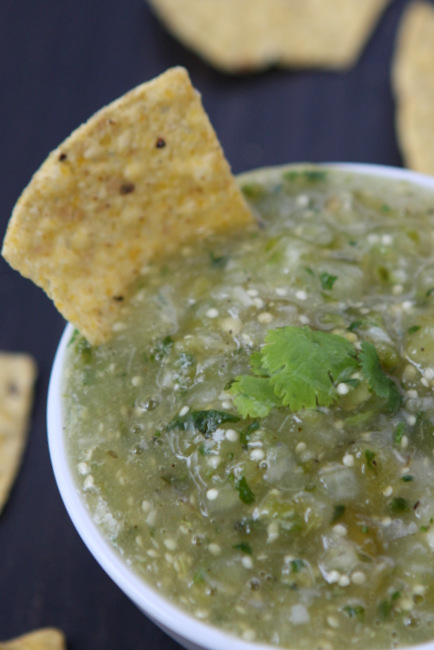 I was REALLY excited to grow tomatillos this year, and never have before, but was then disappointed when my tomatillo plants got some sort of virus early in the season. A few of them died, and a few of them I tried to minimize damage, so when we have to move in July I only brought two plants to our new little garden. After a month of being in the ground here, though, they started flourishing! With such a short grow season, they still didn't have quite enough time to produce everything they were trying to, but I still ended up with a nice bowl full of slightly-small tomatillos. Perfect! 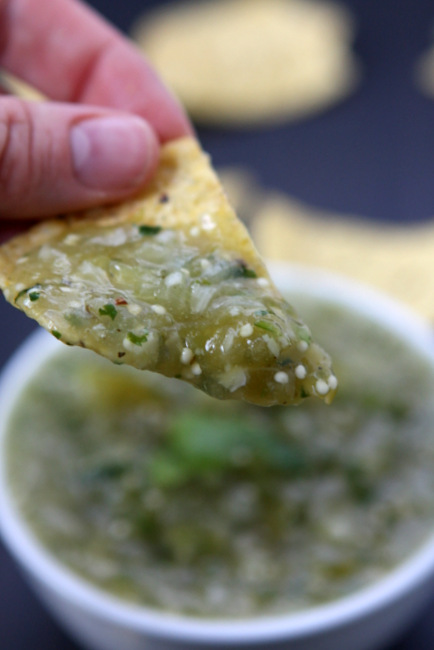 I looked over various tomatillo salsa recipes, and concluded that basically anything goes. Throw in the essentials, which are all up for debate, blend it up: SALSA! I immediately sat down with some (stale) chips and ate about two cups of this stuff. Seriously delicious. 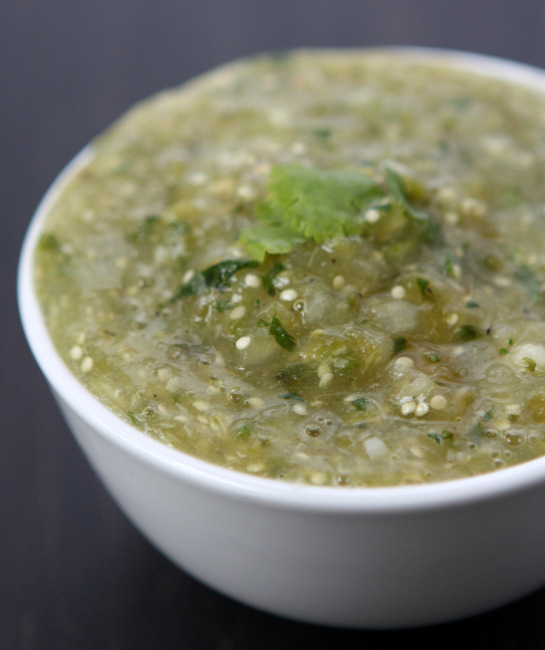 The plan was to make something (enchiladas?) with the salsa, but it definitely didn't make it that far. Down the hatch instead! 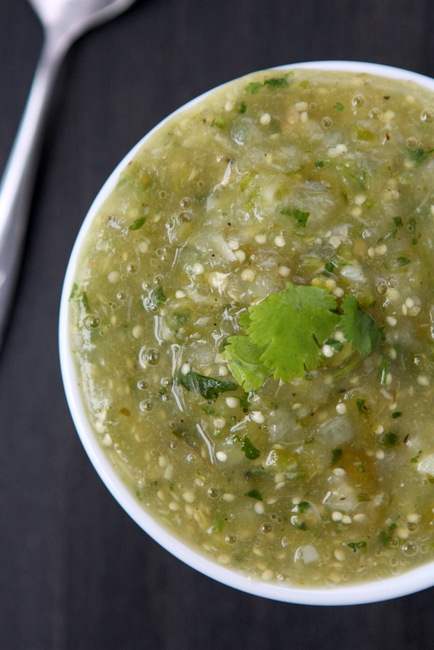 I was a bit worried about using all of the tomatillos, some of them were clearly not ready to be picked (far too small), but after doing enough research it seems that being under-ripe is NOT a bad thing for using tomatillos. It all turned out fine for me!

« ONE WEEK Until the Twin Cities Marathon
Life in Pictures »