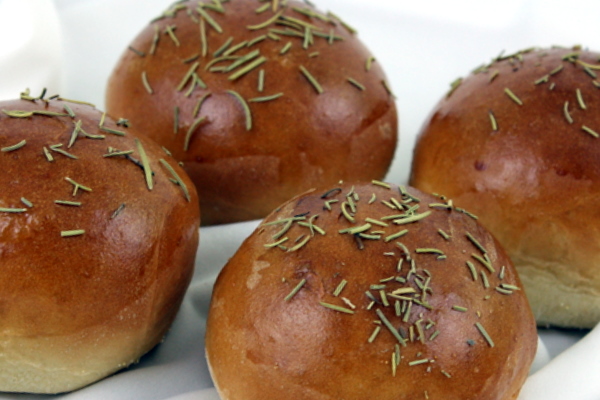 Yesterday started a new chapter in my life! Perhaps not too exciting for most people, but I've decided to wake up early for an ENTIRE month. Early is a relative term, meaning 7 am. We got up at 7 yesterday, and I went out for a pleasant run before work. I know I have motivation issues at the end of the day, after a long day of work, and so working out in the morning is really my only option on a work day; however, getting out of bed is tough stuff! This group effort, which consists of waking up at 7 am for all of February (plus yesterday, our over-ambitious extra day!), is perfect for starting my training! At least coach is helping get me out of bed! I'll keep you updated on my success (wishful thinking?) - hopefully I'll make it!

Last week, after buying some ground bison meat, I decided I should learn to make burgers - a feat I will share with you on Friday! After establishing my plan of action, I realized I should make the buns too - and so the quest began. Which type of bun is best? If you watch "The Office" I hope you chuckled at that (I'm a dork, admittedly).

After reading numerous lists with titles like "Best Burgers in America" and "20 MUST EAT Burgers" I established that either sourdough or brioche buns are the best. Seeing as I have no sourdough starter, I opted for brioche. I used a recipe from The New York Times for the buns, but added some rosemary to the tops of the buns. I should have shaped them a bit more carefully, as mine were more bulbous than I would have liked - but it turned out just fine in the end (meaning, upon eating). 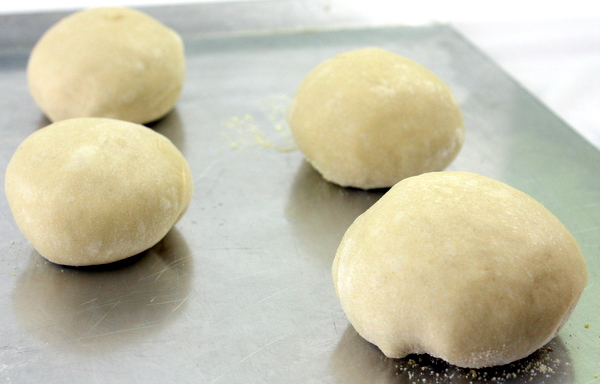 Not only were these a-freaking-mazing, but they were SO fun to make. I opted to do these by hand, not using my mixer, and was so glad I did - the dough felt like a dream in my hands! It had substance to it, a weight that felt good, and was smoother than any dough I've felt. I probably could have kneaded it all afternoon and been really happy about my day. Alas, I had hungry tummies waiting for dinner, so my kneading obsession came to an end. Although I did dream about making more last night... no joke.

Savory, simple, and delicious when lightly toasted with a bit of butter.  These buns make any sandwich gourmet.