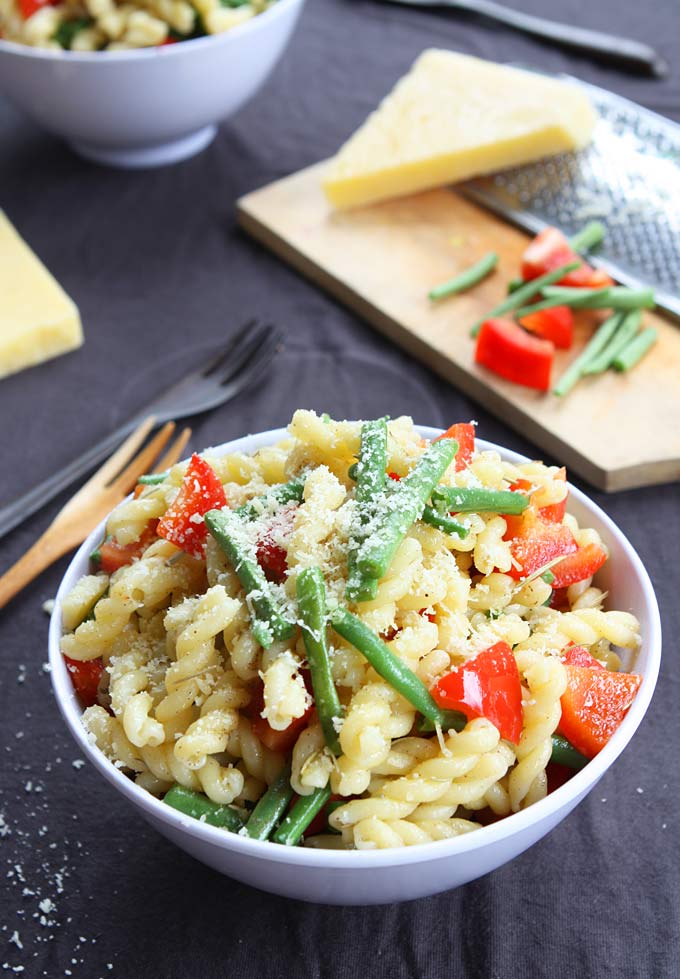 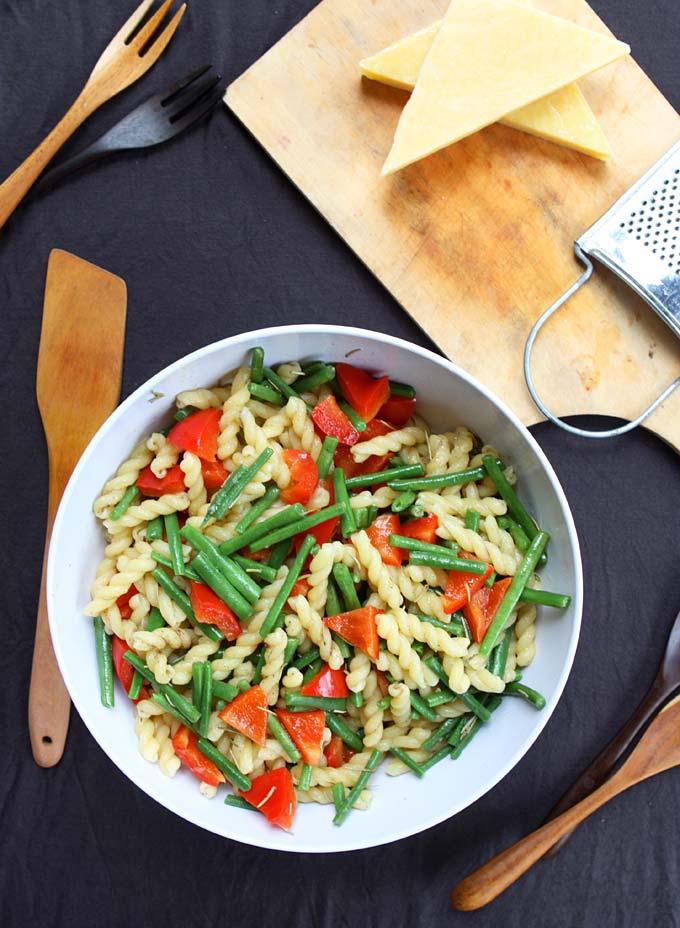 This is, literally, the one and only thing I cooked during my month of teacher training. THE ONLY THING. I think that's a record low. I made this the first day we had off — after ten days straight — in an "I'm going to be productive and get work done!" kind of mode. Clearly a "I'm lazy and want some carbs and cheese" mode, too! Whatever works, right? RIGHT! 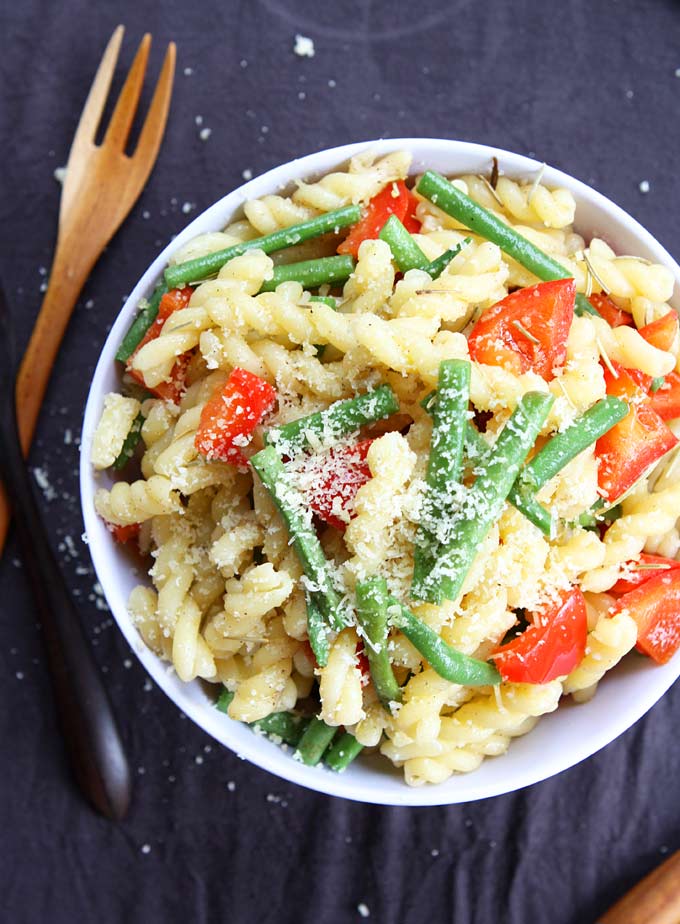 The thing about this dish is: You don't have to sauté the veggies and then add them in. Just throw 'em in the water with the pasta! I waited until the pasta was ½ done, so the veggies would still have some crunch to them. As for the "sauce" — if you can even call it that — I cooked fresh rosemary in butter for about a minute in a skillet. If I had a microwave, I would not hesitate to just throw them in the microwave together! Do this as you're heating the water so that the rosemary can steep a bit in the hot butter, even after you stop cooking it. 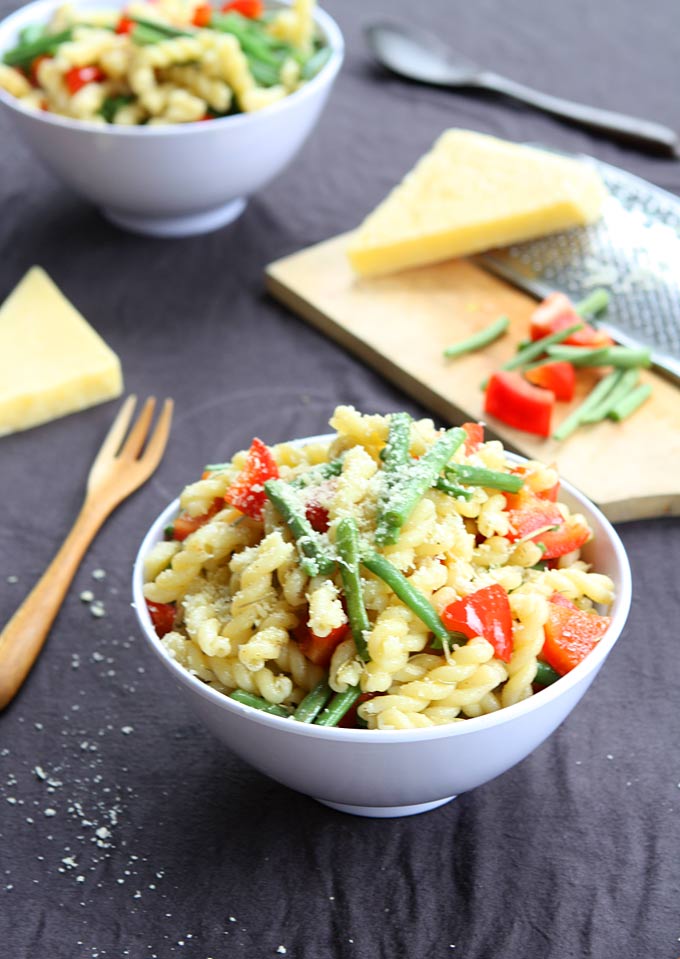 Then, duh, add cheese. CHEESE! So much cheese. You literally cannot have too much cheese in this recipe! I'm convinced it would be impossible! (OK I used literally a little bit liberally up there, I suppose if you had a 747 full of cheese that could be interpreted as "too much cheese" — but I wouldn't complain. So: literally still in use!) 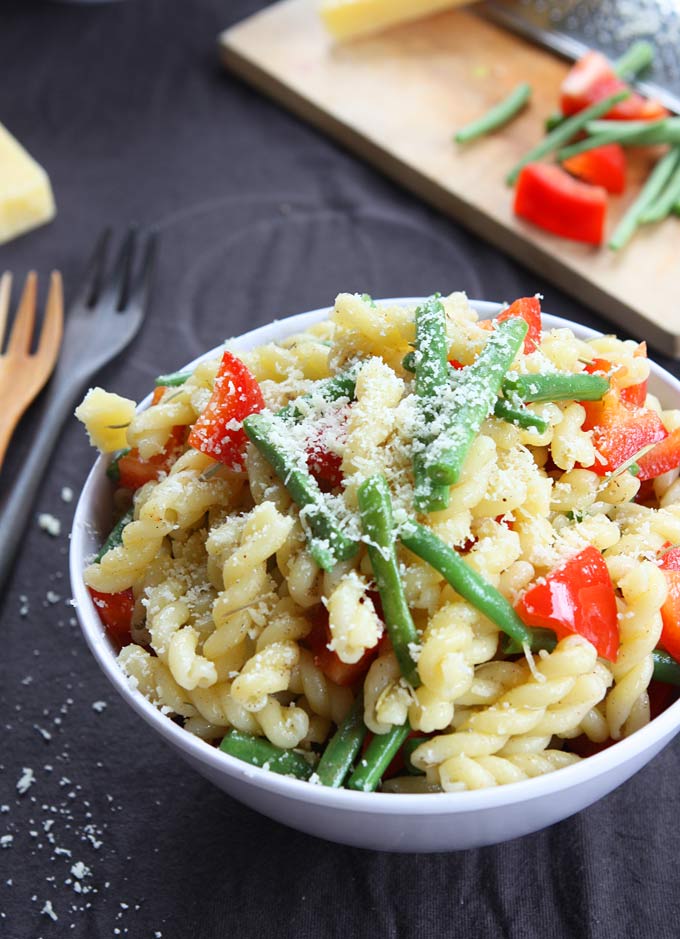 Make this when you have something like negative ten minutes to cook dinner. It's so simple. The hardest part is cutting veggies — and if you choose the right veggies, you may not even need to cut them! EASY. Pasta to belly in minimal time. These are the important things in life. (I'm kidding. CHEESE is the important thing in life!)