Notice: Function add_theme_support( 'html5' ) was called incorrectly. You need to pass an array of types. Please see Debugging in WordPress for more information. (This message was added in version 3.6.1.) in /var/www/wp-includes/functions.php on line 5831 Salted Caramel Ice Cream Recipe 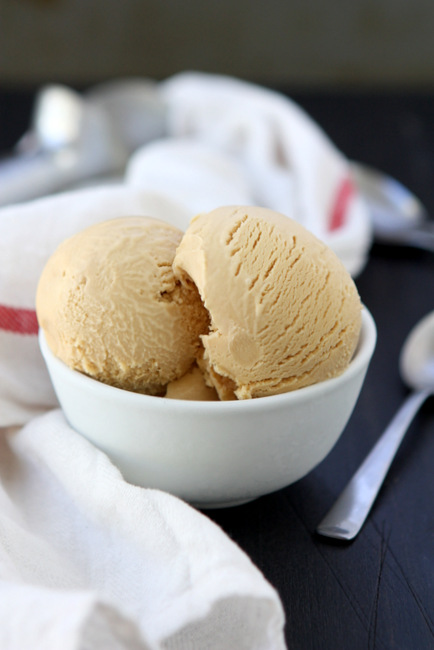 As the wedding falls further and further into the past, and my list of “thank you” notes to write grows (SLOWLY) shorter and short, I also get to USE the gifts we received: AWESOME. Some were contributions to our honeymoon, which will happen after Derek finishes school, and some were donations to our favorite charities, but some were tangible THINGS. For example: ice cream maker. HUZZAH. 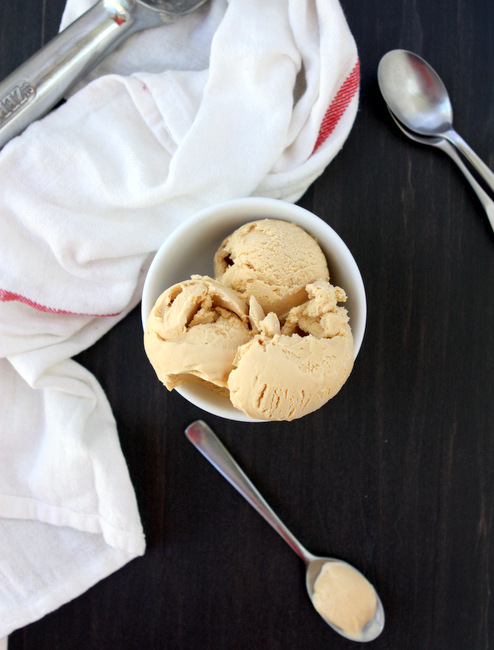 You may remember earlier in the summer when I played around with no-churn ice cream — totally delicious and perfect if you don’t have an ice cream maker; however, now that I DO have an ice cream maker I feel like the possibilities are endless! So far I’ve only made variations of chocolate (plain, with cookie dough, with peanut butter covered pretzels, etc.), until this salted caramel ice cream. Oooh boy. This is seriously good.

One of our favorite splurges from the grocery store is Talenti Salted Caramel Gelato. If you’ve never tried it, rush to your nearest grocery store and buy one STAT. Seriously, it’s pretty ridiculously good. Once you’ve convinced yourself you can’t live without salted caramel ice cream in your freezer AT ALL TIMES, you can make this recipe! Considering Talenti is not exactly kind to the wallet (hence a splurge), making it is far far better. And, you get more volume in a batch! Yay! 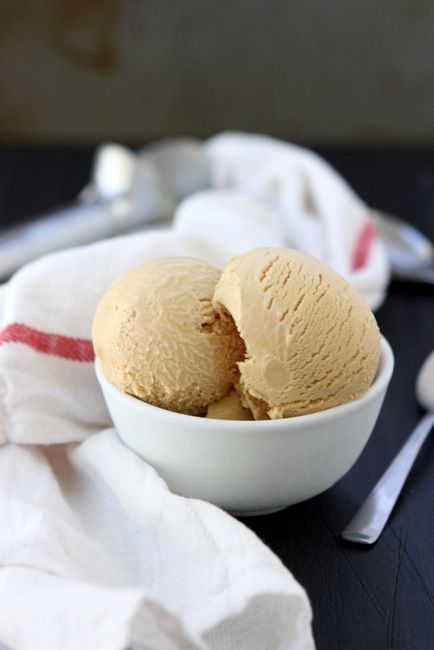 This was my first ice cream with a custard base — not nearly as intimidating as you might think. Basically, make the caramel, then make the custard, mix them together and chill for a while. Throw them in the ice cream maker, and BOOM: delicious, salty, caramel ice cream. I threw in a bit more salt, because I was skeptical about the salt content — it was a bit salty. Stick to the recipe (unless you really love salt, and then you can totally go for it!).