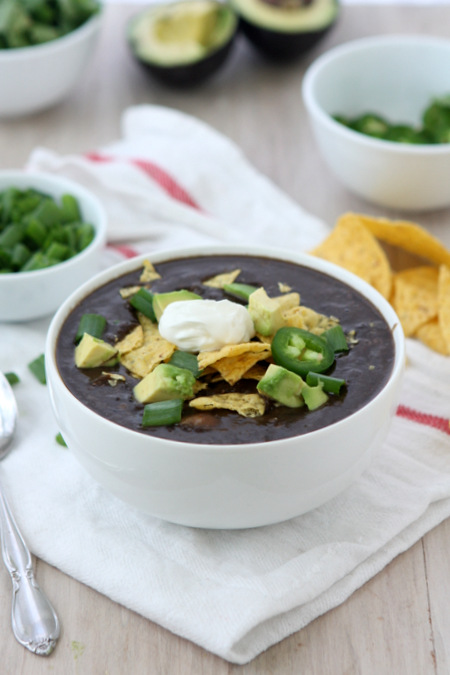 This weekend was the laziest I've had in recent memory — which is quite a statement... I'm pretty much a professional at lazy-days. I didn't really have anything I *needed* to do, but I did have things I thought "I'll finally get that done!" and then didn't even approach. Oopsies! It was probably a good thing, to slow down after a very productive and exciting week, but I still have a nagging "you're unproductive" dialogue in the back of my head. 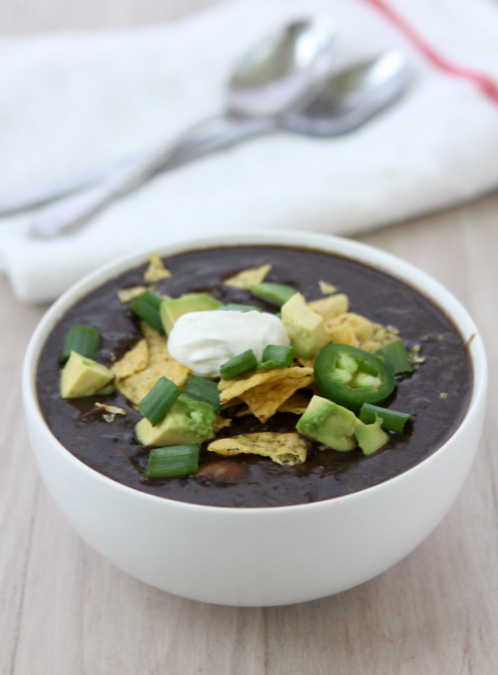 There are a few reasons for our lazy weekend. First, I started a yoga challenge at my yoga studio last week. For the next month I'll be going every day, no matter what. After a month of increased inactivity (December, and yes, I purposefully didn't say "decreased activity"), going to yoga seven days per week is definitely a big change. It's phenomenal, and I'm sure you'll hear much more about it this month, but I am tiiiired. Today I went to restorative yoga, which was so calm and relaxing, and a welcomed changed from the many chaturangas and sweaty flows. 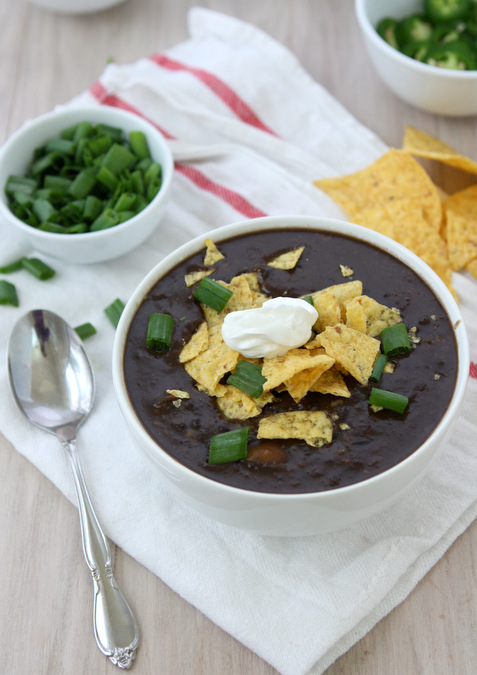 The second reason for our relaxing weekend is that Derek had a bit of a ski booboo on Friday. We don't do much alpine skiing anymore, mainly favoring nordic, but Friday was Bridger Bowl's birthday — a day in which tickets are only $15! We took advantage of the cheap tickets to warm up our legs for an upcoming ski trip in Utah. After a morning of fun, powdery, tree skiing we took a break for lunch. After lunch, we did our first real groomer of the day, and halfway down Derek took a monumental spill. An hour later, with the help of ski patrol and a sled-ride down, we ended our day by driving to the orthopedists to learn Derek had hurt his MCL. Luckily his ACL is fine, and he should recover quickly! Still, not the best way to end a fun day of skiing. 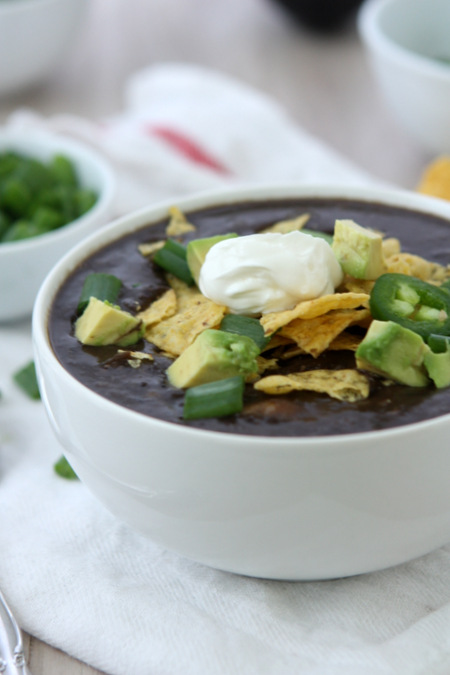 With Derek on doctor's orders to NOT SKI (we had planned some epic nordic skiing), and my tired yoga body, we lounged around the house most of the weekend — only leaving to go to yoga (me) and a friend's birthday party. I'd like to say the house is much cleaner than it was before — as a weekend at home would hopefully produce — but I'm ashamed to say it looks pretty much the same way it did on Friday. Oh well! My knitting projects are moving along, so we'll just count that as progress! 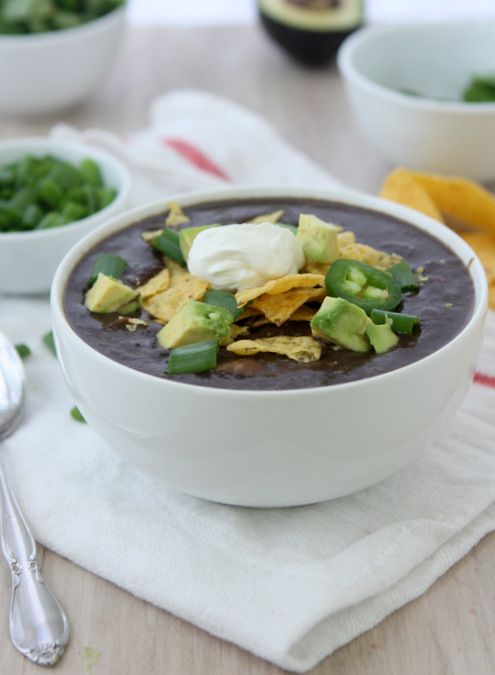 Onto this soup: This is my Winter 2014 Soup. Last year it was this spicy chicken and rice chowder, which I still make frequently. This year, though, this soup has won our hearts. It is SO SO easy to make, and really incredibly delicious. I honestly think I've made it twice each week for the last month! It's become my go-to "I'm having company" dinner, and my "I don't know what to have tonight for dinner" dinner, and my "It's cold as heck out there and I want warm soup" dinner, and my "I don't have time to make dinner" dinner. It's a one-size-fits-all dinner. Try it out!