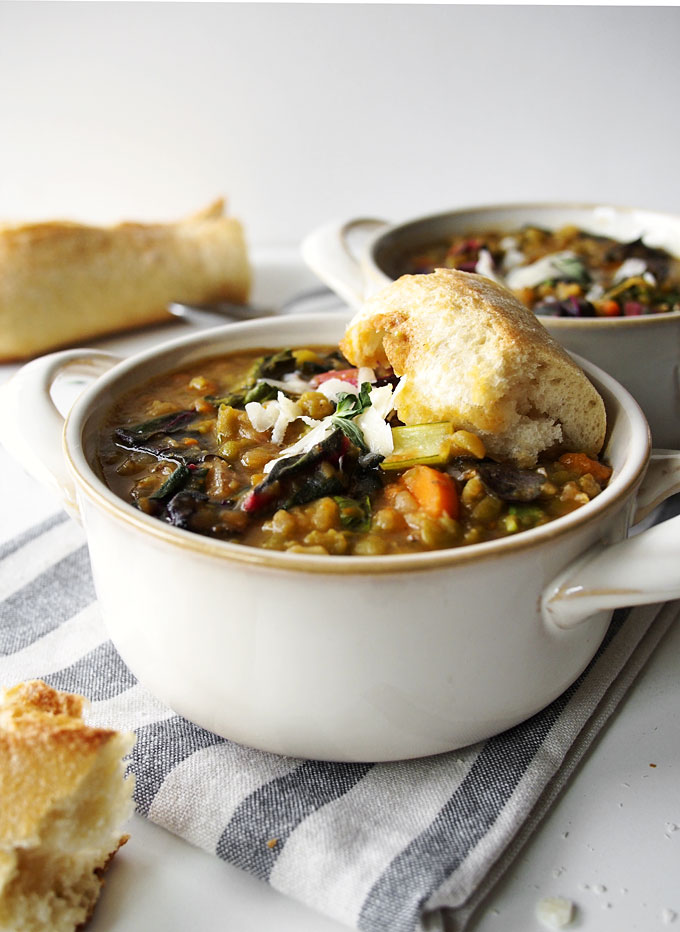 You may or may not have noticed that it’s Halloween week. AKA THE MOST STRESSFUL WEEK OF MY YEAR. I joke, kind of, but also … I’m kind of serious. I have serious Halloween anxiety! I never know what to be! I spend WAY too much time thinking about what I’ll be, and never feel 100% (or even 80%) confident in any of them. This leads me to want to hide at home and never participate and just avoid the ENTIRE “HOLIDAY” altogether. Anyone else? Just me? Oh man. 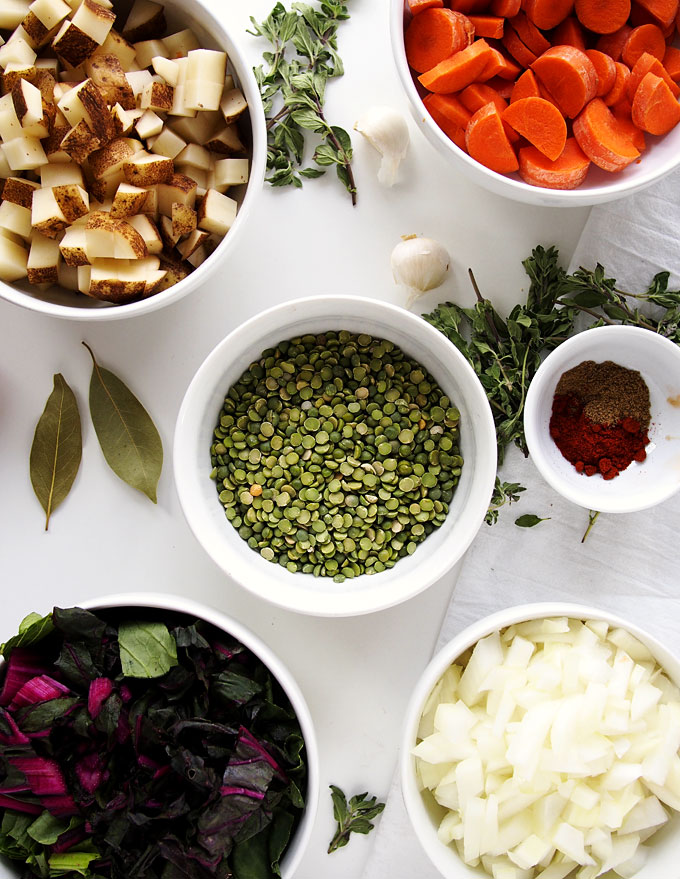 Unfortunately, I can never convince the other people in my life to join my in my hermit-halloween-hideaway celebration. They’re all like “but we can go to this party” or “you HAVE to come to MY party!” or “we can’t be lame” or WHATEVER. Ugh. Obviously, it works on me. I have yet to fully skip a halloween, but I’m ALWAYS KICKING AND SCREAMING. This year, so far, has been no different. I’ve already agreed to show up to at least one party, and the manfriend is pretty gung-ho about the whole costume thing (which is great!), but: we haven’t thought of a good one! I NEED HELP! 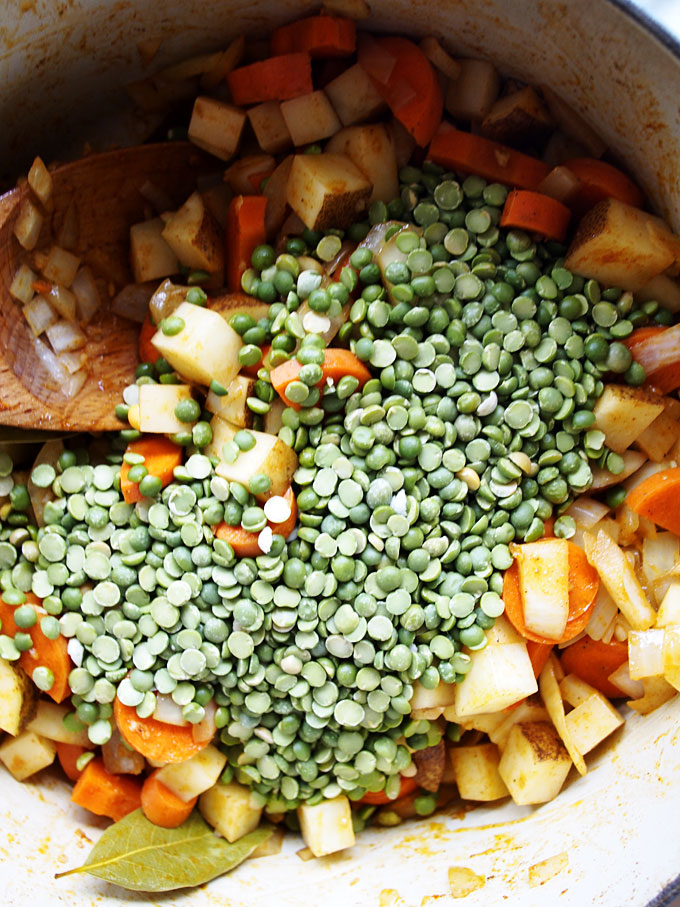 Seriously, I can’t think of any good ones, so I need you guys to give me the BEST ideas you have. They can be couples costumes or single costumes. Whatever. I’m desperate at this point! I do have some stipulations: it can’t be lame. It has to be cheap to create. It must be bike-friendly. It can be semi-obscure, but I think the best costumes are those that people pretty quickly figure out and think are hilarious. OK GO! 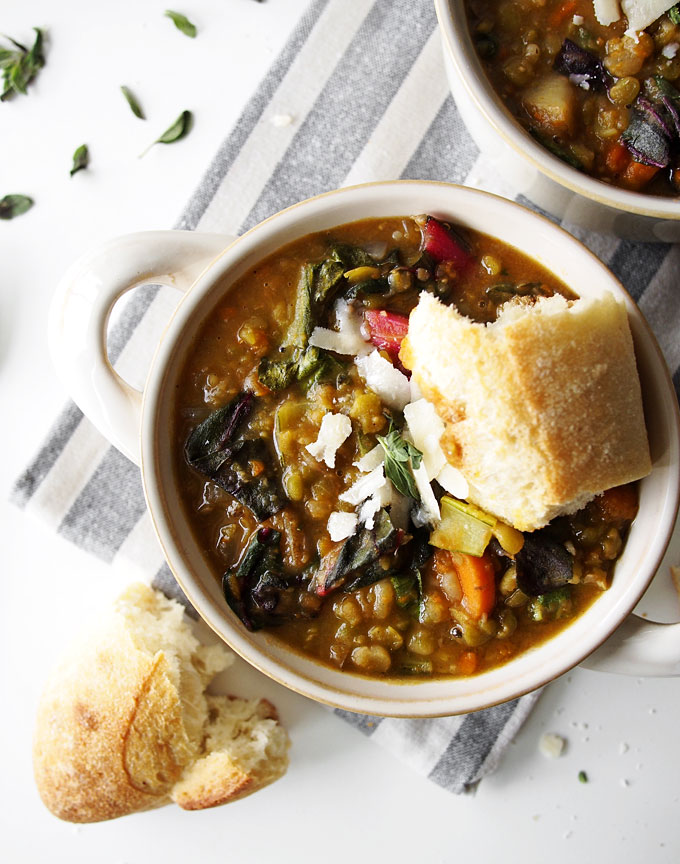 In exchange for helping me with the biggest issue of the week (oh man. if only that were true!), I’ll give you the recipe for this hot-diggity-dog bomb.com soup. That’s an official rating system I just came up with. I had no clue what to name this, as usual, because it has ten million delicious things in it: smoked paprika, split peas, potatoes, bay leaves, carrots, onion, garlic, chard, oregano, AND MORE. It started because Cindy mentioned how amazing Megan’s lemon lentil soup was, so I was like “oh, I’ll make it!” until I realized I actually had split peas, not lentils, and no lemons, but enough other things to “make” the recipe… a totally different recipe. So, inspired by Megan, completely hacked by me. 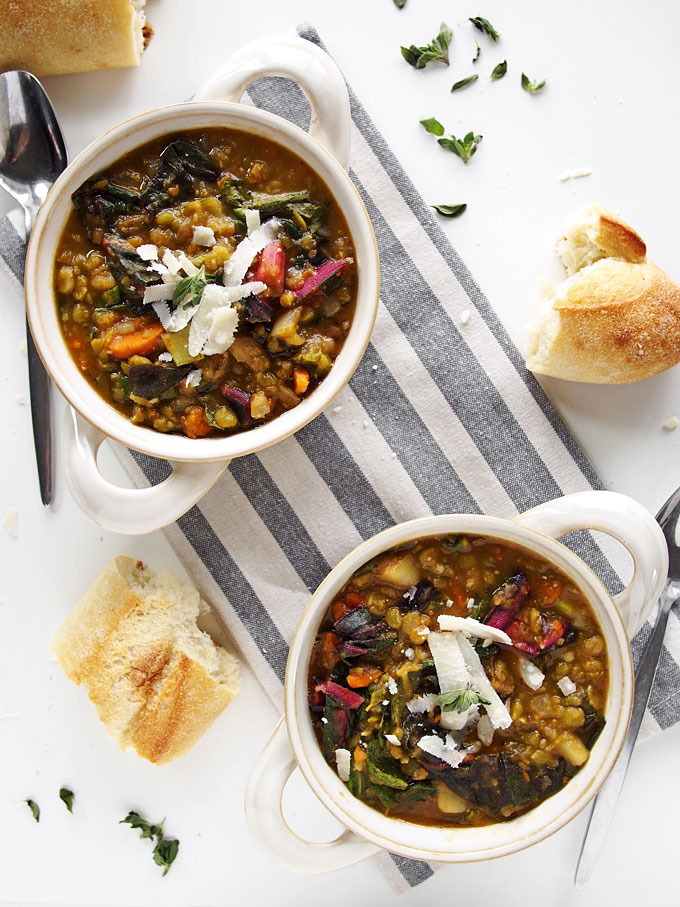 This soup was perfect half-blended: I stuck my immersion blender in there and gave it a few whirls — enough to leave some chunks, but enough to make it a bit creamy. PERFECTION! (Chandler Bing, anyone? Anyone? Oy. It’s Monday.)

Have a wonderful week! And GIVE ME HALLOWEEN IDEAS PUHLEAZE!