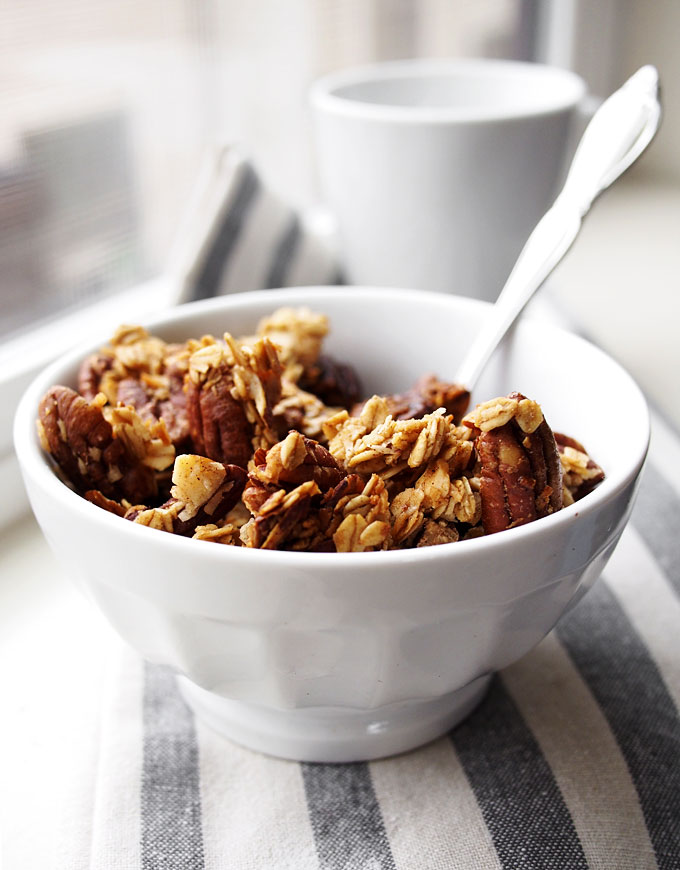 When I posted my making of granola on instagram and snapchat last week, I received SO MANY snaps/comments/texts from friends being like 'WTF YOU HAVEN'T MADE GRANOLA BEFORE YOU?! YOU TERRIBLE HIPPY!' and I'm here to agree: it's an abomination. I should have been making granola every freaking week for the last 28 years of my life (err, maybe not the first few... that sounds dangerous). Why haven't I made it? Honestly? I didn't think I really liked granola that much. I've had too many granola-eating-experiences that are basically like eating a mouthful of tasteless rocks, which is definitely NOT my jam. 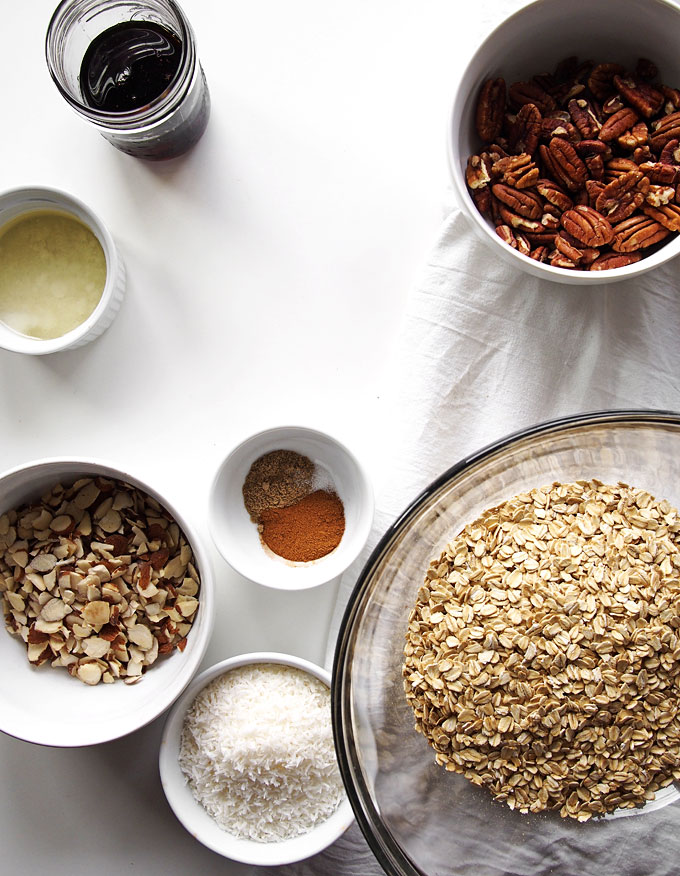 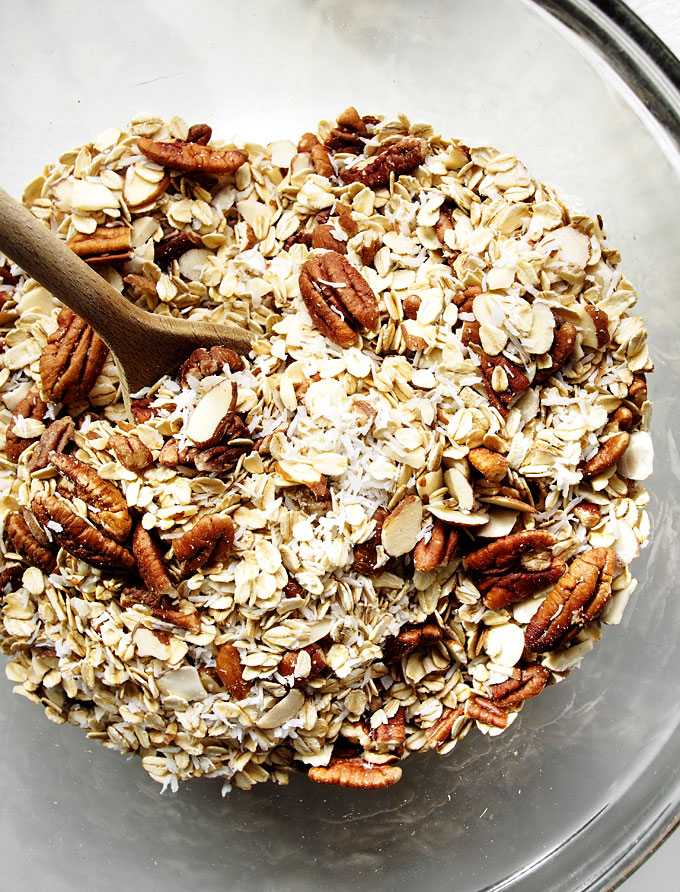 But homemade granola: not a pile of rocks. Crunchy, sure! But not tooth-cracking-hard and tasteless. DEFINITELY not tasteless if you follow this recipe! Whooooey! This stuff smelled so delicious before I'd even put it in the oven — I was definitely sneaking spoonfuls. I suppose it isn't sneaking if I'm the one in charge and I permit it. RAW SPOONFULS FOR ALL! K. Moving on. 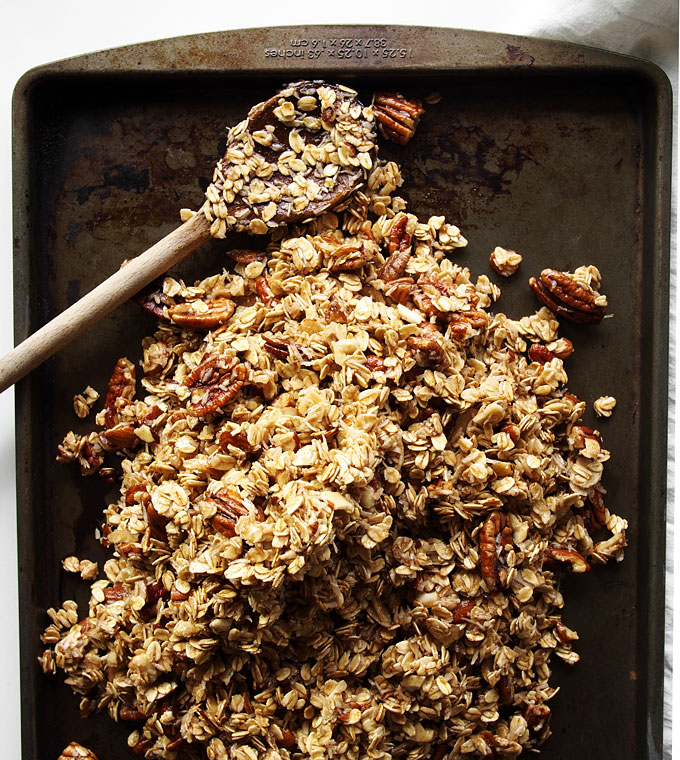 This granola has a little bit of everything: coconut, sliced almonds, pecans (!!!), oatmeal, cinnamon, nutmeg, cardamom, maple syrup, vanilla — TASTY TREATS, I TELL YOU! Wow, look at me getting in the Halloween spirit! Not really. I'm still anti. But PRO GRANOLA! 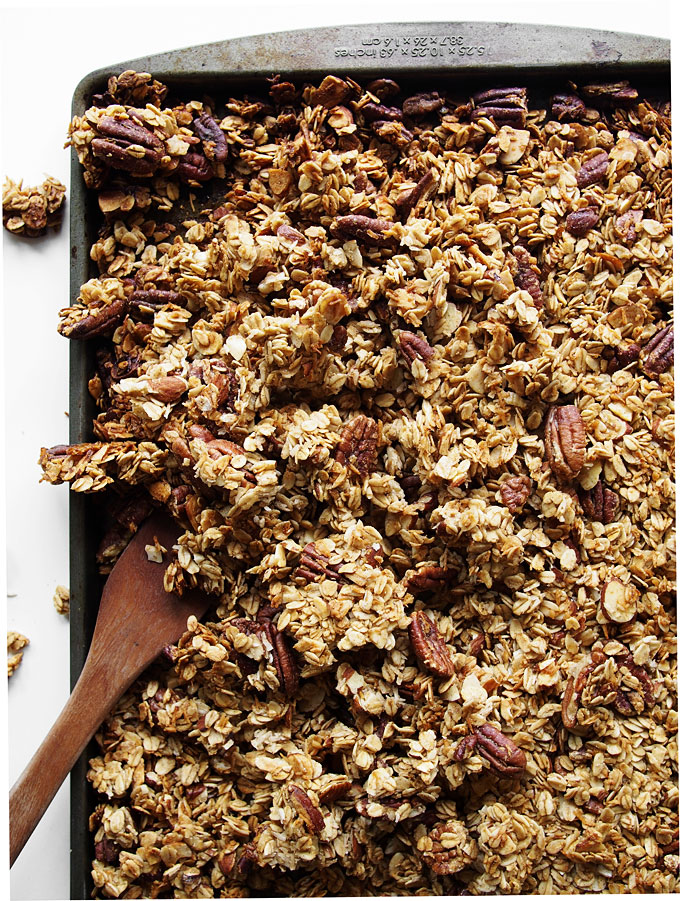 Seeing as this was my first time, I consulted a lot a lot a lot of other granola recipes before concocting this one. While the recipes are often very similar, the method for baking (clumped together or spread apart) are varied. I'm a fan of big chunks of granola, not just individual oats, so I opted for the clumped together method. I squished it all into an even layer on my baking sheet and baked away! Then broke it up at the end. If you'd rather spread it out: BE MY GUEST! Do your own research! Make up your own mind! I'm very accepting in that way, aren't I? You do you, granola-boo! Omg too much... I'll go hide now. 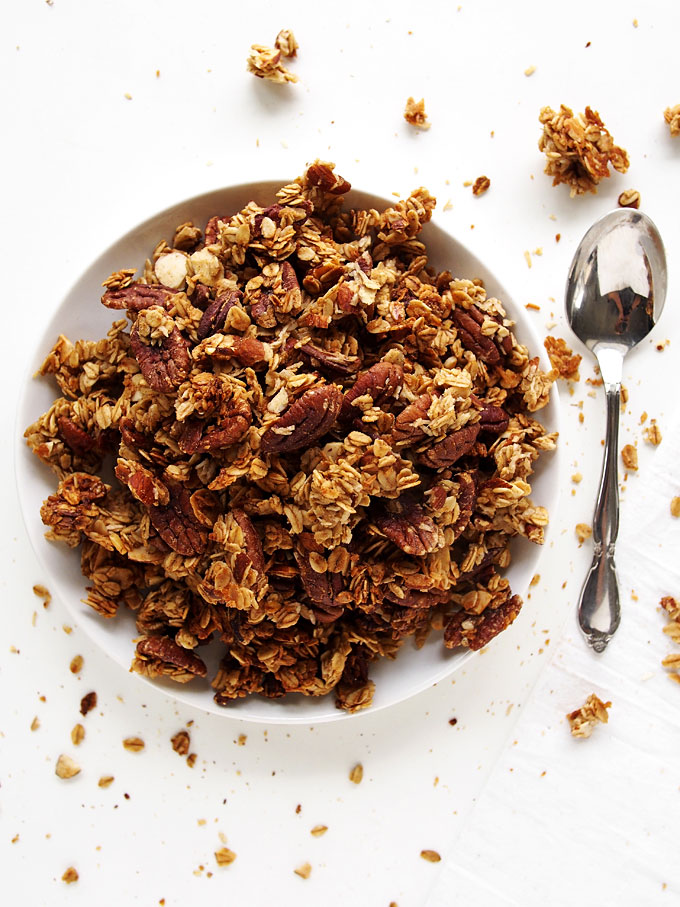 I'm off to eat some right now! I've already picked out all the clusters with pecans in them, since they're my favorite (seriously, toasted pecans? One of the best flavors in the world!), but there are plenty of other goodies in there! 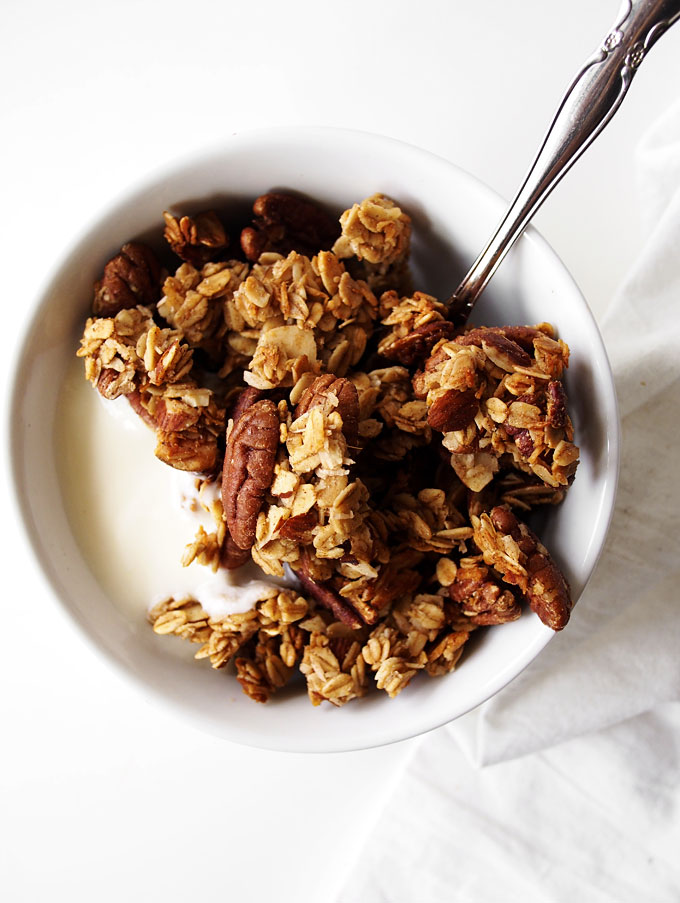