Notice: Function add_theme_support( 'html5' ) was called incorrectly. You need to pass an array of types. Please see Debugging in WordPress for more information. (This message was added in version 3.6.1.) in /var/www/wp-includes/functions.php on line 5831 Spaghetti Squash Pad Thai Recipe 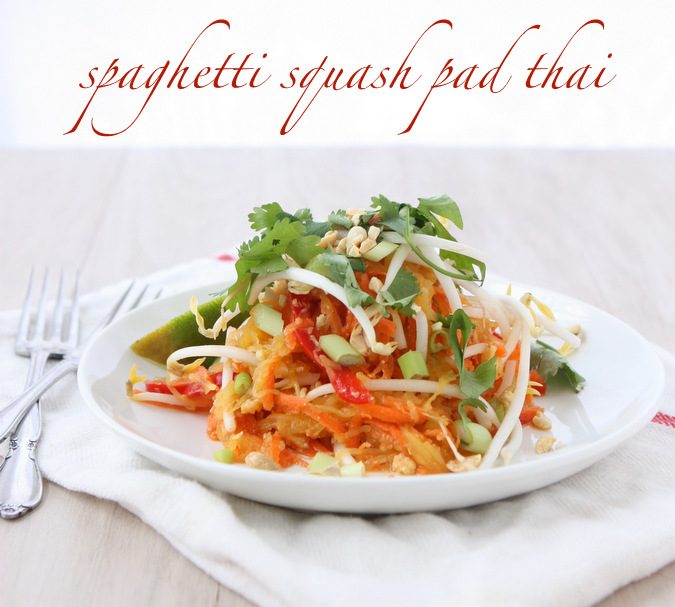 Winter: season of squash. Season of grapefruits. Season of SKIING! We’ve been getting progressively more and more into skiing (nordic skiing, that is) over the last few years. I learned how (BARELY) my first winter here, then really got into it last winter — but had to go easy for a while at the end of marathon training. This year we’re super pumped to be out skate skiing ALL THE TIME. If you don’t know what skate skiing is, watch this video. It’s freaking hard! Also, it’s hilarious to watch pro races because they collapse like tired little girls at the end! I can’t get over it. 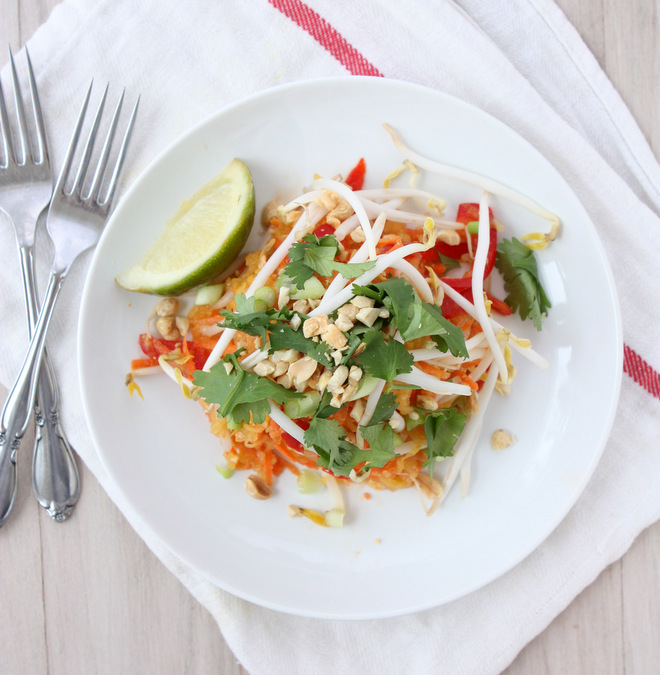 Last week we went for a nice long ski Thursday, and it felt AWESOME. I was really excited to head out again yesterday to ski a personal distance record! That definitely did NOT go as planned. It was snowing quite a bit, so conditions weren’t optimal (soft, new snow is not the fastest), and I was having THE WORST off day. It was terrible. I had to stop three times on a climb that I normal zip through no problem. What the heck!? It was really disappointing, and discouraging. Luckily, I know that isn’t my norm! I’ll head out tomorrow (once we’re in double digit temps again) and GET AT IT AGAIN! Despite being the most physically demanding sport I’ve ever tried, it’s incredibly fun once you get it. 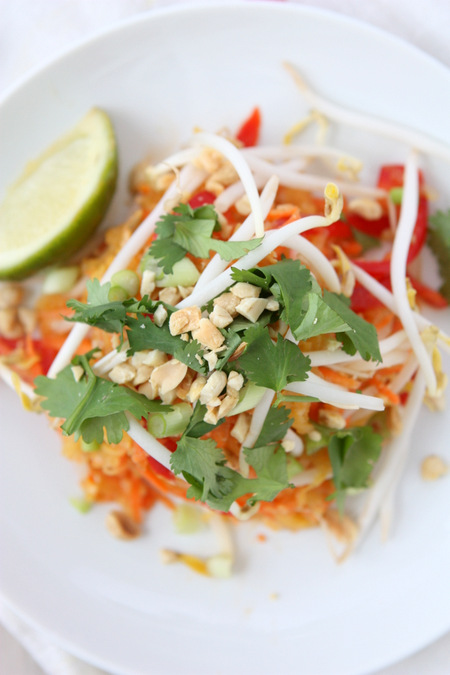 After returning from such a disappointing ski, I was glad I had made this pad thai in the morning: I was in no mood to try and cook dinner after skiing! This recipe came from A Couple Cooks — the newest addition to my “must read” blogs! They’re great. Check them out! I made only a few minor changes to their recipe, and it was DELICIOUS. Not to mention, easy! Pad thai always intimidates me, mostly because getting the noodles perfect is the hardest part: omitting the noodles and replacing them with spaghetti squash solves that problem entirely! 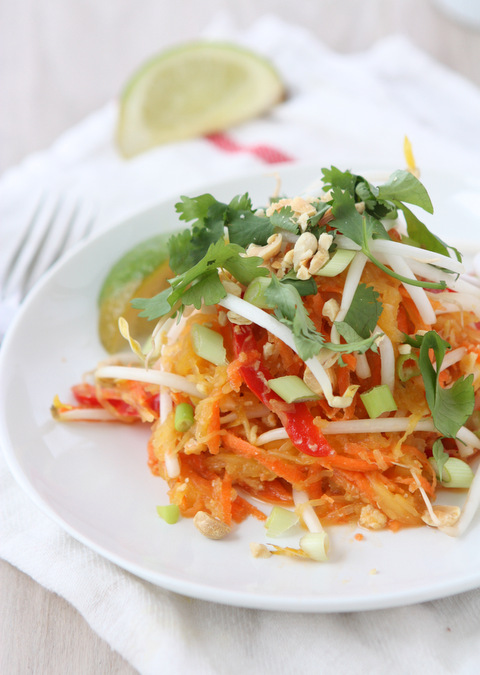 As with most dishes, I think this dish is perfected with heavy garnishes of cilantro and lime. Derek would disagree on that one (he’s a cilantro-soap taster!). Whatever floats your boat! Crushed peanuts are also essential! 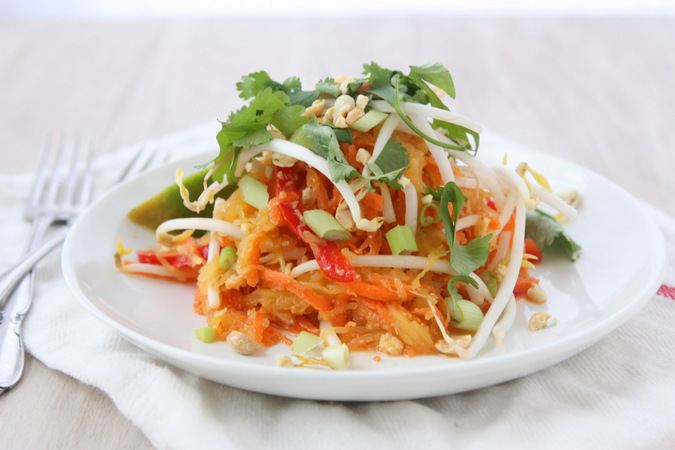 Overall, this dish is really healthy. I was actually worried it was TOO healthy for our cheese-devouring selves, but I suppose everything in moderation, right? Ha. It is a great dinner, and a great way to use spaghetti squash! I don’t actually remember ever having had spaghetti squash before — so this was a first for me! We will absolutely be having this again!