Living in Montana, I have to embrace winter sports. It isn’t a choice: it’s a requirement. I will be ostracized and probably banished from society if I don’t. I will never admit to embracing winter, I would trade the snow for a warm beach any day, but I can see the pleasure in some winter sports. My newest learned skill: skate skiing. Not the ridiculous short skis for down-hilling, but Nordic skiing FAST with a skating motion, like speed skating only with skis on. This is not an easy sport. It’s like being in a circus, trying to balance on a rolling ball with one foot while juggling live chickens. On my first day, Derek and I skated together for a while and then he took off to go at a normal speed – opposed to my turtle speed – at which point I came bombing down a (shallow) hill, legs splitting wider with each second, ran off the track and face-planted directly into the snow. It was really a shining moment in my life, and people definitely saw it.

I might be pretty out of shape right now, but this makes me feel like I am ridiculously out of shape. Like I’ve been sitting on the couch for the last 6 months straight. I assure you, I haven’t been. Derek, being the super athlete he is, can’t seem to understand that this is hard for normal people. It takes some getting used to! My heart can’t pump as efficiently as his! That said, he is patient, very complimentary, and a great coach; however, I hate doing drills, and he makes me do drills. I have to skate along clapping like the Partridge Family over my skis, jump up and try to land on the same ski (fail), and push along on one ski trying to be Michelle Kwon. Not only do I look ridiculous, but I then have to admit that the drills WORK. It would be most gratifying if I could attempt them, establish the uselessness of them, and then not have to do them again. Instead, I know they make me better and therefore must keep doing them. 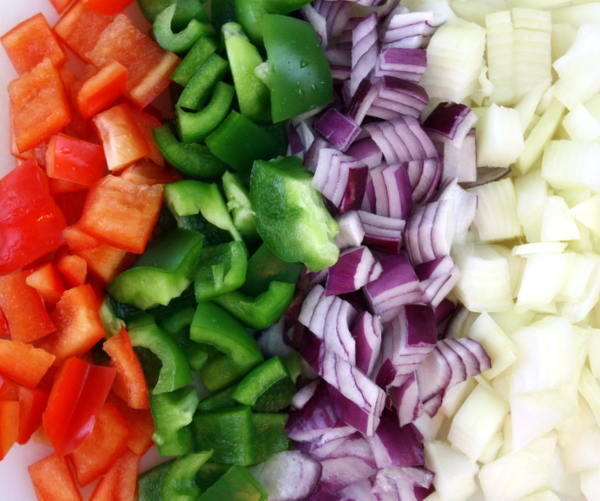 I have these grand illusions in my head of finding my talent this late in life, and then going on to become an Olympian or something notable like that. Skate skiing is my newest hope. Perhaps I’m some skate skiing wunderkind. Maybe I’ll be racing in another month, miraculously get in wonderful shape, and start kicking Nordic ass. A girl can dream.

That said, what could be better than skiing (or hiking, due to lack of good snow) on a cold day, wearing yourself out, and then coming back and eating chili? Probably nothing. It’s so comforting to have a big pot of chili simmering on the stove, perfuming the house into a chili coma. Then you get to cuddle up to eat it on the couch with a movie, a blanket, and a handsome man: life is good. 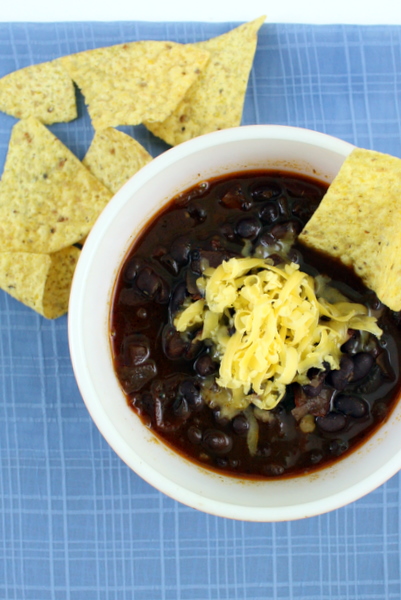 This recipe was partially planned, partially a way to throw in peppers and onions that needed to be used up. I’m sure it would love any other veggie stragglers you have lying around your fridge as well! 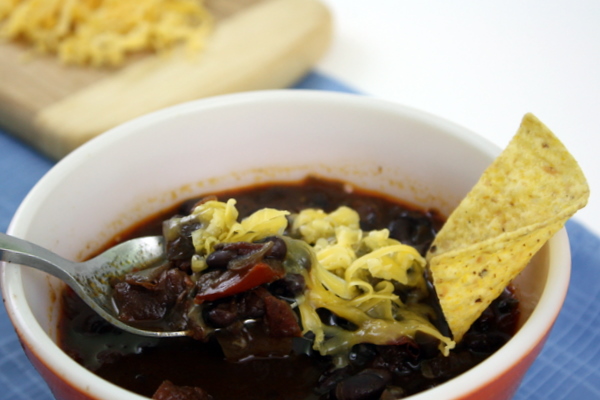 This hearty vegetarian chili has a great spicy kick from the chipotle in adobo.