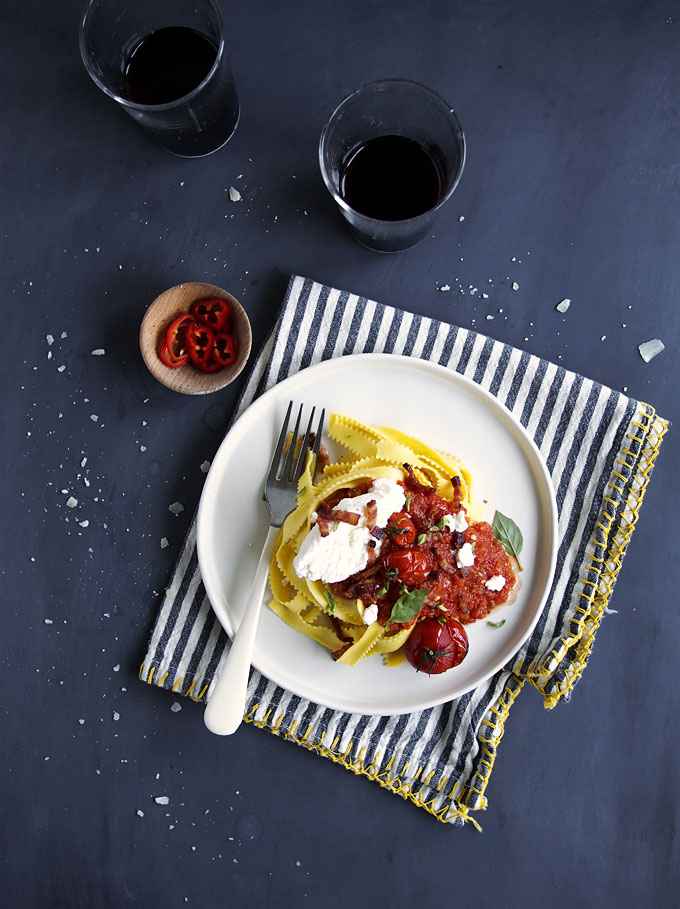 We did it again! Cindy and I teamed up to make another tasty tasty treat for you guys. Last time we made scones, this time: PASTA! Heck yeah carbs! I rode my bike out to Cindy's house, then we went on a coffee/grocery adventure before cooking up a spicy tomato sauce, the cutest pasta EVER, and having a lovely lady lunch talking about all things blog and food and snapchat and boys and baby — lady time: The best. 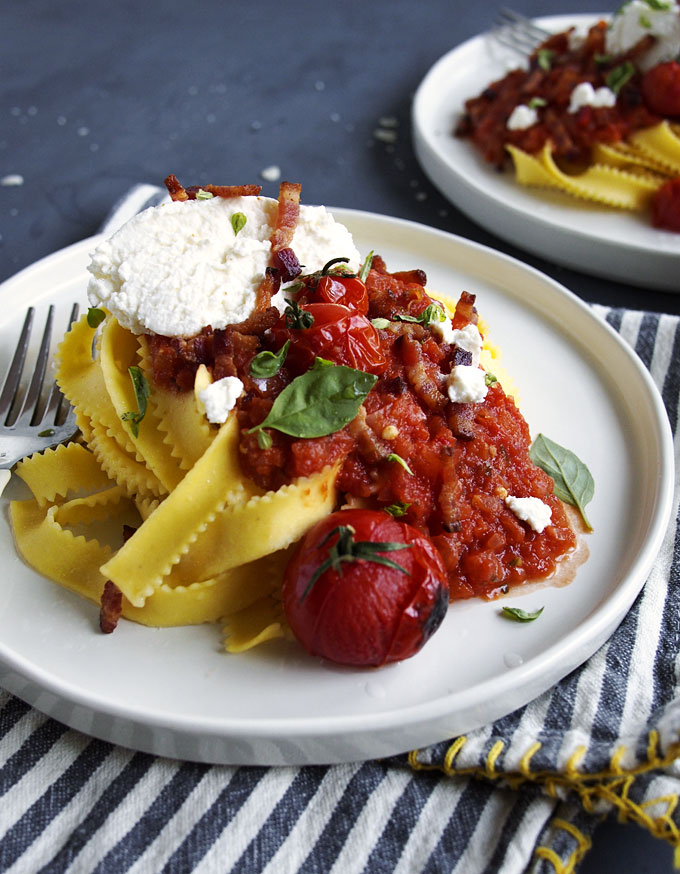 Are you guys on snapchat yet? I bring this up for two reasons: first, you should follow both Cindy (cindyishungry) and myself (thekitchenpaper) and you'll be able to see our cooking expeditions and her cute cute baby Casper! Second, follow katethewasp. She is freaking hilarious, and a while ago got me hooked on #CARBFACE! Like, when you have way too many carbs because they're delicious and you're pretty much 100% overloaded on carbs in the most wonderful way. Every time I eat carbs on carbs on carbs, all I can think is: CARBFACE! Oy. I have issues, clearly. 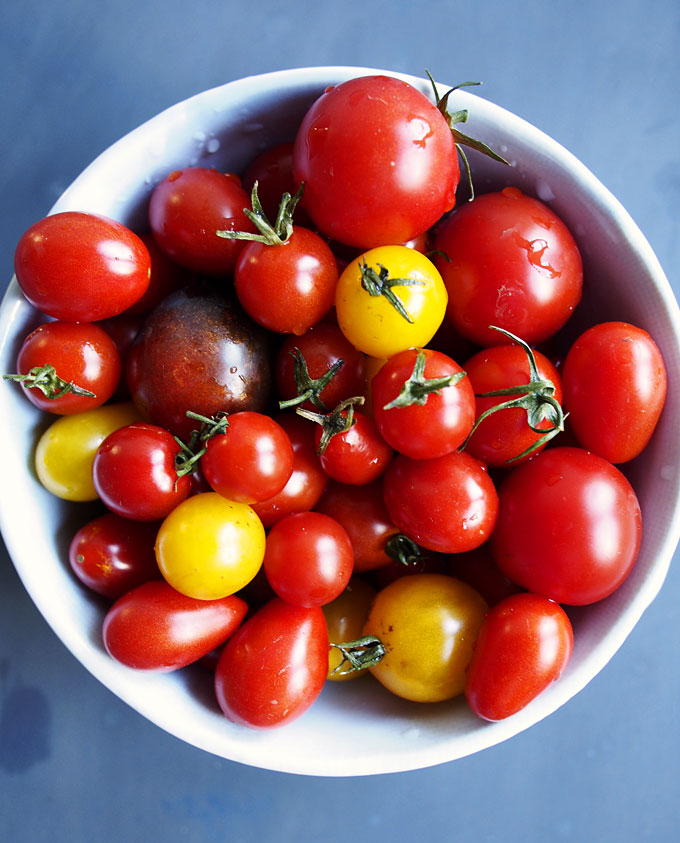 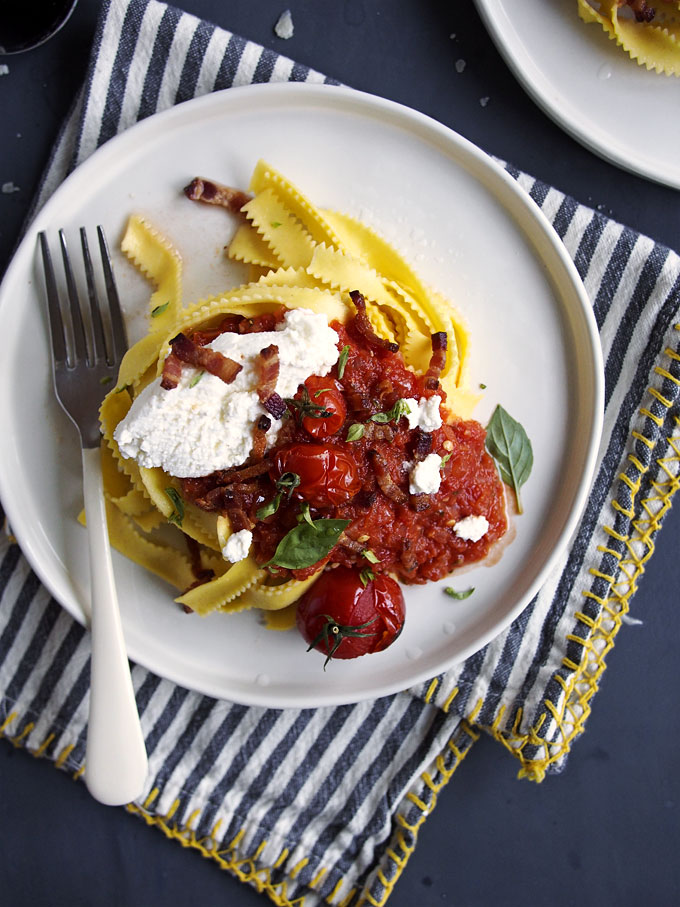 This carbface-pasta is not complicated. Not one bit. But it has some spicy peppers, crispy bacon, broiled tomatoes, and DOLLOPS OF RICOTTA!! You can't go wrong with dollops (BIG DOLLOPS) of ricotta! Ricotta is one of those things I usually forget about — like, oh it's not so special — and then I have some and O.M.G. I fall right back in love. And then I eat it by the spoonful in Cindy's kitchen and try not to finish the tub before we're done shooting the pictures. Oops/sorry/notsorry. 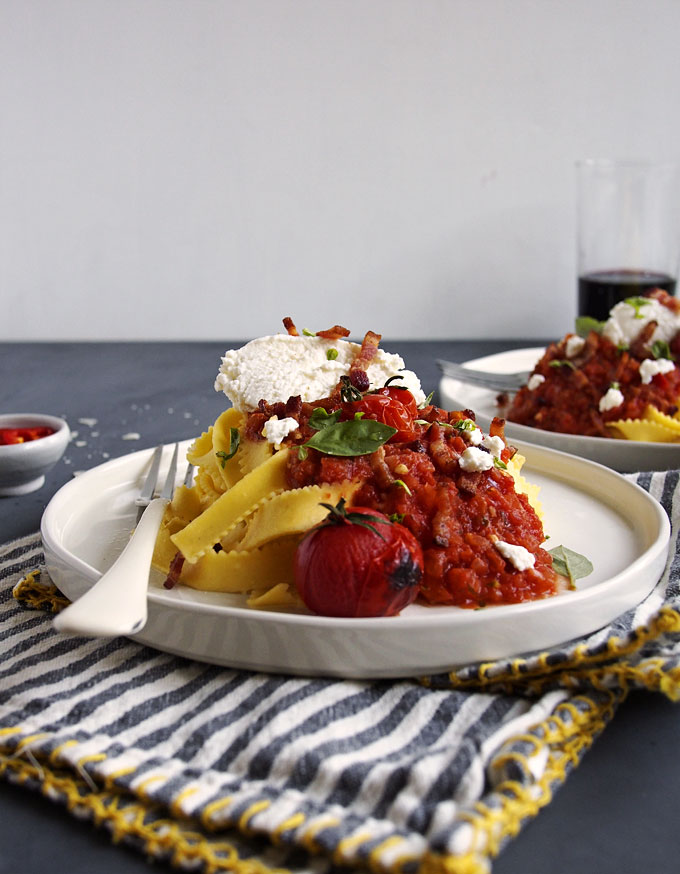 Go check out Cindy's beautiful photos of this dish, and show her some love!

ALSO: I know I promised chilaquiles today... and I have not forgotten! I just forgot I'd planned to post this today, so chilaquiles coming on FRIDAY! I PROMISE!