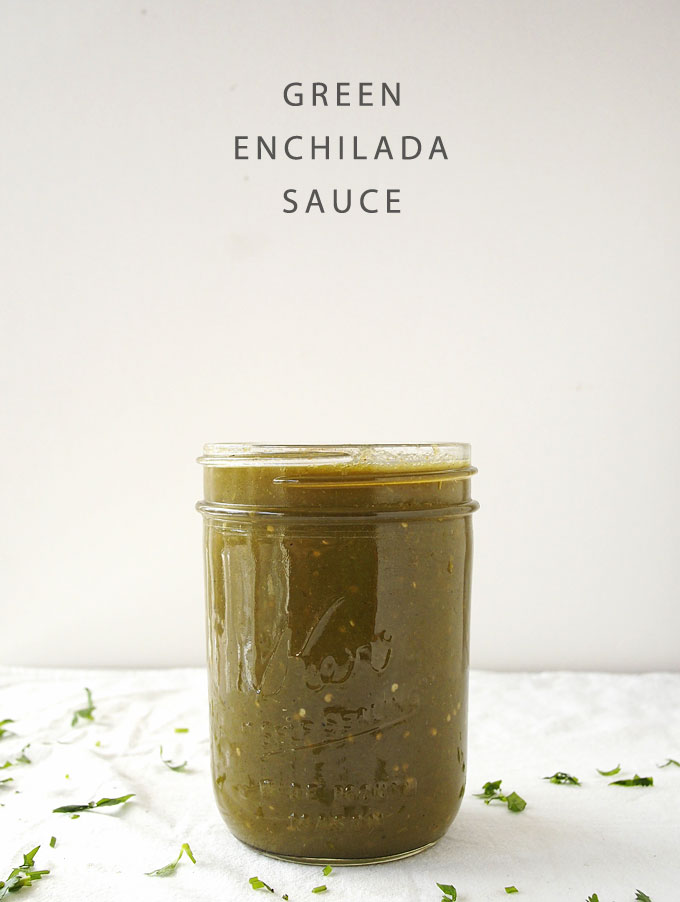 My love for all things green runs reaaaaaal deep. Like, REAL deep. Super deep. It's been my favorite color for at least 22 years now (I remember very consciously deciding, around age 5), and I'm sticking to it. Chile verde! Spinach! Green smoothies! GUAC! They all have my love. Trees! Shrubs! ANYTHING WITH CHLOROPHYL! Yeah, I went there. 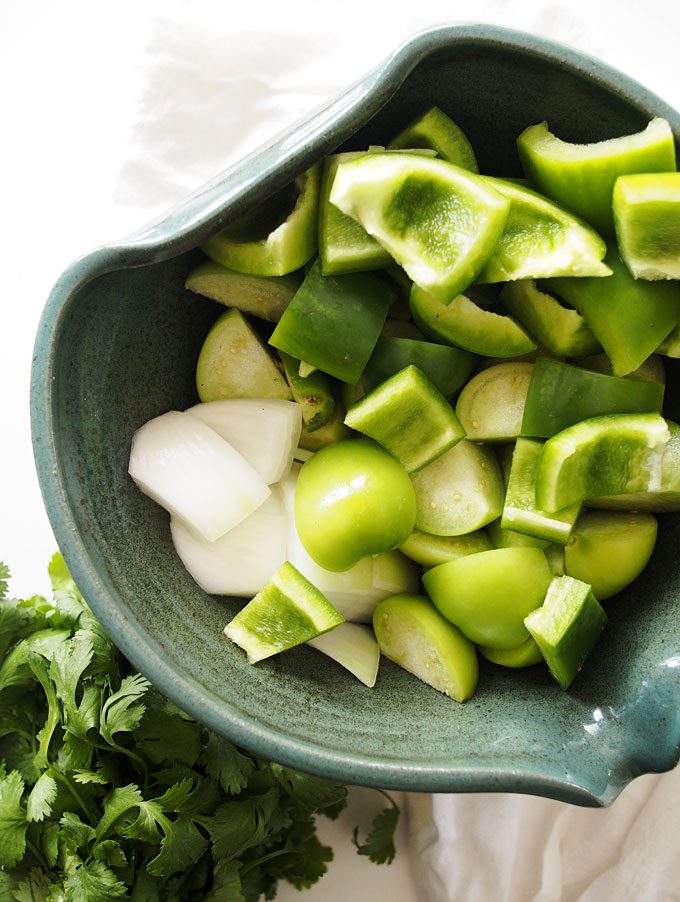 When it comes to Mexican food (or fake Mexican food...) I almost always take green over red sauce, when given the choice. It's so darn tasty! So, when I found myself with more tomatillos last week, I thought: GREEN ENCHILADA SAUCE! I was feeling super ambitious about making enchiladas, which never happened. But, chilaquiles did! A new kind! I'll come 'atcha with those on Wednesday! 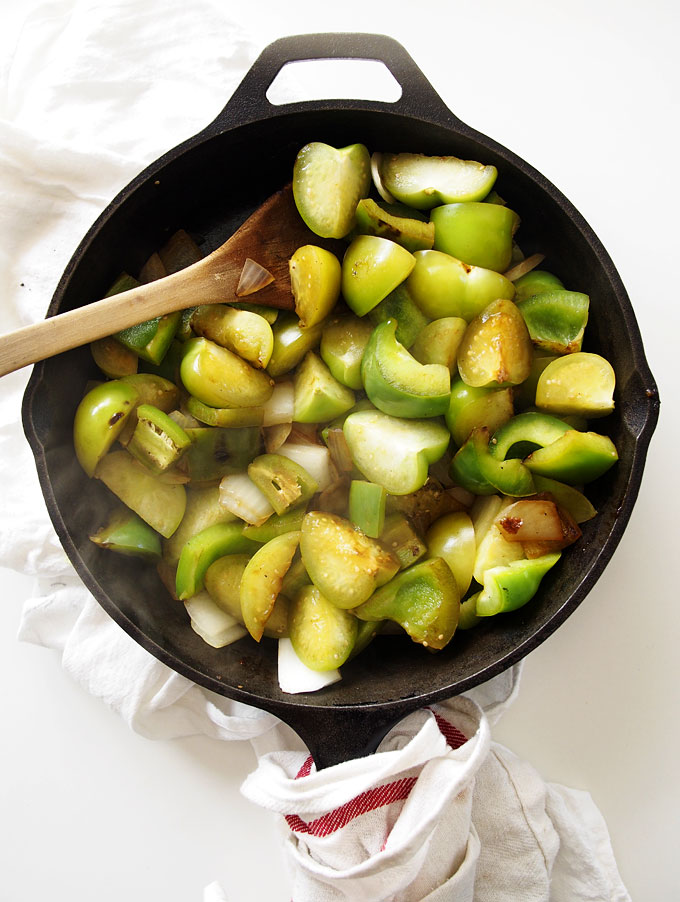 This sauce is pretty simple — all the usual suspects: tomatillos, onion, garlic, green peps, something spicy, veggie stock, etc. Basically, cook it up, blend it up, simmer it down! Easy shmeazy. YOU CAN DO IT! Then, if you're more ambitious than I... make enchiladas!!

Have a wonderful week! xoxo