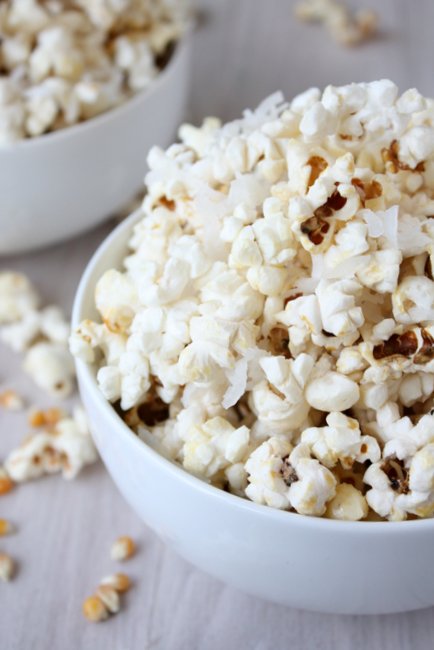 Perhaps also known as coconut kettle corn? I’m still wrapping my mind around this one!

Over the last few years, I’ve done a few things I’m proud of. Traveled alone in Central and South America, made some awesome new friends, BQed in my first marathon, moved to a new state, started this blog — the list goes on. Really though, one of my proudest achievements over the last few years is this: successfully teaching Derek how to text. YES. 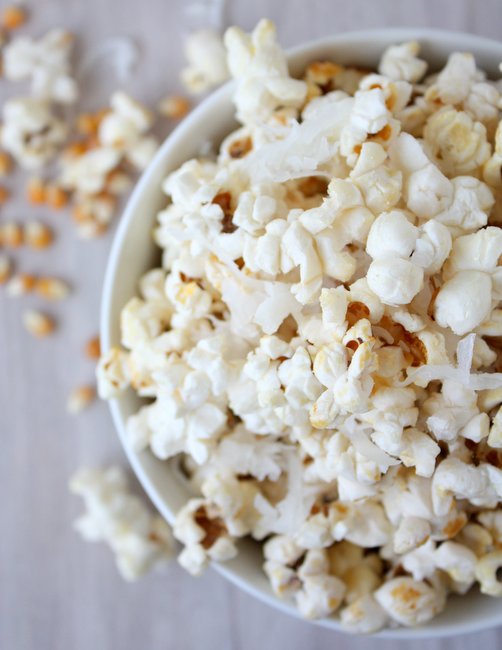 Obviously, he knew how to text before I came along. Buuut… He wasn’t super awesome at it. Texts were few and far between, pretty business-like, etc. Now? Now he’s a texting machine! He’s learned that life is much better when he texts me lovey-dovey notes all throughout the day, and responds to MY lovey-dovey texts. He’s a pro now! I would post some examples here, but he might kill me. I have them though… saved as pictures on my phone! You’ll have to take my word for it for now!

My list of “things to teach Derek” is pretty short: the only thing I can actually think of right now is to get him to love coconut! I’m not holding my breath on this one, it really might never happen, but we are on track — he loves coconut OIL. Um, hello? That’s SUPER coconutty [is that a word??]! I’ll get there eventually. Needless to say, this popcorn was not something he willingly tried. Or, really tried at all. 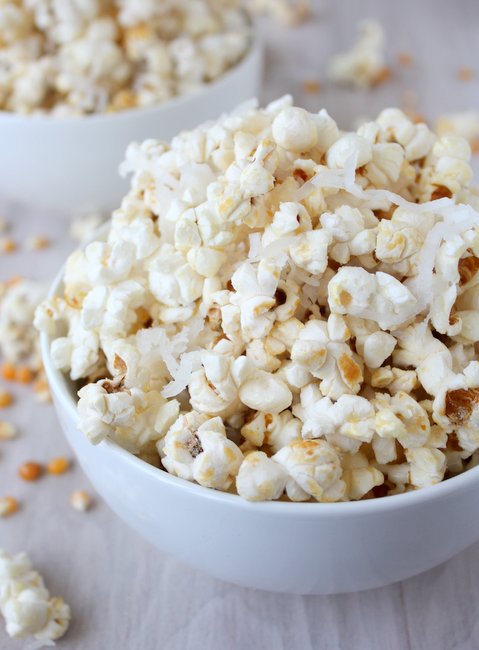 I, on the other hand, LOVED this popcorn! LOVED! It was sweet and crunchy, like all good kettle corn is, but with a distinct coconut flavor from the coconut oil, and then with sweetened coconut flakes… WHOA. Awesome. This may have been my lunch one day last week. Oops.