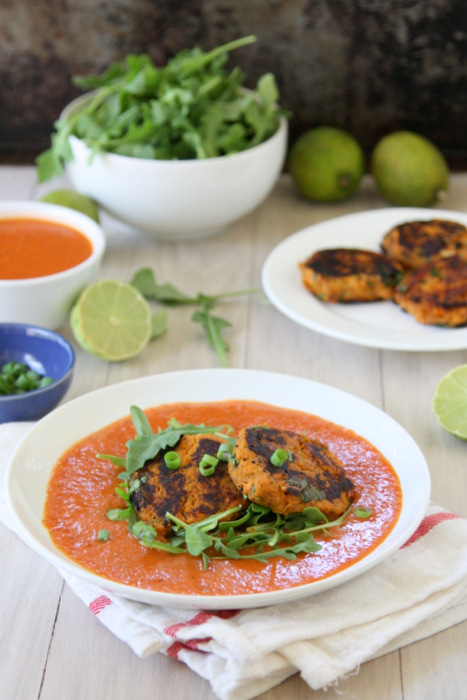 Apparently I really like making vegetable cakes. Patties. Whatever you want to call them. First, black bean cakes (my FAVORITE). Then we've had jalapeño corn cakes, sweet potato quinoa cakes, chickpea veggie patties, and I'm sure many more I'm forgetting. Oh yeah, the spicy zucchini fritters! Something about taking vegetables, mushing them into little patties, and crisping up the sides gets me EVERY TIME! Healthy, but delicious. And eaaasy. 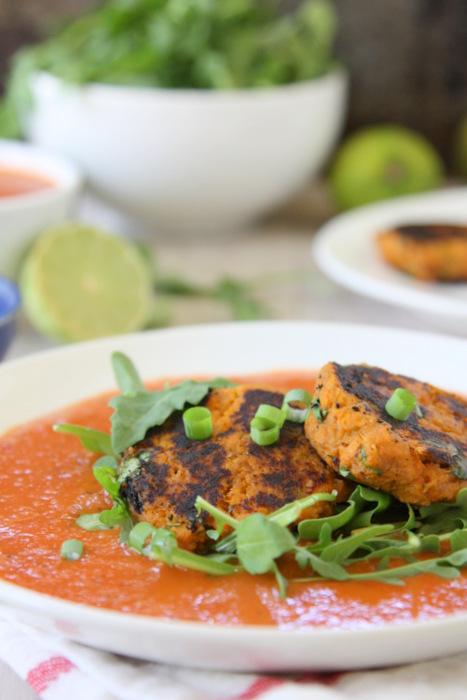 I've been craving sweet potatoes lately, so these were a product of that insanity. I was hankering for some sweet potato fries, but still lacking a working oven, so I went this route instead. I cooked up some sweet potato and garlic on the stove (you could do this in the oven, if you have one!), mashed them up with some spices, then pan fried them in little patties. 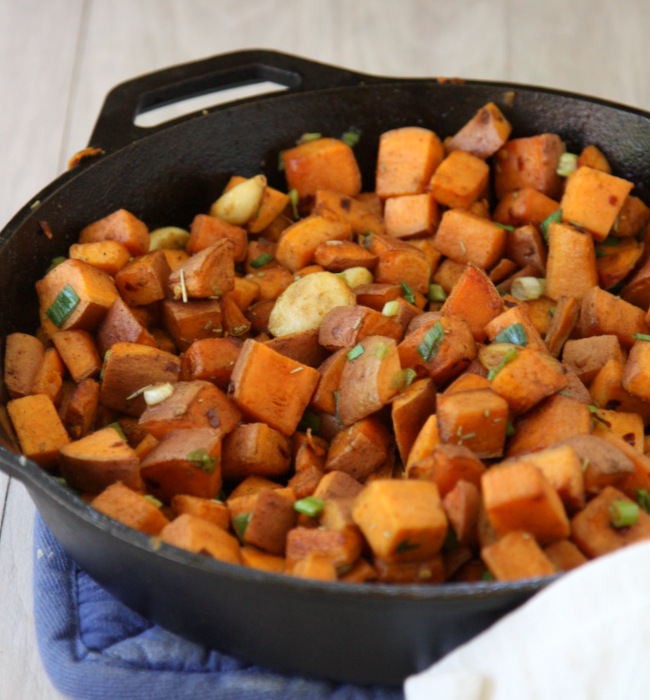 The sauce for this is ESSENTIAL. Seriously, it makes the dish. It's spicy, REALLY flavorful, and downright incredible. Don't skip it. 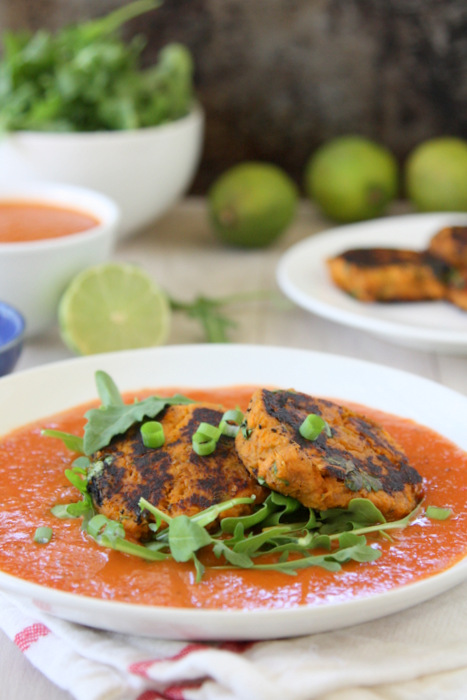 I served mine on a bed of arugula, which I though was perfect for some texture, greens, and a little bite. I'm sure these would also be great on a bed of rice or quinoa.  My patties were not incredibly sturdy, enough to flip and stay together but still pretty fragile... if you want more structure, add whole wheat flour one Tablespoon at a time, until the mixture is a bit more dry. 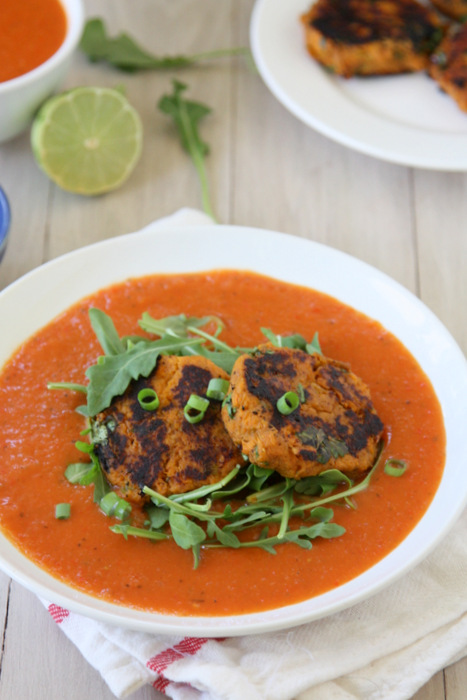