Notice: Function add_theme_support( 'html5' ) was called incorrectly. You need to pass an array of types. Please see Debugging in WordPress for more information. (This message was added in version 3.6.1.) in /var/www/wp-includes/functions.php on line 5831 Smoked Salmon and Goat Cheese Skillet Pizza Recipe

OK, I’m pretty proud of this recipe. Yes, it’s like a little kid being incredibly proud of tying their shoes: it might not be that praise-worthy in the grand scheme of things, but I was REALLY excited to have figured out a way to make pizza WITHOUT a fully-functioning oven. BTW — we now DO have an oven (yaay!), but 2.5 weeks without one was cause for some creativity… which you may be seeing here for the next little bit. 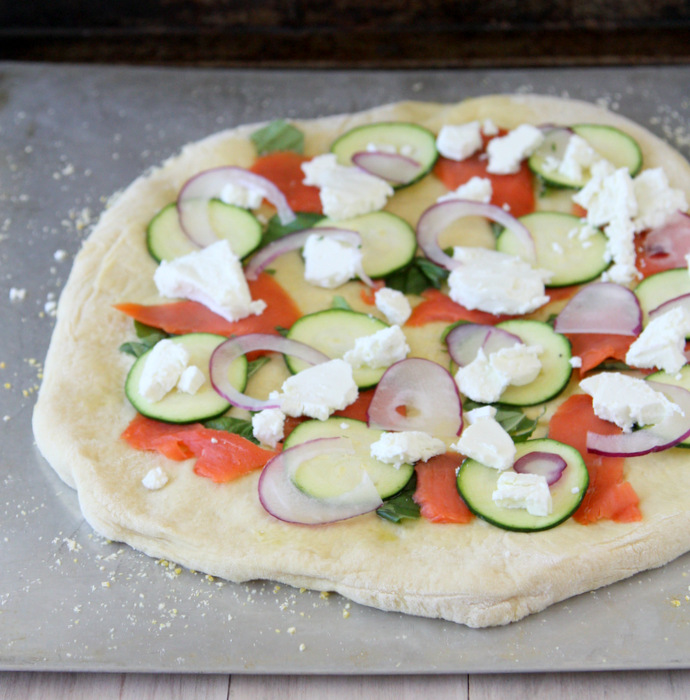 Now, I don’t know why I didn’t realize it earlier, but even with the broken/exploding oven, I finally realized I could still BROIL! Oh hallelujah. I did a bit of research on how other people cook their skillet pizzas, and discovered I could totally make a pizza without having a normal oven. It would just take a bit more coordination than I actually have. 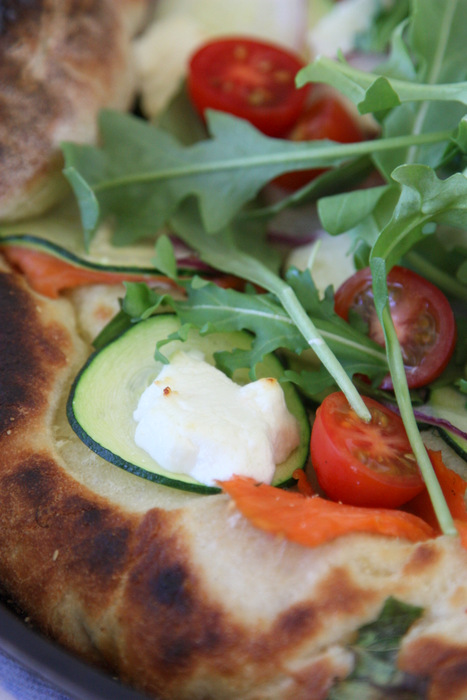 This was attempt number one, which was a bit sloppy and lopsided. I’ll show you attempt number two soon, but trust me when I say it was much better and turned out much less lopsided! The basic approach to this skillet pizza is: heat up a heavy cast-iron skillet on the stove-top for a good 10 minutes. Get it ridiculously hot. Prepare your pizza on a pizza peel (or cookie sheet, if you’re me), generously sprinkled with cornmeal. This is where I got in trouble. Once the skillet is hot, and your pizza is all assembled, slide the pizza into the ridiculously hot skillet (without ruining your perfectly assembled pizza). 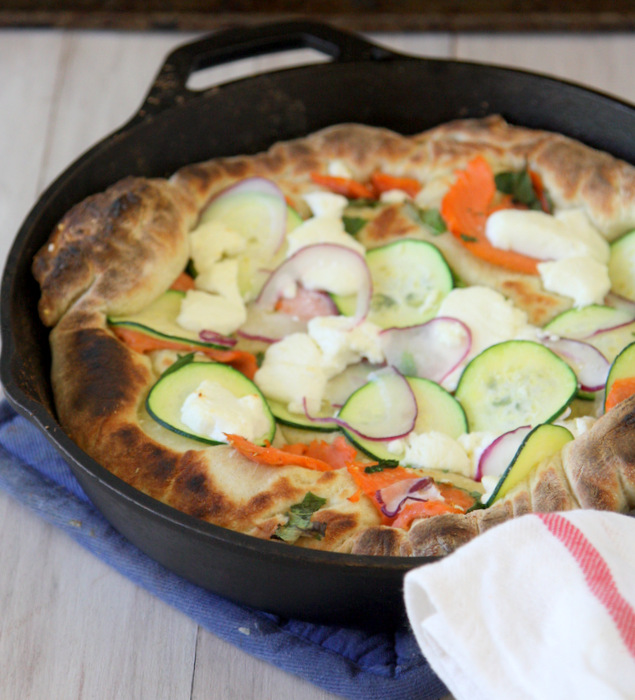 You cook it on the stove for just a little bit, then broil it for a few minutes. Voila! You now have a wonderful QUICK pizza! 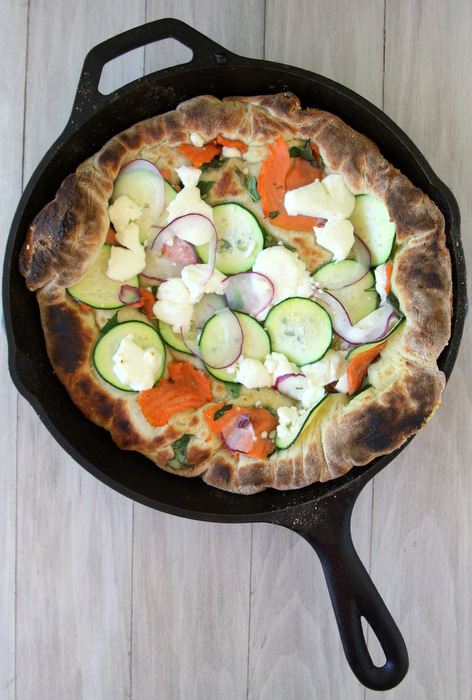 As for the flavors here, I just couldn’t resist combining everything in our fridge… which included goat cheese, smoked salmon, and some veggies! Why not, right? Right. Get on it!