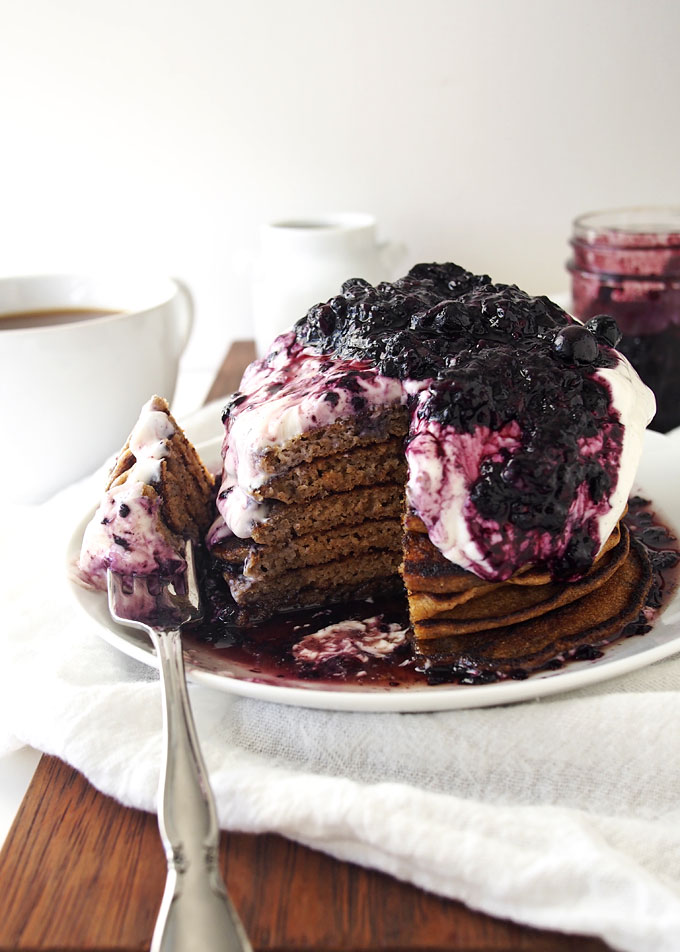 It's Saturday! And apparently it's National Pancake Day! And for me, it's kind of a work day. OOF. Not that I'm complaining — you guys know I love my work — BUT: something about "working" on a Saturday feels a bit wrong to me. But, given that I took the last 2.5 days to camp and climb and enjoy good company in the great outdoors... I guess that was my weekend, and today/tomorrow I'll GET IT DONE! WOOHOO! 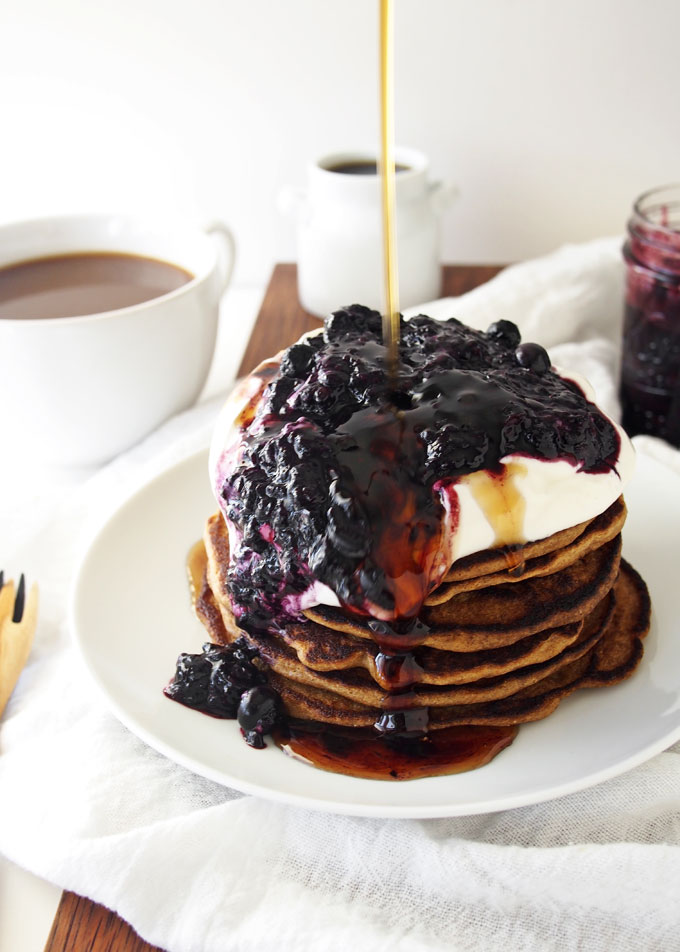 Even though I'm working, I figured I should still indulge in a little Saturday morning relaxation. Luckily, making pancakes as "relaxation" overlaps with "work" for me! Um, how much better can this job get? Fo reals. I'm grateful! After my few days of climbing (and now being exhausted/sore) and camping (waking up semi-early with the sun), it felt REALLY strange to wake up naturally at 7:45 today — I had that "OMG IT MUST BE NOON" feeling until I looked at my clock. Whew. 7:45. An acceptable time for an adult to wake up, right? I think so. 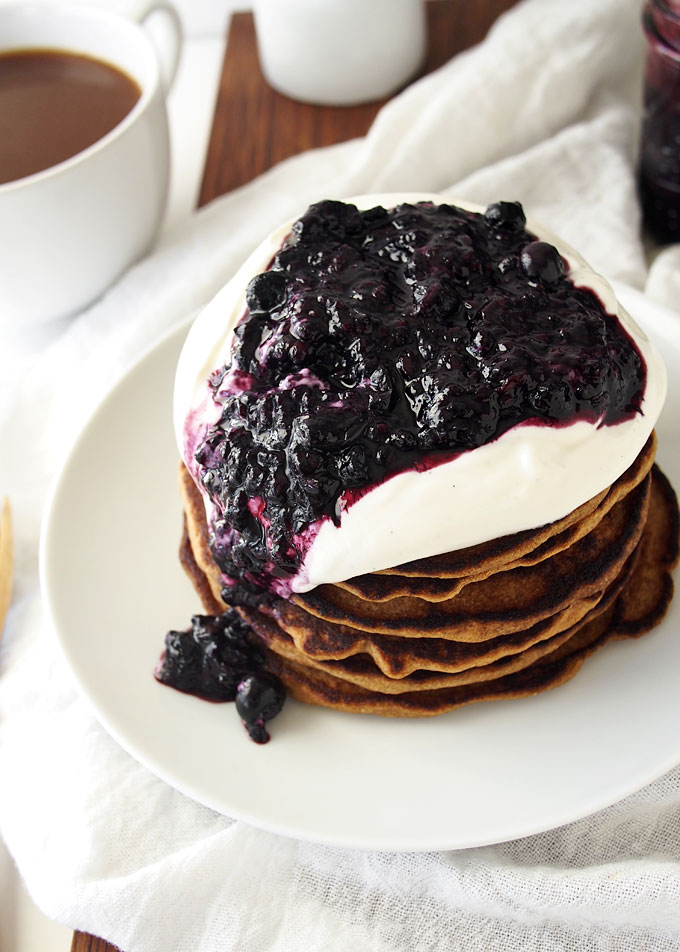 I really wanted to call these pancakes "whole wheat brown butter cinnamon pancakes with apple cider vinegar mixed berry compote" ... but that is 100% obnoxious and I am very against obnoxiously long post titles. Usually. But that would have been more accurately descriptive! I used white whole wheat flour, some leftover buttermilk, heaps of cinnamon, frozen mixed berries — and the other usual stuff. Pretty straight forward. I also put a tiny bit of cornstarch in the compote, but I'm not sure it was actually necessary. I'm not a compote expert — anyone have an answer there? I wanted it to thicken just slightly, and thought the apple cider vinegar might help with that... but didn't want to be reckless. RECKLESS COMPOTE MAKER!?!? HOW DARE YOU!? Sorry. 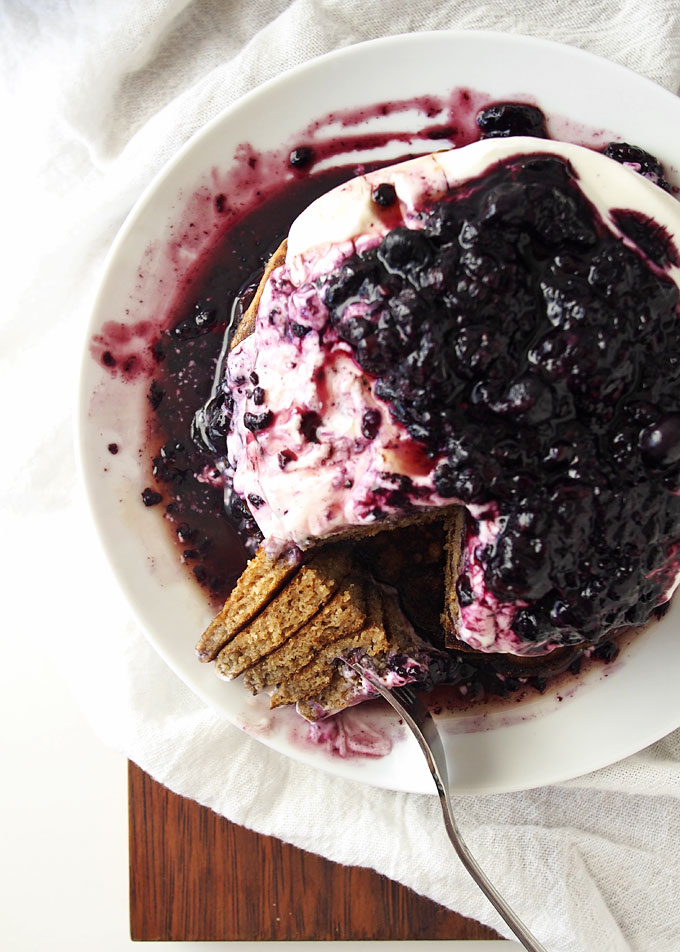 Have a wonderful weekend! Make some pancakes! Or some breakfast pasta! Or cinnamon rolls! Clearly I'm a breakfast fanatic. xoxoxo